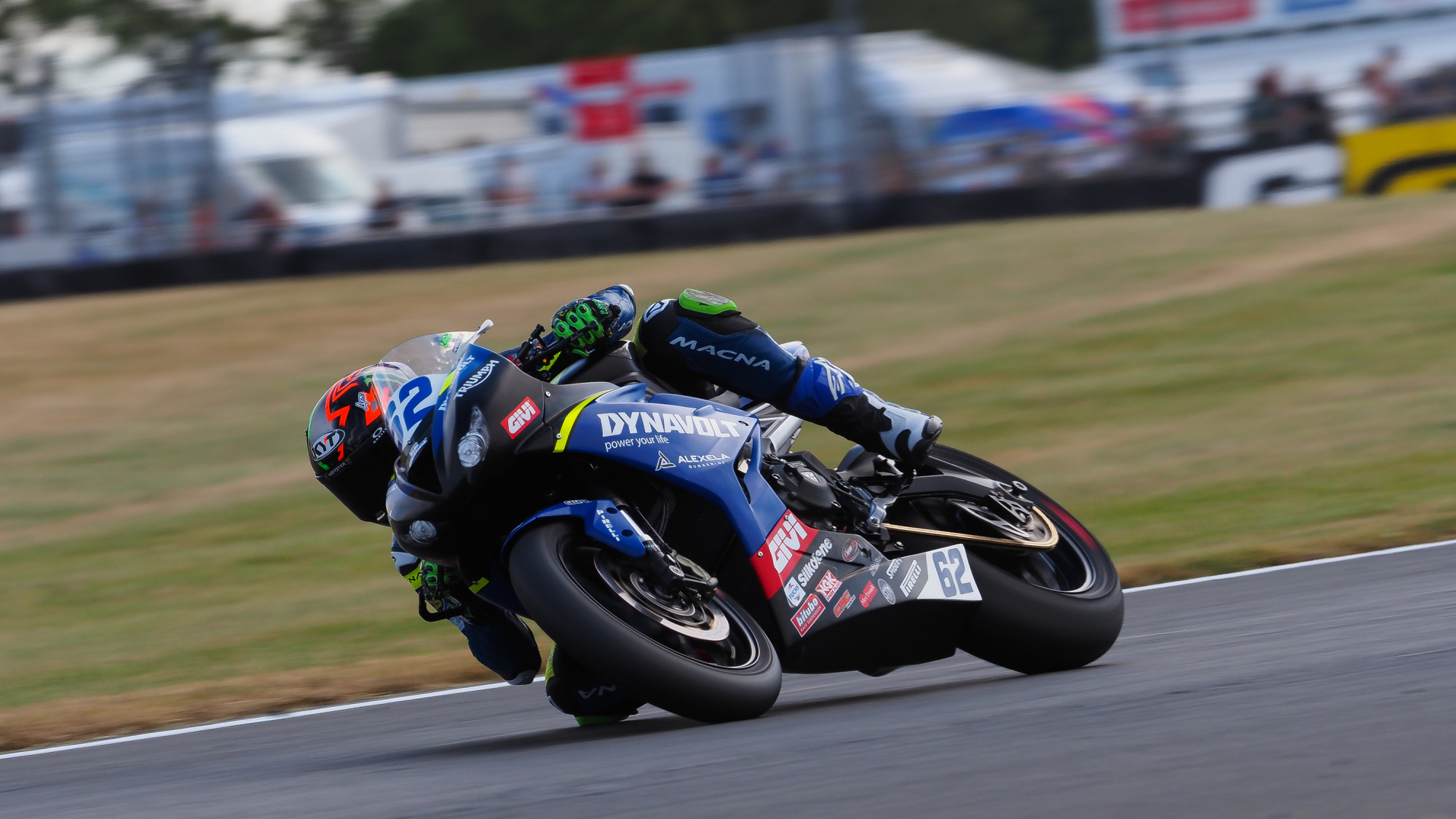 After three top-seven finishes at Donington Park, British manufacturer Triumph have their sights set on a first rostrum visit since 2012

British manufacturer Triumph competed in the FIM Supersport World Championship for the first time since 2018 at the 2022 Prosecco UK Round held at the iconic Donington Park venue, and both Stefano Manzi (Dynavolt Triumph) and teammates Hannes Soomer put on a show in front of the large crowd that gathered in scorching temperatures in the British countryside.

Triumph’s pace was on display from Friday as Soomer took fourth place in FP1 and ninth in FP2, with Manzi 16th and 10th in both sessions. In the combined classification, the two Triumph riders were ninth and tenth with Soomer and Manzi respectively as they started the manufacturer’s home round strongly.

In Saturday’s Tissot Superpole session, Soomer put his Street Triple RS on the third row of the grid with ninth while Manzi was 18th. Race 1 was a dramatic affair with a red flag on the opening lap, with a shortened 12-lap restart waiting for the WorldSSP field. Despite losing seven laps from the original distance, rookie Manzi was able to fight his way up from 18th on the grid to finish in sixth.

Discussing Race 1, Manzi said: “It wasn’t easy for me because I started 18th so we were struggling before the red flag but in the second one, after a few laps one rider crashed in front of me and I had to go on the grass so I lost a lot of time. Then I came back. P6 finish is not bad but that is not what I want when I come here.”

In Race 2, Manzi battled his way up to fifth place from the middle of the grid as he showed off his race craft once again, giving Triumph and the team valuable points in the Championship battles. Estonian rider Soomer was battling for fourth place in Race 2 but a gear selector issue forced him to retire from the race.

On Race 2, Manzi said: “So Sunday was also a good one. We made a step from Race 1 because that was the result from crashes in front of me but today, just a few crashed so we gained all our positions. I am happy to be able to finish the race.”

Soomer acknowledged the positives of his race despite the retirement, saying: “I’m disappointed with the result but to take positives we were quite fast, and we had a good race up until the technical problem. If we continue with this speed, we will be not so bad in Most.”

Team Manager Simon Buckmaster, reflecting on the weekend as a whole, said: “Another good ride from Stefano. Realistically we are getting there with the pace, we probably need three tenths a lap to be right on the pace and that’s a credit to Triumph and everyone in the team for making the strides forward that we are making. Hannes made a really good start and was challenging in fourth place when he had to pull in. We’ve had virtually no reliability problems with the Triumph 765 RS Street Triple in 2021 or 2022 so we will have to investigate that but I’m really sorry for Hannes and his whole crew as he was riding fantastically. Both riders looked really good on the pace. We need to go again and make that final step to try to challenge for the podium at the next round in Most.”