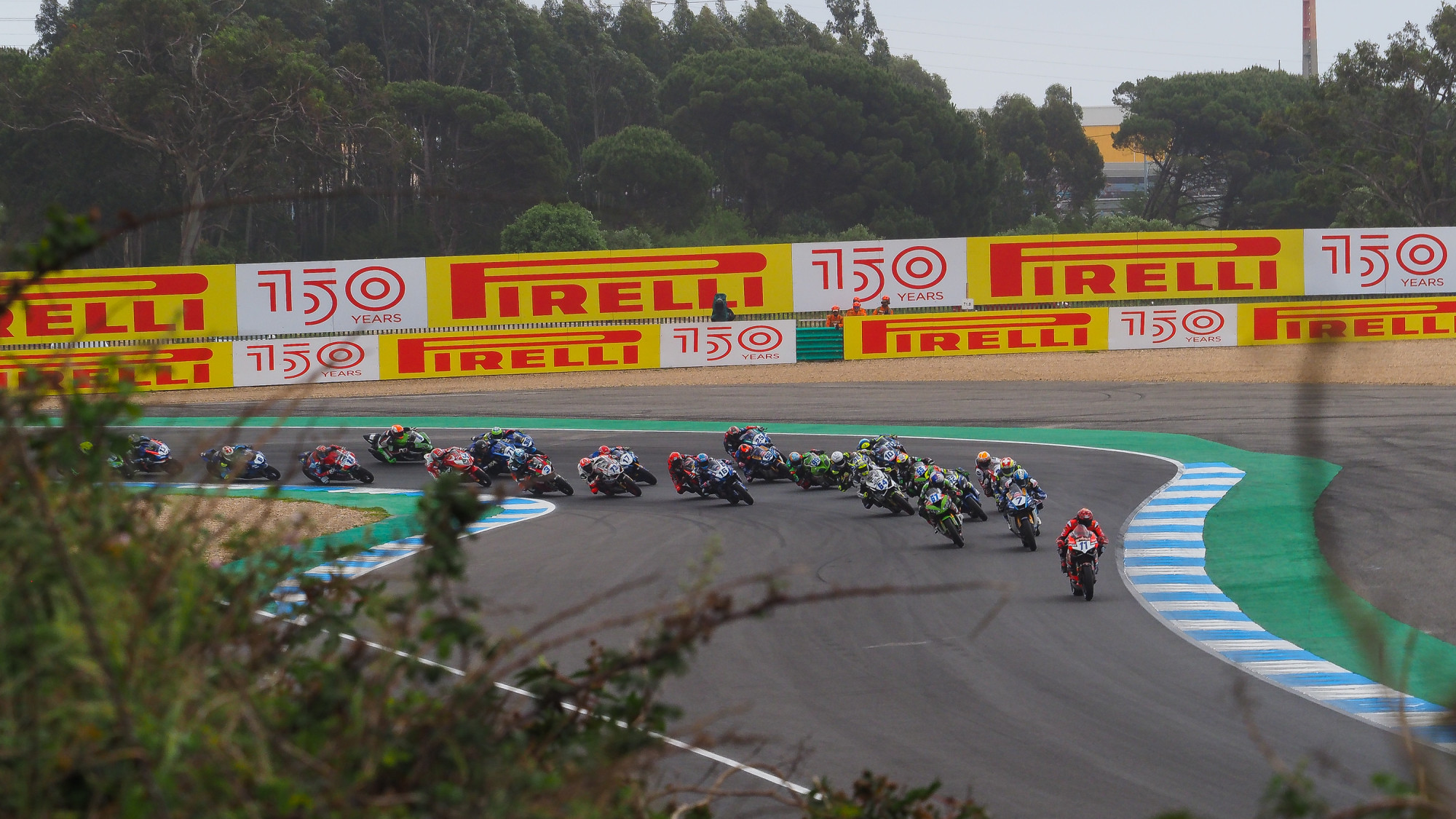 The reigning Champion leads the way but will he be reeled in by some home heroes going for glory?

The 2022 FIM Supersport World Championship strolls into Italy for the Pirelli Emilia-Romagna Round from the Misano World Circuit “Marco Simoncelli”, where everyone will be eager to chase down Dominique Aegerter (Ten Kate Racing Yamaha) at the front. The Swiss rider has won the last five races and achieved a double at Misano in 2021, so is a clear favourite, although the Championship leader will have stiff opposition as his rivals hope to get closer – including the home heroes.

AEGERTER VS THE HOME HEROES: a duel on the horizon in Misano

Getting his title defence off to a flying start, Dominique Aegerter is clear at the front of the World Supersport Championship tree by some 44 points, and he will hope that the gap is extended to beyond a magic 50 come the close of the Misano weekend. Aegerter, who as well as leading the WorldSSP standings is also the leader in the MotoE™ World Cup, aims to make it another double and therefore make it an out-and-out record for the longest winning streak for Ten Kate Racing by a single rider. However, he’s going to have to fend off Lorenzo Baldassarri (Evan Bros. WorldSSP Yamaha Team), with the Italian second in the standings as he and his team go into their home race. ‘Iron Balda’ won at Misano in the 2016 Moto2™ Grand Prix, whilst third in the Championship is Ducati star Nicolo Bulega (Aruba.it Racing WorldSSP Team). He, like Baldassarri, is going for home glory, but can he give Ducati a first win in WorldSSP since their return on home soil?

Fourth place in the Championship belongs to Glenn van Straalen (EAB Racing Team), with the Dutchman being a real revelation so far in 2022. Misano has never been a happy hunting ground for him but he’s a different rider now, so expect a first top ten at the circuit to come this year, perhaps even a podium challenge. Can Oncu (Kawasaki Puccetti Racing) occupies fifth place as the Turkish star continues his quest for a first race win in the class. He took eighth and a retirement last year at Misano but will hope to give the Puccetti outfit a home round to remember. His teammate, Yari Montella, also comes home for the first time in WorldSSP and having finished the last five races well, a first podium at home will be a perfect follow-up to his career-best fourth at Estoril last time out.

With Niki Tuuli (MV Agusta Reparto Corse) out through injury after the amputation of three toes following his Estoril Warm-Up crash, the next best is Hannes Soomer (Dynavolt Triumph), who is top Triumph. The Estonian has scored points in all but one appearance at Misano, with a best of seventh in 2019 for Honda. Whilst he’s scheduled for a 75th career start in WorldSSP, Federico Caricasulo (Althea Racing) is chasing a return to winning ways at home. On the podium in three of the last five WorldSSP races at Misano, including a win in 2018, Caricasulo is getting stronger each round with the Ducati machinery. Completing the top ten in the Championship standings is rookie Adrian Huertas (MTM Kawasaki), as he arrives to Misano off the back of a career-best seventh in Race 2 at Estoril, whilst Kyle Smith (VFT Racing) is next up, having taken a podium last time out with second.

FURTHER BACK: big names and fresh faces keen to shine

There’s plenty of other names to watch out for further down, with Stefano Manzi (Dynavolt Triumph) and Jules Cluzel (GMT94 Yamaha) being two of the main ones in 12th and 13th overall respectively. Manzi will hope that his home round sees him podium contention, whilst Cluzel hasn’t finished in the last three races. 14th belongs to Oli Bayliss (BARNI Spark Racing Team), who took a career-best sixth last time out, whilst Raffaele De Rosa (Orelac Racing VerdNatura WorldSSP) in 16th will hope his home round can bring a strong result. Behind them, Estoril sensation Ondrej Vostatek (MS Racing Yamaha WorldSSP) will aim for further top ten success, whilst wildcards Luca Ottaviani (Altogo Racing Team) and Matteo Patacca (Renzi Corse) will also be in the mix, Ottaviani having scored points at Estoril in 11th in Race 2.

Get your FREE Official Programme here and enjoy the action from Misano and beyond with the WorldSBK VideoPass!