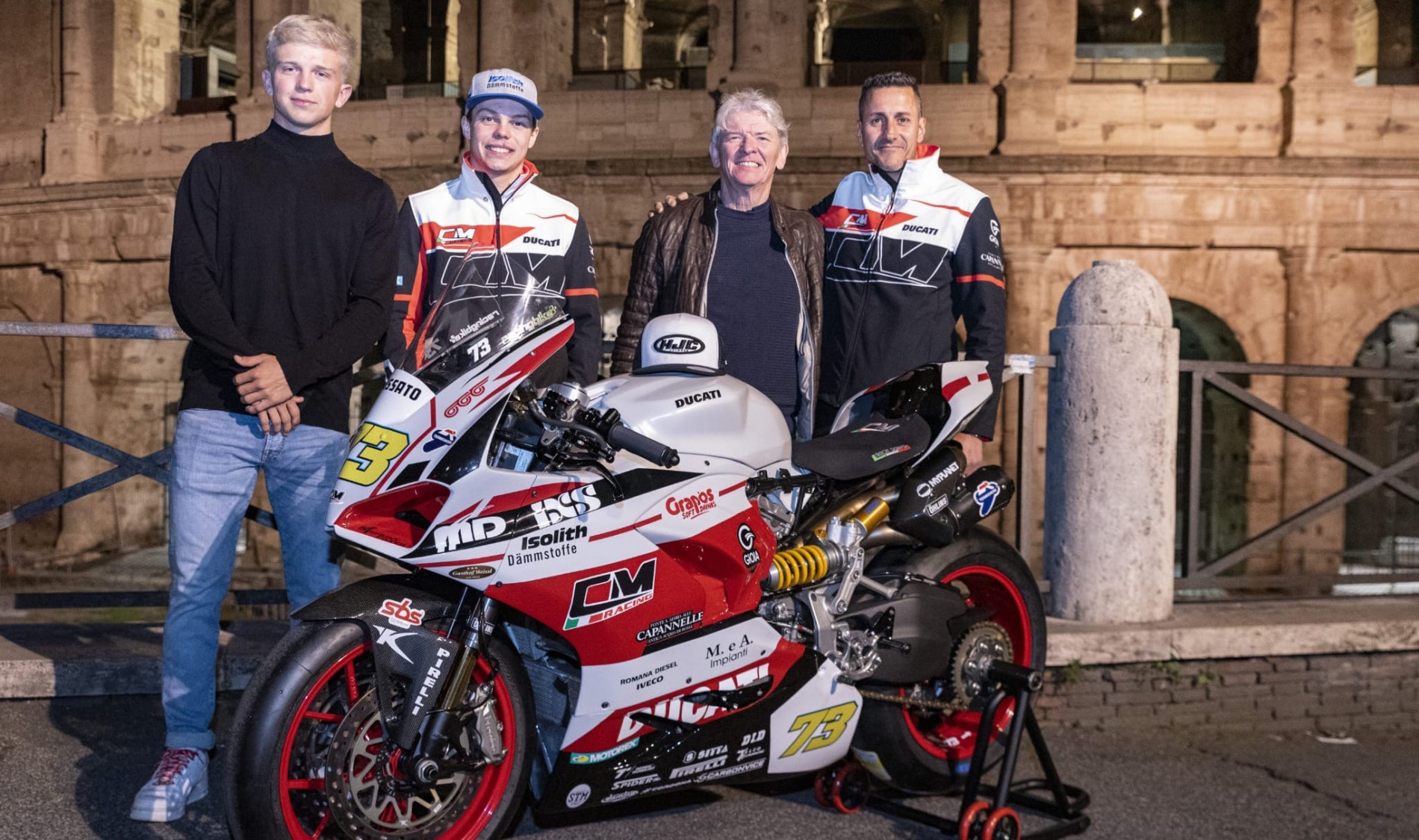 The 2022 FIM Supersport World Championship’s trip to Donington Park for the Prosecco DOC UK Round will feature the return of Danish rider Simon Jespersen, who will wildcard with the CM Racing team and their Ducati Panigale V2. Jespersen has been a top ten finisher in WorldSSP before and will hope to return the CM Racing team to points this season, with Alessio Cavaliere’s structure doubling its efforts for the fifth round of the season.

Born in Copenhagen, Jespersen has already raced in WorldSSP; in 2021, in two rounds as a substitute he managed to achieve top ten finishes and even lead a race, with an eighth position as his best result. This season, he was a substitute rider during the Estoril Round and claimed points. In his usual racing season, he’s been competing in the CIV Supersport class, riding the Ducati Panigale V2 955 of the Schacht Racing Team, a team supported by the CM Racing Team. He’s taken three sixth places as his best results. Jespersen is also racing in the Spanish Superbike class, where he has come close to the podium with two fourth places.

Talking about his wildcard, Jespersen said: “I am really happy about this opportunity, from which I will try to make the most of. In the WorldSSP Championship, the level is very high, but I am sure that by working in the right way, we will be able to prove ourselves. I would like to thank Kristian Scov Petersem and the whole Schacht Racing Team, the CM Racing Team, my sponsors and my family.”

Alessio Cavaliere, team principal for CM Racing, shared the excitement): “As we all know, it was our aim from the start of the season to allow Simon to play his cards in WorldSSP, working with the Schacht Racing Team, and now the moment has come. We are all convinced that he is a very fast rider, who can be fast and at the same time help Maximilian, with his greater experience, to improve quickly. Together with the Schacht Racing Team we want to continue our policy of helping young riders, so we are very motivated.”

It’s been a year of learning for the CM Racing outfit, who switched from Yamaha YZF-R6 machinery to the Ducati Panigale V2 for 2022. With rookie Maximilian Kofler leading the way, the Austrian has made steps but is yet to score points, with his best result being 16th place on two occasions – Estoril Race 2 and Misano Race 1.

Watch the season unfold in style with the 2022 WorldSBK VideoPass!