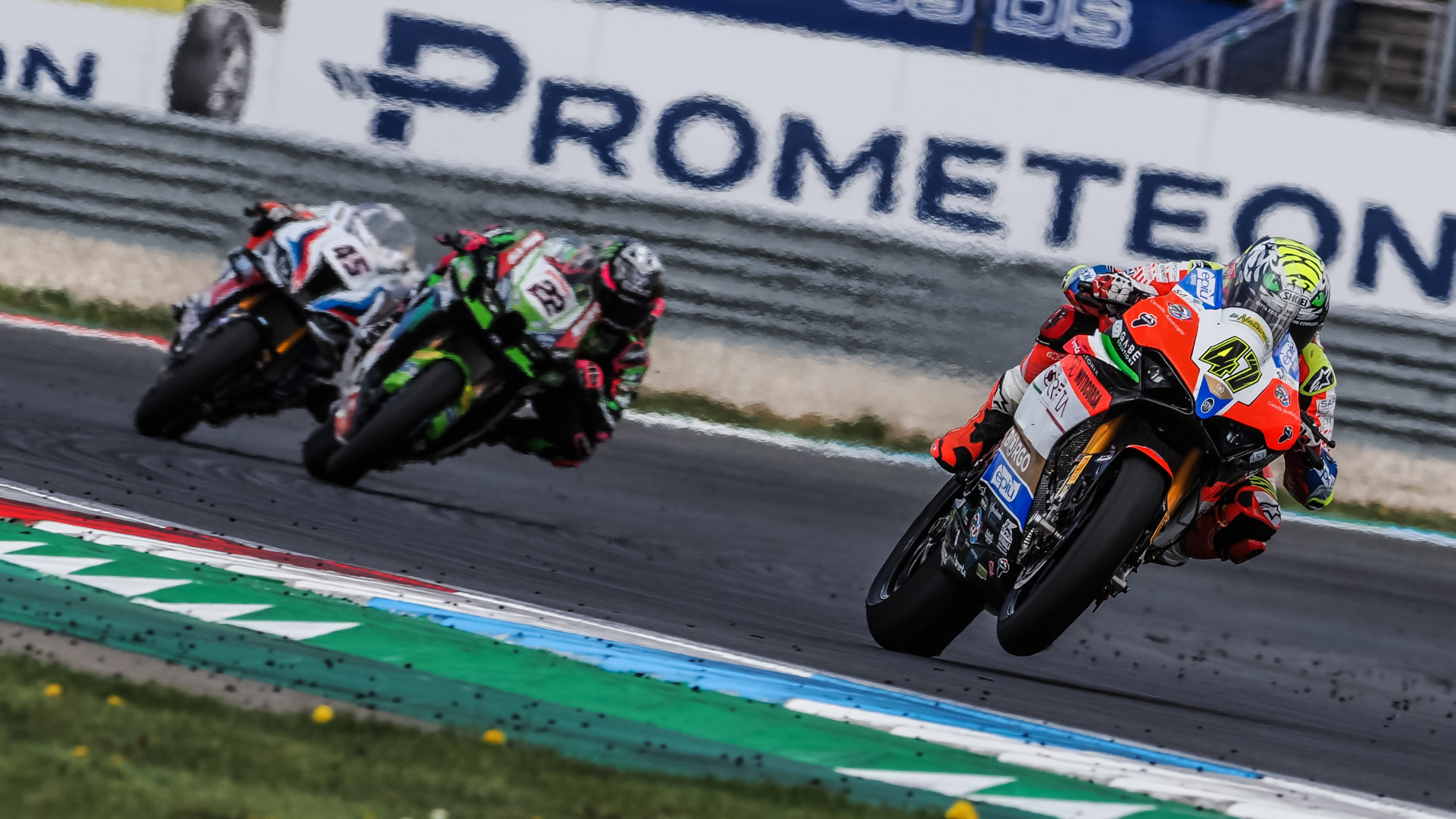 Breaking into the top six, career-best finishes and big gains towards the top ten…

The 2022 MOTUL FIM Superbike World Championship’s second round at the TT Circuit Assen in the Netherlands was a cracking event, with plenty of stories up and down the field. At the head of the pack, a rivalry came to blows and the Championship race burst open as Toprak Razgatlioglu (Pata Yamaha with Brixx WorldSBK) and Jonathan Rea (Kawasaki Racing Team WorldSBK) clashed and crashed in Race 2, whilst Alvaro Bautista (Aruba.it Racing – Ducati) took victory and an 18-point lead in the standings. However, further down the order, there was plenty of reasons to smile as Loris Baz (Bonovo Action BMW) and Axel Bassani (Motocorsa Racing) took top six finishes as Independent riders across the weekend, whilst others also made big gains at Assen.

BAZ BATTLES HARD: progress is made

Starting with Loris Baz, the Frenchman’s return to the WorldSBK paddock is going well, as he managed a first top six of the season in Race 1 in the Netherlands before backing it up with a sixth place in the Superpole Race. It was particularly impressive from Baz in the Superpole Race, having been eleventh in the early stages before getting to tenth with two laps to go. In those final two laps, it was a fantastic ride as he picked his way through the field and snatched sixth, matching Race 1 and indeed the Bonovo Action BMW team’s best result in WorldSBK. Race 2 didn’t go to plan, as he clashed with Kohta Nozane (GYTR GRT Yamaha WorldSBK Team) going into Turn 1, sending the Japanese rider into the gravel, whilst Baz himself crashed a lap later at Turn 8.

Speaking about his Saturday result in his media debriefs, Baz said: “I just want to get on the box; it’s more painful to be in the Parc Ferme, being top Independent. I’ve been there already too much in my life without being on the box. I think it’s important and if we all keep the same energy, work in the same direction, we can do it. Scott’s getting better, Michael is coming back, I really hope Eugene is fully fit for Estoril and if we all work together, we will get on the box soon. We’re not where we want to be, but we will get there.”

BASSANI CONTINUES TO BE A RACE-DAY RIDER: doing it when it counts

For charismatic Italian Axel Bassani, his weekend was also a fine effort – steps were made in Free Practice as he ended Friday in tenth overall, having seemingly been well out of contention at Aragon on the opening day of the year. In Superpole, he squeezed himself onto the third row by less than half a tenth, before Race 1 saw him take tenth. He managed to maintain his third row starting position for Race 2 after ninth in the Superpole Race, before going on to fight for fourth in Race 2, crossing the line fifth but being classified as sixth after multiple track limits infringements.

Nonetheless, the 22-year-old was happy to finally have a strong showing at Assen: “Today was a very good race, I enjoyed it a lot! Finally, we had a good race! On Saturday, I felt bad – my problem, not of the bike. We did a good race and a good job; I arrived in fifth, but I touched the green, so I arrive sixth. It’s OK – I’m happy and I feel good for the next race.”

“The level of World Superbike is very high, so you need to put all of yourself into every lap. Sometimes, you go onto the grass but it’s normal; you must be on the limit but it’s good! I hope to win the Independent Riders’ title, it’s one of my goals. I am first in the standings now, so I feel good for this. However, there’re still a lot of races to do, so I’m really focussed, and I hope that at the end of the year, I can be in the top five of the final classification.”

There were some strong performances elsewhere on the grid too, particularly from Philipp Oettl (Team Goeleven), who was robbed of a strong Sunday showing in Race 2 after a technical issue. He was seventh on Saturday in Race 1, his best finish so far this season. For Lucas Mahias (Kawasaki Puccetti Racing), he was also finding form as he took a first top ten of the season with tenth in Race 2. 11th in Race 2, Roberto Tamburini (Yamaha Motoxracing WorldSBK Team) took his best ever finish, whilst it was a strong race weekend overall for his fellow Yamaha rider Christophe Ponsson (Gil Motor Sport Yamaha). Ponsson scored good points in both full-distance races with 12th in both, showing that he’s made gains as he edges closer to the top ten. Getting a first point of the season, Leandro Mercado (MIE Racing Honda Team) took 15th, one place behind a solid effort from Luca Bernardi (BARNI Spark Racing Team) in 14th.

Watch the 2022 title race unfold and see if any surprises come throughout the year with the WorldSBK VideoPass!