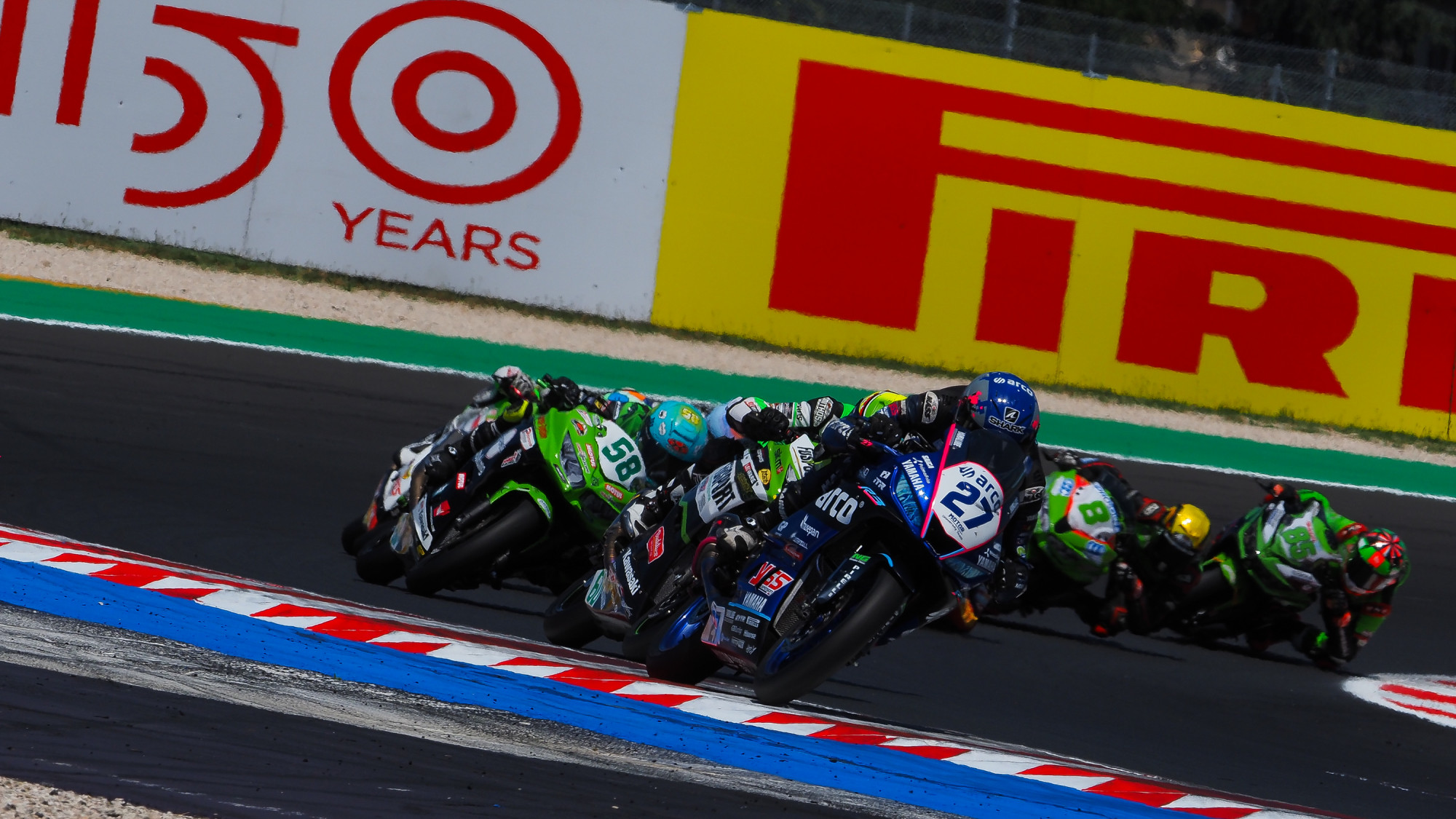 It’s been a longer break for the FIM Supersport 300 World Championship but after seven weeks since the Pirelli Emilia-Romagna Round, the Championship is back in action for its second visit to the Autodrom Most for the 2022 Prosecco DOC Czech Round. After two incredible races last season at Most, the Championship battle this season still rages on with four riders separated by 29 points at the head of the field.

WILL EXPERIENCE COUNT? The top two haven’t raced at Most yet…

Spanish duo Alvaro Diaz (Arco Motor University Team) and Marc Garcia (Yamaha MS Racing) lead the standings on 125 and 105 points respectively but face a challenge at Most, a circuit they are yet to race at. The pair are being chased down by Samuel Di Sora (Leader Team Flembbo) and Victor Steeman (MTM Kawasaki), both of whom raced at Most in 2021 with Di Sora claiming fourth in Race 1, whilst Steeman won Race 1 and finished fourth in Race 2. How will this impact the title fight? Yuta Okaya (MTM Kawasaki) is close behind this battle and, like Di Sora and Steeman, raced at Most last year; the Japanese rider aims to use his experience to close the gap in the title fight.

The Autodrom Most circuit in 2021 proved to be one of KTM’s strongest weekends as the Austrian manufacturer claimed 38 of their 81 points, taking a win and a fourth place across the Czech Round with Steeman. In 2022, Lennox Lehmann (Freudenberg KTM – Paligo Racing) is the sole KTM representative and he has made some impressive comebacks through the field this season. Lehmann has not raced there in WorldSSP300, but in the German IDM championship he claimed a win and a second place at Most on his way to the title in 2021; missing out on a double by just 0.001s. Lehmann is currently in a tight three-way battle for sixth in the standings with Hugo De Cancellis (Leader Team Flembbo) and Mirko Gennai (Team BrCorse), as just four points separate the trio who will be looking to close the gap to the five riders ahead of their group.

HOPING TO GAIN GROUND: riders look to gain in the Championship

Misano Race 1 winner Matteo Vannucci (AG Motorsport Italia Yamaha) used the gap to compete in CIV and win in Italy, but his attention now returns to WorldSSP300 and his Championship battle. The rookie is currently ninth in the standings and back from injury having missed Race 2 at Misano. He leads a group of riders including Inigo Iglesias (SMW Racing) and Bruno Ieraci (Prodina Racing WorldSSP300), covered by just five points. Can they close the gap to those ahead in the standings?

After sustaining injuries in preseason, Jose Luis Perez Gonzales (Accolade Smrz Racing) will be looking to make his first appearance of the season although the Spanish rider will need to pass medical checks. Petr Svoboda, who has replaced Perez Gonzales so far this season, will make a wildcard appearance on home soil for the same team while Filip Feigl (Genius Racing Team) also makes a wildcard appearance for the first time this season, and his second in total; his previous one came at Most in 2021, claiming 32nd and 20th in Race 1 and Race 2 respectively.

Follow every moment of action in style from Most using the WorldSBK VideoPass!