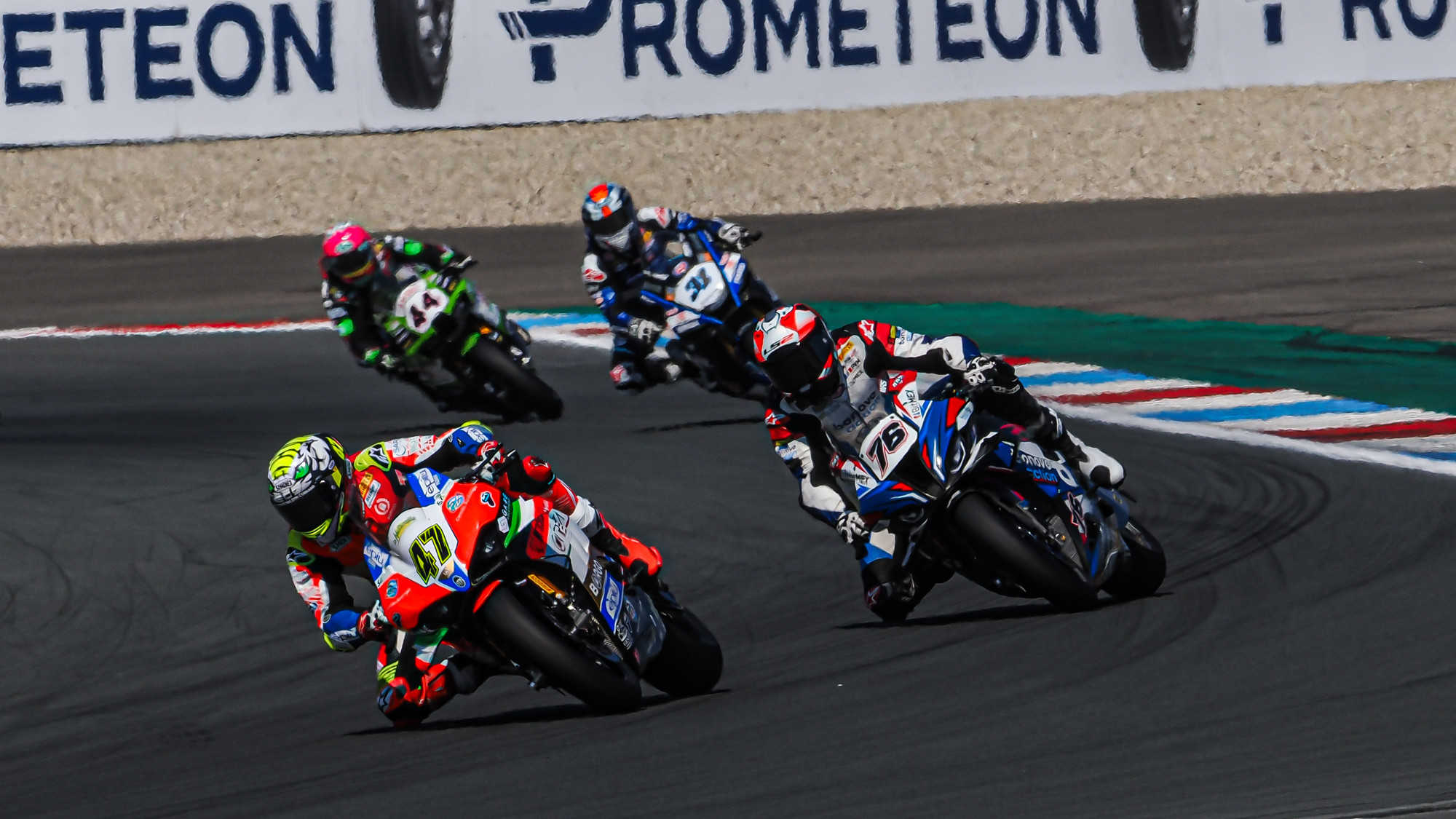 Will Bassani hold on to top Independent, or will he be hunted down by the riders behind him?

It’s been a sensational start to the season for some of the leading Independent riders on the 2022 MOTUL FIM Superbike World Championship grid, with Axel Bassani (Motocorsa Racing) and Loris Baz (Bonovo Action BMW) being the stand-out performers so far. However, they’ve not been the only riders to shine at the pointy end of proceedings, with Philipp Oettl (Team Goeleven), Garrett Gerloff (GYTR GRT Yamaha WorldSBK Team) and Lucas Mahias (Kawasaki Puccetti Racing) have all shown flashes of brilliances, making for an exciting season of action to come.

Starting with the rider who is the current Independent Riders’ standings leader, Axel Bassani is seventh overall and with a best result of sixth place, achieved twice: Race 2 at Aragon and Race 2 at Assen. The likeably Italian was in the fight for the podium in the Netherlands, with him as high as third at one point before slipping back to fifth by the time he took the chequered flag. However, for exceeding track limits multiple times, he was docked a position, finishing sixth but nonetheless showing flashes of his end of season pace from 2021. The fact he’s showing it this early in the season and with so little preseason testing, Bassani to really kick into action at the Misano World Circuit “Marco Simoncelli”, where he was outstanding for a hat-trick of top ten finishes in 2021, his first in WorldSBK. Five top ten results in the last five races, Bassani’s getting stronger.

Chasing the Italian hard and also cracking the top six already in 2022, Loris Baz has come back to WorldSBK on a full-time basis with a bang. The Frenchman, a WorldSBK winner in the past, has been the benchmark BMW for the majority of the season so far. He’s adapted back to the inline four engine characteristics that he’s become familiar with throughout almost the entirety of his WorldSBK career. A best of sixth, the first of which came at MotorLand Aragon before being backed up twice at Assen in Race 1 and the Tissot Superpole Race. Can he find a step to break into the top five for the first time in 2022?

Garrett Gerloff has been enigmatic in 2022 thus far, with strong pace in the Free Practice sessions that leaves us thinking he’s back to his best, although it’s yet to translate into a fruitful race result. Consistently inside the top ten, the American’s best result is a seventh from the Tissot Superpole Race at Assen, something he’ll want to improve on as he heads to Estoril, a circuit where he took two podiums in 2020 and two fourth place finishes in 2021.

Behind the main three in the Independent Riders’ standings, Philipp Oettl and Lucas Mahias have all shown great form. Oettl was a particular star at Assen, when he looked quick all weekend, including in Tissot Superpole, when he made a mistake on his flying lap at the chicane, costing him a start from the front three rows. He was a magnificent seventh in Race 1 at the Dutch venue, his best result to-date, before mechanical gremlins struck in Race 2 at the end of Lap 1. For Lucas Mahias, he took a first top ten of the season with tenth in Race 2 in the Netherlands. A turning point for him, Mahias will hope to build on the strong result and come good at the Circuito Estoril.

Watch the 2022 Estoril Round in style, LIVE and UNINTERRUPTED with the WorldSBK VideoPass!