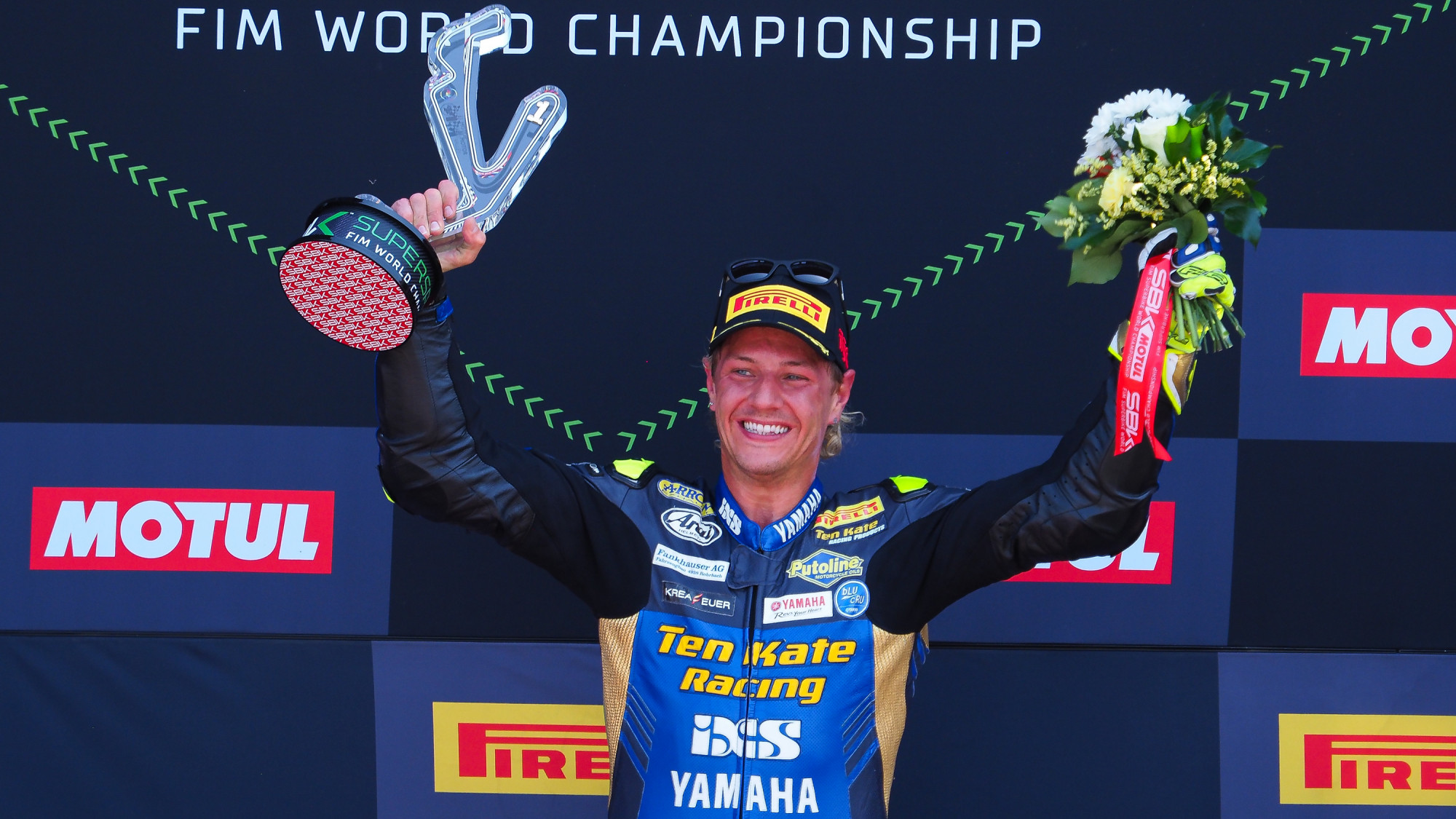 On the verge of history as well as writing his own too, can anyone stop Dominique Aegerter?

The 2022 FIM Supersport World Championship enjoyed one of its most frantic weekends of the season at the Misano World Circuit “Marco Simoncelli” in Italy. The Pirelli Emilia-Romagna Round saw the races go right to the wire, but ultimately it was Championship Dominique Aegerter (Ten Kate Racing Yamaha) who took another double, his third of the season. Aegerter is a comfortable Championship leader as he gets ready for the next round of the Championship, with 54 points his advantage.

After another dominant Superpole display, the reigning World Champion didn’t have it all his own way in the races. Nicolo Bulega (Aruba.it Racing WorldSSP Team) and Lorenzo Baldassarri (Evan Bros. WorldSSP Yamaha Team) gave him a hard time in Race 1. Bulega led for all but the final two laps whilst Baldassarri, having been relegated to third on the opening lap, closed back up to the leaders and took second on the penultimate lap at Turn 3, before setting off after Aegerter. Then, the two Yamaha riders battled it out hard on the final lap. Baldassarri hit the front at Turn 2 before Aegerter responded in the final sector with a hard pass at Turn 14. Baldassarri cut back and led through Turn 15 and crossed the line first. However, the Italian touched the green on the exit of Turn 15, meaning he was demoted one place and Aegerter picked up the win. In Race 2, Aegerter stayed behind Baldassarri all the way until two laps to go, where he pounced and held on to make it a double.

Speaking after the weekend, Aegerter said: “I won both races, got the pole position and set a new lap record but it wasn’t easy. I had to fight very hard; on Saturday I was slightly lucky because we had a big battle with ‘Balda’ until the end, but he went off track. He had a strong pace on Sunday too with 1’38.0s, which was hard to manage in the heat and the conditions of the track. Bulega made a small error on the first lap and for sure, he would’ve been battling with us. In the end, it was very close, but I took the victory and another important 25 points. It’s amazing to win seven races in a row, the only race in which I didn’t win was at Aragon in Race 1. A lot of important points for the Championship; it’s not easy to do it as everything needs to be perfect to achieve this result as the level is so high in WorldSSP. I think I showed a good level!”

With Aegerter now on seven straight wins, he’s closing down the record set by Andrea Locatelli at nine, something he can match next time out: “When you retire and you have nice statistics like nine or ten wins in a row, it’s nice to look back and think about it but our goal right now is to fight for the Championship and when there’s a high risk for victory, maybe a second, third or fourth is good. It’s not easy to win and many people think it is, so when you finish in third, they’re already asking you ‘what happened, you are only third?’. We have to keep calm, other riders are also fast and they might like some circuits or weather conditions more, and also other manufacturers may come on strong.”

With a 54-point lead in the standings, Aegerter isn’t getting complacent: “When you see how many races we still have, they can be lost almost in one weekend – we don’t hope so though! We have these points in the pocket, nobody can take them, so we’ll focus on the next race, and we’ll try to fight for the podium to achieve the result at the end of the season! Donington Park is a nice circuit and for sure, a lot of British fans will be there. I hope that the sun is there because sometimes the weather can be a bit strange, but we will see what happens!”

Watch the 2022 WorldSSP season in style wherever you are with the WorldSBK VideoPass!