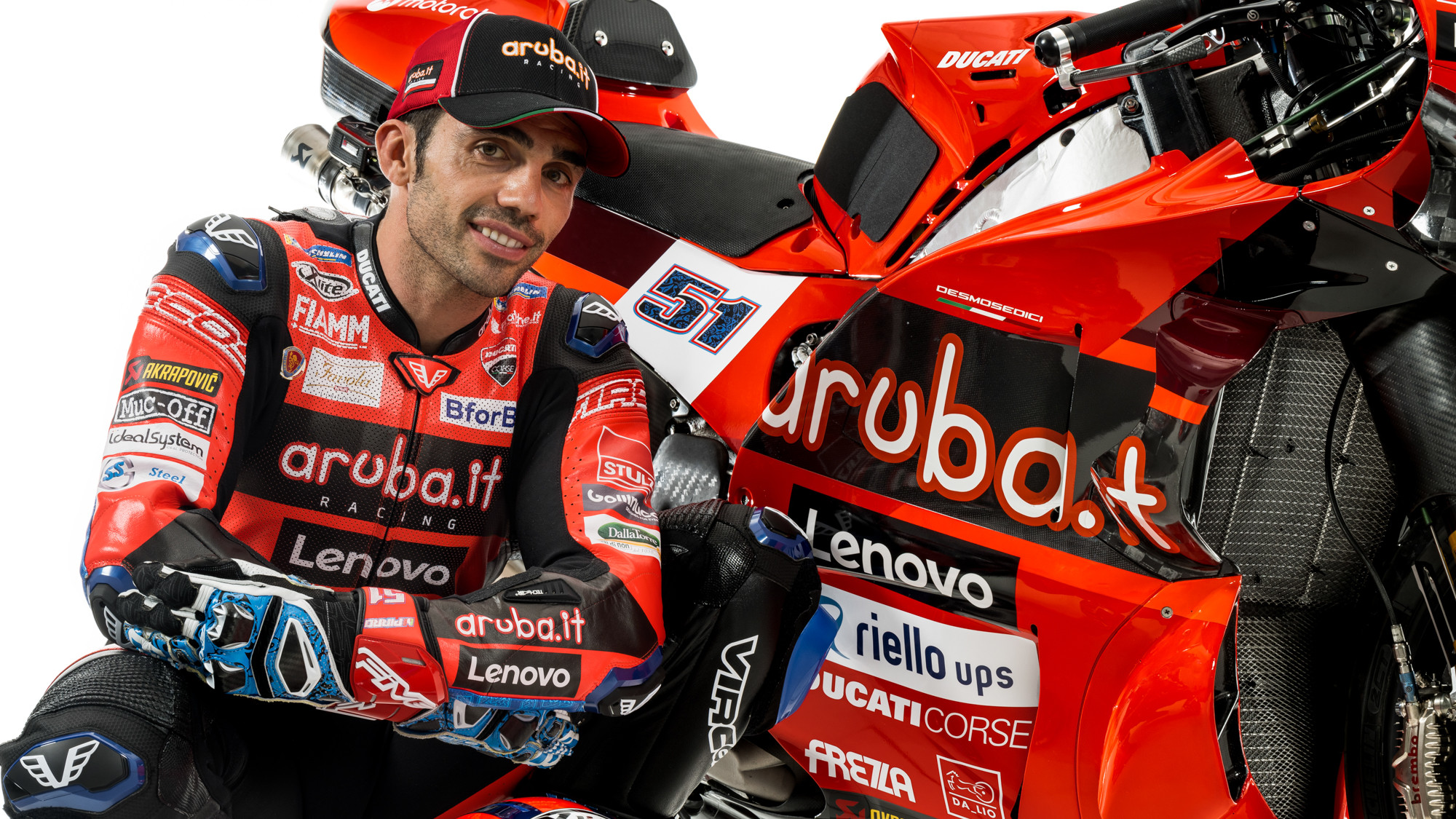 The striking Aruba.it Racing – Ducati livery will be around for a while yet, and they’ll be featuring in MotoGP™ in 2022 too with Michele Pirro

With the 2022 MOTUL FIM Superbike World Championship three rounds in, it’s been a thrilling season so far, as Ducati returnee Alvaro Bautista (Aruba.it Racing – Ducati) leads the way in the standings. His team, the Aruba.it Racing – Ducati team, which is managed by Serafino Foti with the team principal being Stefano Cecconi, will make a switch to the MotoGP™ World Championship for the Italian Grand Prix at Mugello, as they field the wildcard for Michele Pirro. They will also participate in two further MotoGP™ wildcards at the Circuit de Barcelona-Catalunya the week after Mugello and at the Misano World Circuit “Marco Simoncelli” from the 2nd - 4th of September.

This will be the first of three wildcards that the team makes with Pirro, an ex-Moto2™ Grand Prix winner and MotoGP™ top five finisher, with the WorldSBK squad taking care of the outfit for the weekend. Aruba.it are partners of the factory Ducati MotoGP™ bikes, ridden by Francesco Bagnaia and Jack Miller, but will have title sponsorship presence on their own entry for the eighth round of the MotoGP™ World Championship season.

Additionally, the factory Ducati WorldSBK outfit will also be sponsored by Aruba.it until the end of the 2024 season, with the data centre company ready to celebrate ten seasons of partnership with Ducati in WorldSBK. Whilst the title eludes them, they have had a fantastic amount of success together in World Superbike, with 66 wins and 192 podiums, and that will look to extend throughout the remainder of 2022 to at least the end of 2024.

Aruba.it Racing – Ducati team manager Serafino Foti stated his excitement ahead of his first venture into the MotoGP™ paddock: “First of all, I’d like to underline that this is the first time that a WorldSBK livery will be used in the MotoGP™ World Championship, this is wonderful. We will do three wildcards this year with Michele Pirro and the Ducat test team. The colours in the garage will be the same as our one in WorldSBK. Of course, it will be a great experience. It will be exciting and interesting to explore new scenarios, and also to learn from the MotoGP™ team. The current level of MotoGP™ is unbelievable and for sure we will do our best. I hope we can enjoy weekend. I will be there to represent the Aruba.it Racing – Ducati team and to be sporting director of the Aruba.it Racing – Ducati with Michele Pirro. Michele has a lot of experience but at the same time is still a very fast rider. He is a real asset to Ducati for the great job he does in the MotoGP™ project, which as you can see, have great results.”

Regarding the renewal of the sponsorship in WorldSBK and the MotoGP™ wildcards, team principal Stefano Cecconi said: "The relationship with Ducati is a strong bond in the Superbike World Championship and a fruitful collaboration between the two companies. We’re proud to represent Ducati on circuits around the world and to have renewed the agreement that will allow us to continue this adventure at least until the end of the 2024 season. From this season, participating as a wildcard in three MotoGP™ World Championship events is, for us, a source of further satisfaction and it underlines the strong connection with the Borgo Panigale company. Not only will it be a new showcase for Aruba.it, but it will give us the chance to undertake new fascinating challenge with the same commitment and professionalism that has distinguished us so far in WorldSBK".

Ducati CEO Claudio Domenicali also commented on the continuation of the partnership and the upcoming MotoGP™ wildcard: “We are truly satisfied with the long-term partnership that has bound us to Aruba.it for eight years. It is a company that, like Ducati, represents Italian excellence driven by innovation. The agreement extension until 2024 confirms the quality of a partnership which has gone from strength to strength year after year from a business and sporting point of view. In addition to the extensive commitment to World Superbike, this season includes the new challenge in the Supersport World Championship and the satisfaction of seeing a Ducati racing in MotoGP™ with the Aruba.it Racing team colours that, for all the fans, are the natural colours of the official Panigale V4 R competing in the Superbike World Championship.”

Racing action for the MotoGP™ class kicks off at Mugello at 14:00 CET on Sunday, whilst you can enjoy the WorldSBK season in 2022 with the WorldSBK VideoPass!