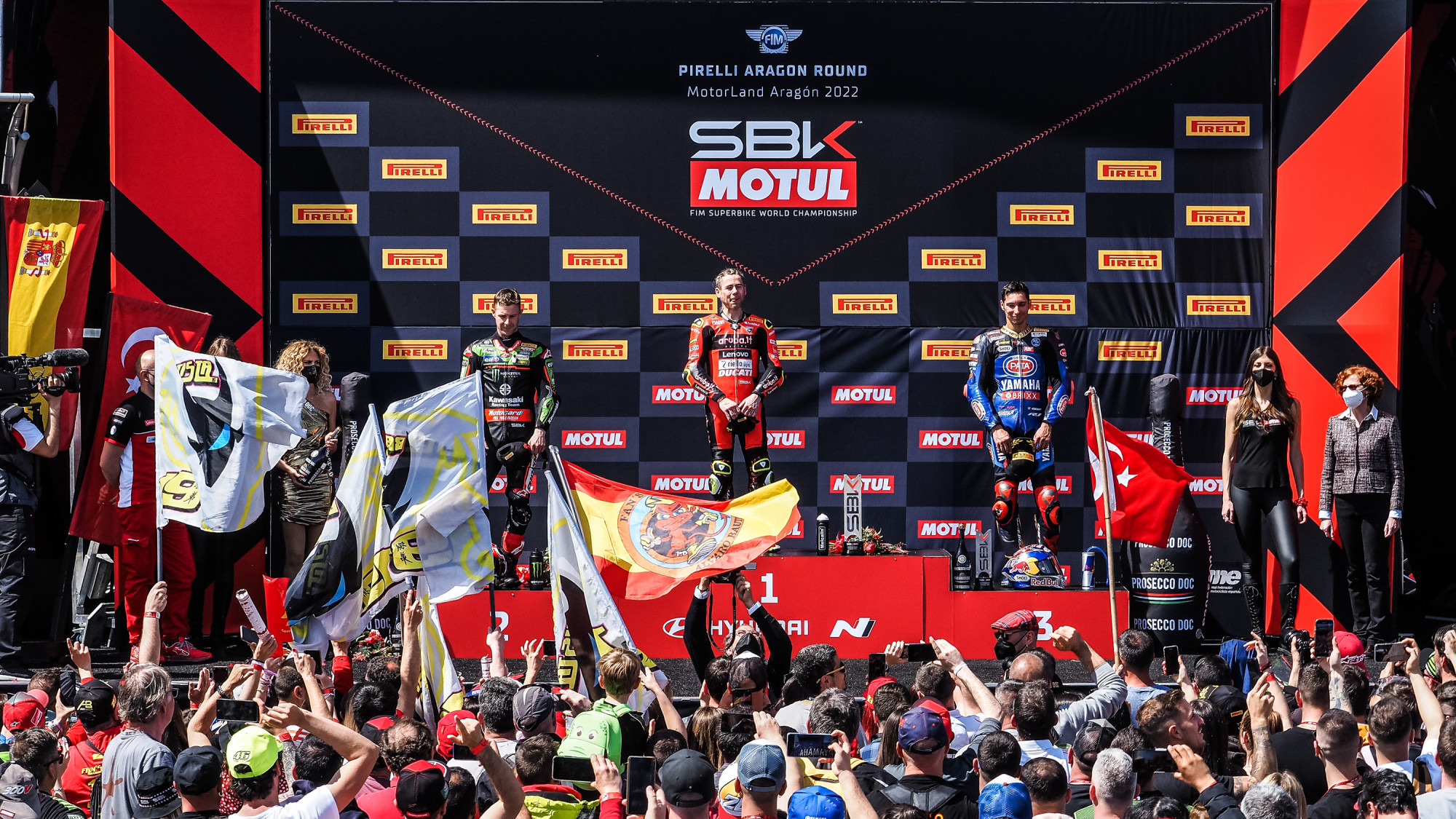 With four thrilling rounds of 2022 completed, take a look back at some of the incredible moments from the season-opening Aragon Round

The on-track action in the MOTUL FIM Superbike World Championship may have quietened down in the break between the Emilia-Romagna and UK Rounds, but that doesn’t mean you can’t enjoy some of the incredible action from the first four rounds in the 2022 season. The season started in style with the Pirelli Aragon Round where the wins were shared by Alvaro Bautista (Aruba.it Racing – Ducati) and Jonathan Rea (Kawasaki Racing Team WorldSBK).

Race 1 at MotorLand Aragon gave us a taste of what was to come this season with an incredible opening-lap battle between Bautista, Rea and reigning Champion Toprak Razgatlioglu (Pata Yamaha with Brixx WorldSBK). Race 1 also provided an epic last-lap showdown as Bautista and Rea went head-to-head in the fight for the first victory of the season.

The Tissot Superpole Race was where Bautista returned to the top step of the rostrum after returning to Ducati for the 2022 season, while he was able to back that up with Race 2 victory as he ended the opening round on top of the standings. The drama throughout the Aragon Round made the first Unfiltered video of the season, a behind-the-scenes look of the weekend, a must-watch.

There are more post-round videos that are a must-watch too, including the 46-minute highlights show to enjoy the best of the round, from all three classes, in one place. The round recap allows you to enjoy the incredible battles from Race 1 and Race 2 in style while the relive video is a seven-minute, action-packed video looking back at the incredible weekend.