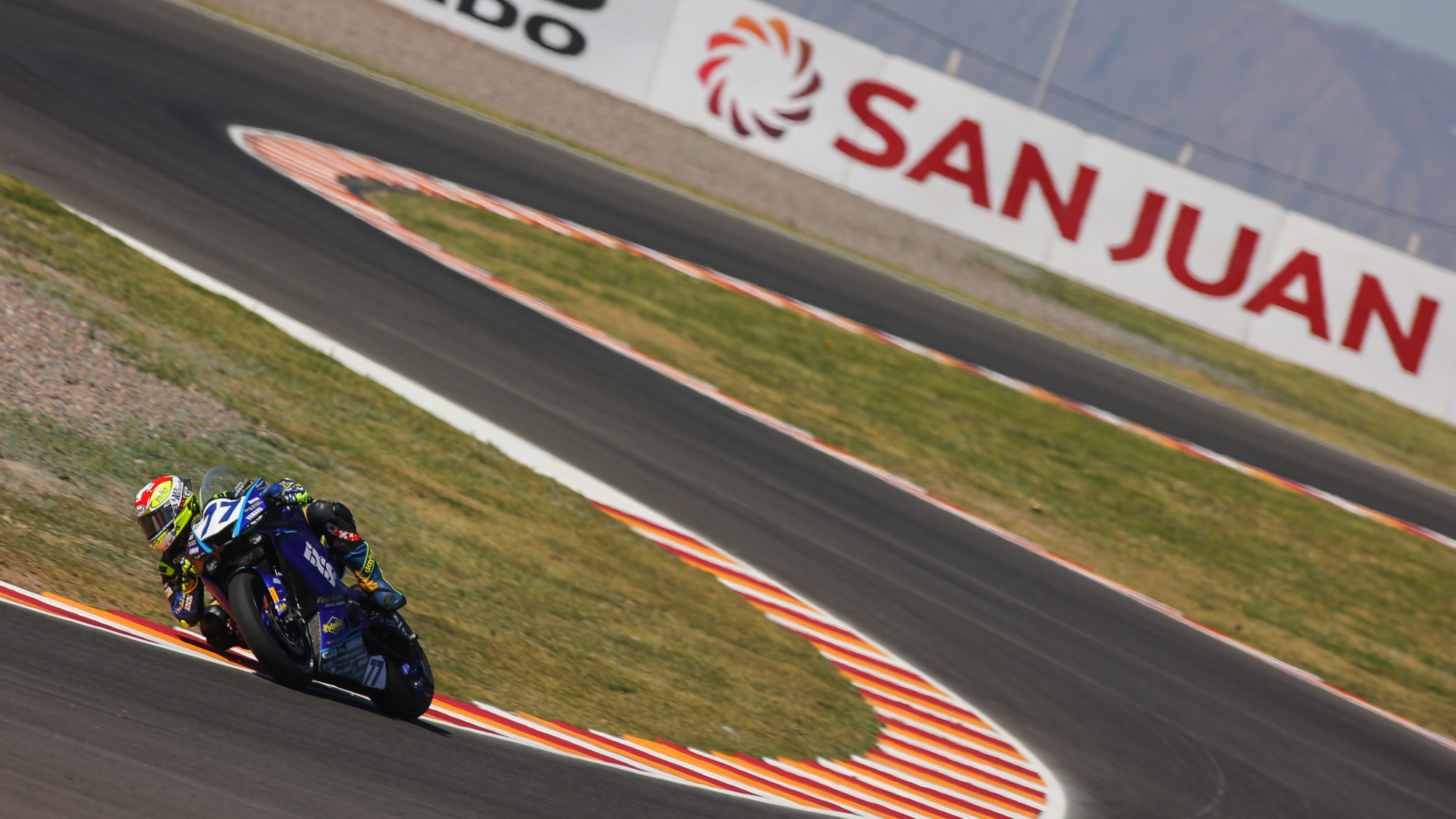 IT’S TIGHT AT THE TOP: three riders separated by less than a tenth

Aegerter posted a 1’42.271s right at the end of the 45-minute Free Practice 2 session as he topped both the session and combined classification ahead of Italian rider Caricasulo after he posted a 1’42.280s; just 0.009s separating the pair after two Friday practice sessions. In terms of times being improved between FP1 and FP2, around half the riders were able to find time but Jules Cluzel (GMT94 Yamaha) in third was the highest-placed rider not to improve his time. He posted a 1’43.363s in FP1 to top that session but he was third in the combined classification and only 0.092s behind Aegerter.

NOT FAR AWAY: can they break into the top three?

Can Oncu (Kawasaki Puccetti Racing) finished in fourth place in the combined classification, less than two tenths behind Aegerter but, like Cluzel, did not improve his time from FP1. In that session, Oncu had spent a lot of time at the top of the timesheets before eventually finishing second. Raffaele De Rosa (Orelac Racing VerdNatura WorldSSP) took fifth place and he was also within two tenths of Aegerter’s time. Stefano Manzi (Dynavolt Triumph) took sixth place with a 1’42.592s.

Finnish rider Niki Tuuli (MV Agusta Reparto Corse) took seventh place, ensuring all five manufacturers were represented in the top seven, despite a crash at Turn 10 in FP2 which ended his session. French rider Andy Verdoia (GMT94 Yamaha) was eighth place with Nicolo Bulega (Aruba.it Racing – Ducati) in ninth. Bulega’s FP2 session was disrupted by a technical issue on his out lap at the start of the session, but he was able to join the session later on. Hungarian rider Peter Sebestyen (Evan Bros. WorldSSP Yamaha Team) rounded out the top ten.

HOPING TO MOVE UP: inside the top 15

Free Practice 2 was red flagged with around 18 minutes left on the clock following a crash for replacement rider Baris Sahin (MS Racing Yamaha WorldSSP). The Swiss rider had a huge highside coming out of Turn 13 and, with his bike in the middle of the track and Sahin receiving attention from marshals, the session was red flagged. Sahin was taken to the medical centre for a check-up following the crash. 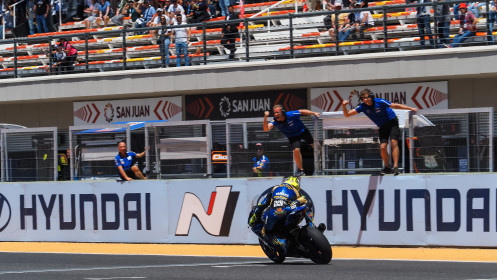 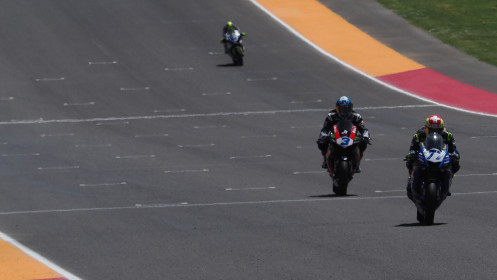 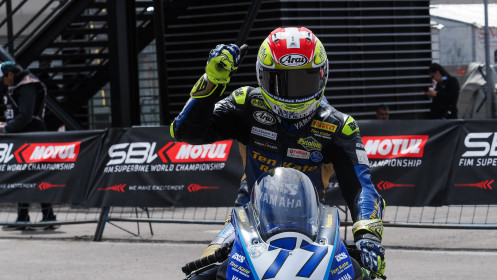