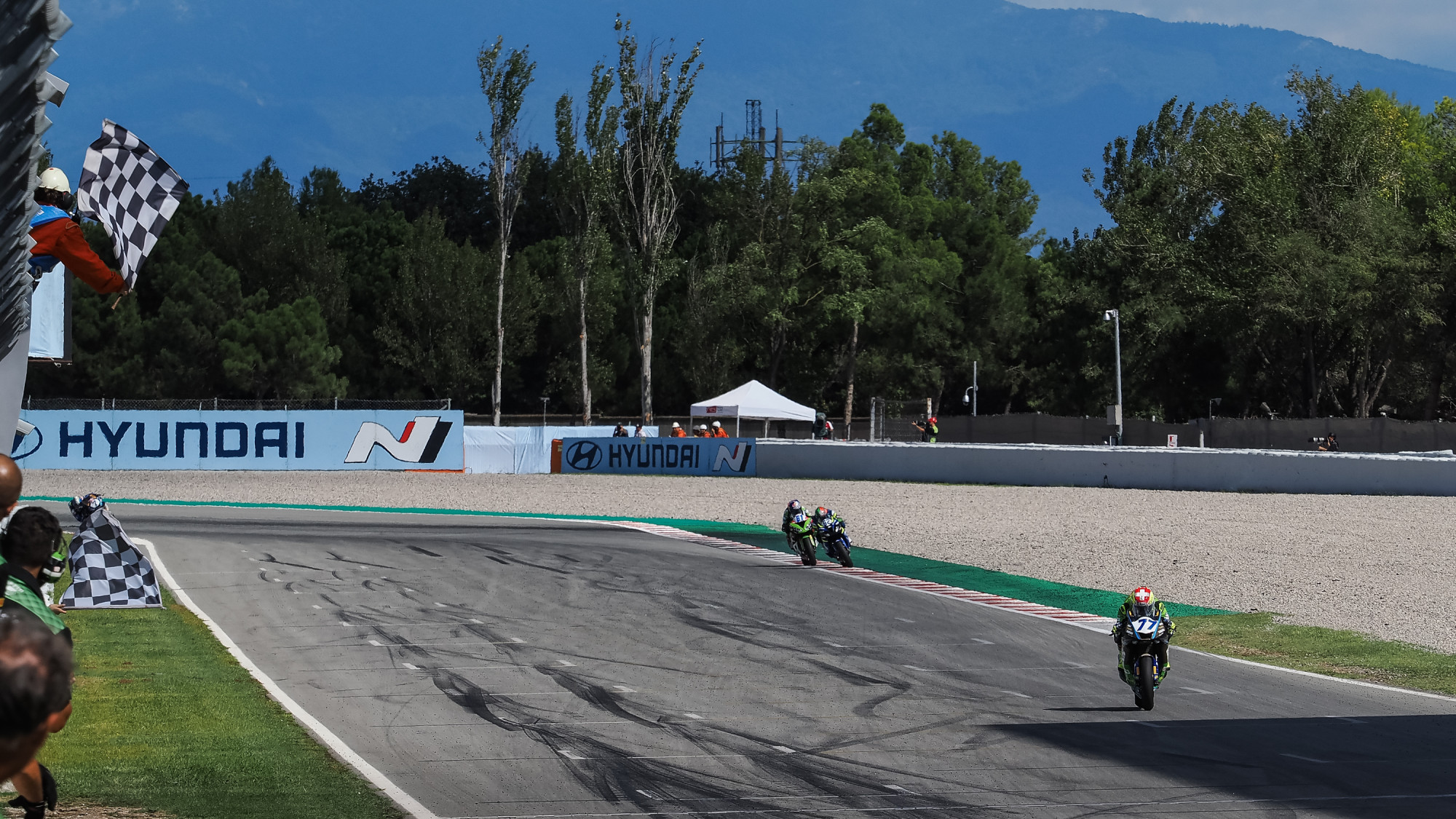 An unpredictable Race 2 was in store for the FIM Supersport World Championship at the Circuit de Barcelona-Catalunya with reigning Champion Dominique Aegerter (Ten Kate Racing Yamaha) battling back from a poor start and an off-track excursion to claim his second victory of the Catalunya Round. With the results of his title rivals, Aegerter extended his Championship lead to 36 points with four rounds remaining in the 2022 season.

BATTLING BACK: Aegerter doubles up in Spain

Aegerter started from pole position but dropped back at the start of the race and had to battle his way back up to the lead group in order to limit the damage in the Championship standings. After he worked his way back up to fourth place, Aegerter ran wide at Turn 1 on Lap 12, costing him more time as he looked to overtake Lorenzo Baldassarri (Evan Bros. WorldSSP Yamaha Team), Can Oncu (Kawasaki Puccetti Racing) and Stefano Manzi (Dynavolt Triumph) with the four riders leading the race.

The reigning Champion put in a series of fast laps to catch back up with the group, and soon started picking his way through the three riders ahead of him. On Lap 15, Aegerter went from fourth to second with one move on the inside at Turn 1 before he, on the same lap, passed long-time leader Oncu at Turn 4 to take his 12th win of the season, equaling Andrea Locatelli’s record for wins in a season, and his 30th WorldSSP podium, as he extended his Championship lead to 36 points over Baldassarri.

While Aegerter was able to extend the gap to over two seconds by the end of the race, there was a fierce battle for second, third and fourth between Oncu, Manzi and Baldassarri. Eventually, Oncu and Manzi pulled a gap to Baldassarri of two seconds and the pair battled right until the end of the race for second. Manzi did cross the line in second place but he was demoted one place for exceeding track limits at Turn 9 on the final lap, promoting Oncu to second and Manzi to third. Oncu’s second place was his seventh career podium while Manzi took his third podium and Triumph’s 10th in WorldSSP after starting from 17th on the grid.

A CLOSELY FOUGHT BATTLE: four riders separated by a second

Baldassarri claimed fourth place and he had more than a four-second advantage ahead of Niki Tuuli (MV Agusta Reparto Corse) in fifth place. Tuuli had crossed the line behind Federico Caricasulo (Althea Racing) but the Italian rider was demoted one place for exceeding track limits on the final lap, promoting Tuuli to fifth with Caricasulo in sixth place. In seventh place was Bahattin Sofuoglu (MV Agusta Reparto Corse) as the Turkish rookie claimed the honours for best-placed WorldSSP Challenge rider. He was only 0.001s ahead of Yari Montella (Kawasaki Puccetti Racing) who claimed ninth place. Despite a strong start, Montella dropped back in the closing stages and claimed a top-eight finish.

The gap between Tuuli and Montella at the end of the race was just over a second at the end of the 20-lap race in the hard-fought battle for fifth. They were over a second clear of another fierce battle in the field as Leonardo Taccini (Ten Kate Racing Yamaha) and Adrian Huertas (MTM Kawasaki) battled for ninth spot. Taccini just edged out Huertas in that battle by 0.040s in that battle as the Italian took his best-ever WorldSSP result.

Marcel Brenner (VFT Racing), returning from injury, claimed 11th spot and was just three tenths away from a top-ten spot while he was almost nine tenths clear of Simon Jespersen (Kallio Racing) in 12th place. Danish rider Jespersen had a similar margin to Estonian rider Hannes Soomer (Dynavolt Triumph) in 13th place, with Nicolo Bulega (Aruba.it Racing WorldSSP Team) and Jules Cluzel (GMT94 Yamaha) rounding out the points-scoring places. Cluzel had a last-lap fight with teammate Andy Verdoia for that final point with the pair separated by 0.050s at the line.

JUST MISSING OUT: narrowly missing out on points

TO NOTE: key points from Race 2 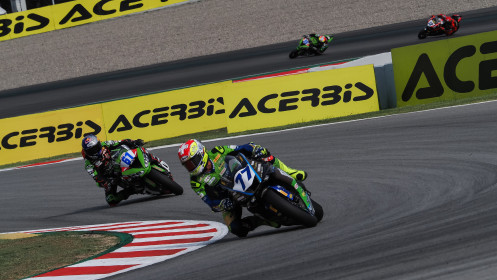 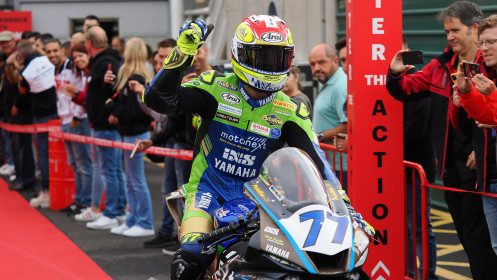 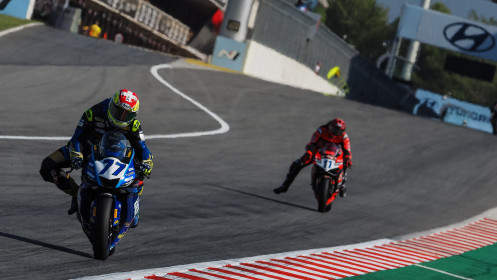