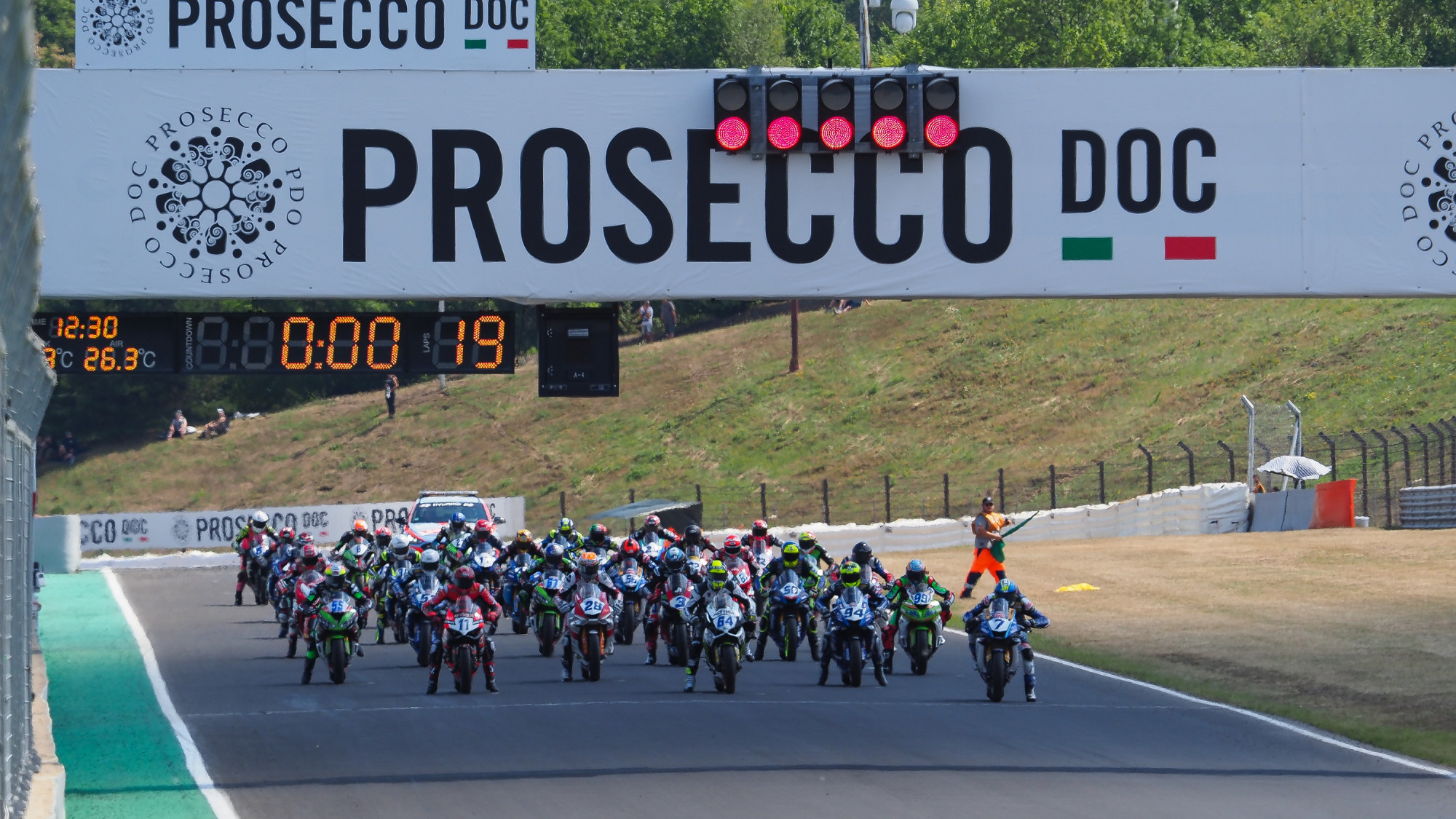 For the first time since 2007, five manufacturers finished inside the top five of a race during the FIM Supersport World Championship and the Prosecco DOC Czech Round at the Autodrom Most. With a new ruleset coming in for 2022 and three new bikes on the grid compared to last season, the second half of the WorldSSP campaign is shaping up to be as competitive as ever.

A moment of history was recorded in Race 2 as five different manufacturers, the five competing in WorldSSP in 2022, were all represented in the top five at the end of the shortened, 15-lap race. The race was red flagged as the riders started Lap 16 following a crash at the final corner, which left some oil on the track. Despite the red flag, it meant all five manufacturers finished in the top five for the first time in 15 years.

The first time there were five manufacturers in the top five of a WorldSSP race came at Monza in 2007, 15 years ago. On that occasion, Honda, Kawasaki, Yamaha, Ducati and Suzuki made up the top five in the race, separated by just eight seconds. It was a race won by Kenan Sofuoglu, who would take five WorldSSP titles in his career, while a relative of his was also involved when this happened again in 2022.

Fast forward 15 years and the same scenario occurred again, albeit with some different manufacturers. Yamaha beat Ducati, Triumph, Kawasaki and MV Agusta to claim victory with Lorenzo Baldassarri (Evan Bros. WorldSSP Yamaha Team) taking two wins at the Autodrom Most, and Stefano Manzi (Dynavolt Triumph) taking Triumph’s best ever finish in WorldSSP with second place in Race 1, and followed that up with third in Race 2.

They were joined on the podium in Race 2 by Nicolo Bulega (Aruba.it Racing WorldSSP Team) in second place, with the Italian rider leading before being overtaken right before the red flags were deployed at the start of Lap 16. In fourth and fifth place were two Turkish riders who have connections to the 2007 Monza race winner. Can Oncu (Kawasaki Puccetti Racing) claimed fourth and he is mentored by the five-time Champion, while Bahattin Sofuoglu (MV Agusta Reparto Corse) was fifth. The nephew of Kenan, Bahattin claimed his best WorldSSP result in Race 2 at the Autodrom Most with his first top-five finish.

Monza 2007 and Most 2022 are the only two occasions in WorldSSP where five different manufacturers have finished in the top five positions. With Yamaha, Kawasaki, Ducati and Triumph all standing on the podium so far in the 2022 season and MV Agusta not too far away at the Autodrom Most, is there a possibility that the five manufacturers are all represented in the top five once again?