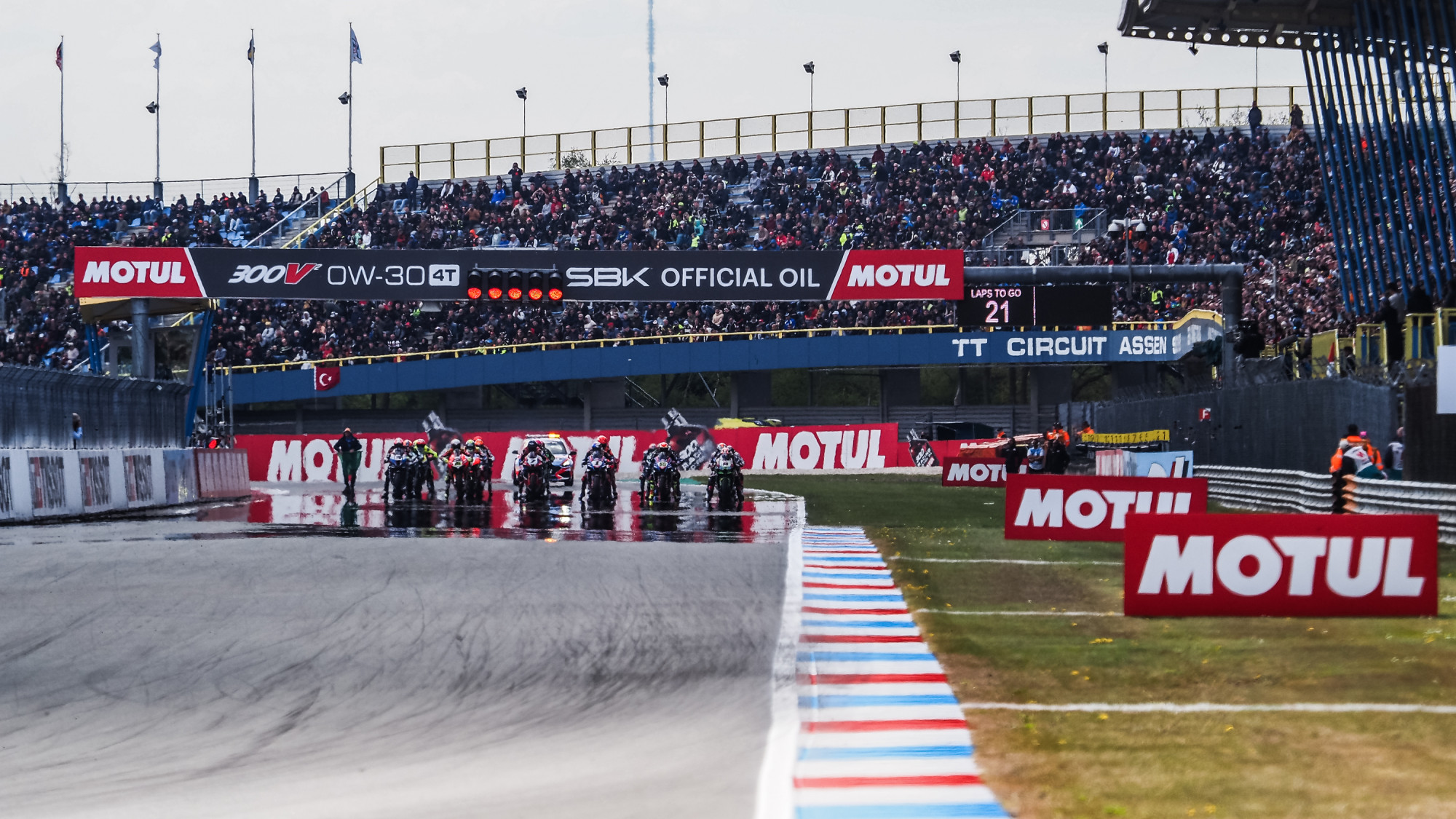 In just the second round of the WorldSBK season, can we expect a trend to last for the rest of 2022?

The 2022 MOTUL FIM Superbike World Championship has seen an incredible first two rounds of the season, with the Motul Dutch Round bringing a new dynamic to the rivalry between Toprak Razgatlioglu (Pata Yamaha with Brixx WorldSBK) and Jonathan Rea (Kawasaki Racing Team WorldSBK) after they took each other out in Race 2, whilst Alvaro Bautista leads the Championship. However, there was a landmark achievement in Race 2 as for the first time in five years, five different manufacturers locked out the top five places in a race.

Alvaro Bautista took a third victory of the season in what was a topsy-turvy final encounter in the Netherlands at the iconic TT Circuit Assen. The 19th win of his career for the #19, all for Ducati, he headed of 2021 rival Andrea Locatelli (Pata Yamaha with Brixx WorldSBK), as the Italian took a career-best finish of second at the same circuit he took a first podium at in 2021. Behind the Yamaha rider, Honda stood on their 340th different race podium courtesy of a majestic ride by Iker Lecuona (Team HRC), with the 22-year-old rookie shining in Race 2, briefly leading after Razgatlioglu and Rea’s incident. Fourth place honours went to Alex Lowes (Kawasaki Racing Team WorldSBK), his best result of 2022 thus far, whilst Scott Redding (BMW Motorrad WorldSBK Team) inherited fifth after Axel Bassani (Motocorsa Racing) was demoted for multiple track limits infringements, giving BMW a first top five of the season.

It’s not a completely new spectacle, as this is the 37th time it has happened in WorldSBK. The first time it occurred was at Sugo in 1989, with Michael Dowson on a Yamaha winning ahead of Kenichiro Iwahashi on a Honda, Giancarlo Falappa on a Yamaha-powered Bimota, Doug Polen on a Suzuki and Takahiro Sohwa on a Kawasaki. The only other manufacturer in the race was Ducati, but it was a disastrous day for the Italian brand: Raymond Roche only managed 18th whilst Baldassarre Monti didn’t finish.

However, the first time it was with five manufacturer all with their own engine, as Bimota used Yamaha as an engine supplier for the 1989 result, you have to go to the title-deciding race of 1996, with Phillip Island being the host. Anthony Gobert won on a Kawasaki ahead of Yamaha’s Colin Edwards, whilst Troy Corser wrapped up the title for Ducati with a third place. In his last round for Castrol Honda, Carl Fogarty came home in fourth whilst home-hero Peter Goddard snatched fifth.

In terms of stats, the year where five manufacturers inside the top five happened the most was in 2010, when it happened eight times. However, five isn’t the limit: there’s been times when six manufacturers have locked out the top six and twice where seven manufacturers have managed to lock out the front seven places – the last of which was in 2011 at Donington Park in Race 2. The next best year was in 2000, when seven races saw the top five places locked out by different makes of machinery, showing that parity has always been a staple of WorldSBK’s ethos.

The last time that five manufacturers were inside the top five come the end of the race was in 2017 at Portimao, in Race 2, with Jonathan Rea winning aboard a Kawasaki, Michael van der Mark second on a Yamaha, Marco Melandri third for Ducati ahead of Aprilia’s Eugene Laverty and BMW’s Jordi Torres. The only other manufacturers in the class were Honda and MV Agusta, with Honda finishing 10th with Takumi Takahashi, whilst Leon Camier didn’t finish aboard the MV Agusta.