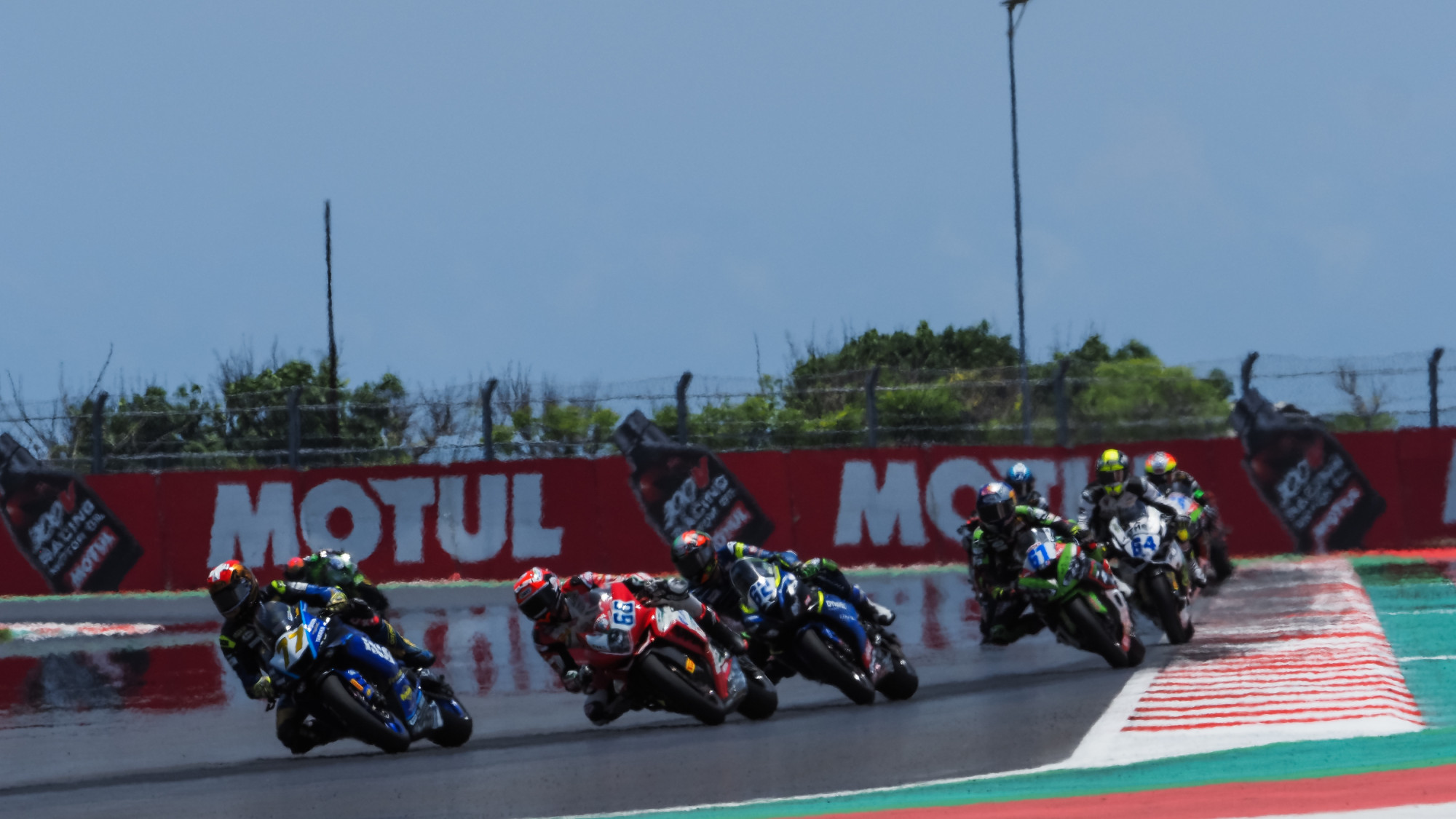 For the first time in two years, WorldSSP will visit Australia and Phillip Island to cap off an incredible campaign, full of records and memories

A week on from a thrilling FIM Supersport World Championship visit to Indonesia and the Championship heads to Australia for the first time since 2020 for the Grand Ridge Brewery Australian Round at the iconic Phillip Island Grand Prix Circuit to see out a thrilling season. Starting at Aragon in April and ending in Australia in November brings to a close 12 rounds of incredible fights and intense battles, with the land Down Under promising more emotional moments ahead as riders wave goodbye to the Championship, the paddock and the season.

The Australian Round will mark the final round in WorldSSP for several riders, including the top two in the Championship. Dominique Aegerter (Ten Kate Racing Yamaha), who wrapped up the title last time out in Indonesia, and runner-up Lorenzo Baldassarri (Evan Bros. WorldSSP Yamaha Team) will head to WorldSBK in 2023 and will be looking to end the season on a high, although both will be making their first appearance in WorldSSP at the circuit. Despite this, it is a circuit they both know well from their Moto2™ days: Aegerter took a best of fourth there in 2012 and Baldassarri claimed a podium with third in 2015.

For one rider, it will be a farewell not just to the Championship but the WorldSBK paddock as a whole. Jules Cluzel (GMT94 Yamaha) is gearing up for his final round in WorldSSP after he announced his retirement come the end of the season, and he’ll hope to go out on a high. Cluzel, whose WorldSSP record includes 63 podiums and 24 wins in 132 races, is the only rider on the entry list to have won at Phillip Island in WorldSSP, back in 2014 for MV Agusta. Will he end his career on the top step of the podium for one final time, and remind everyone of his undoubted speed and talent?

UP FOR GRABS: the bronze medal position…

Whilst the top two positions are in place, there is still plenty of scope for change in the positions behind. Can Oncu (Kawasaki Puccetti Racing) is currently third and is looking to hold on to that to take his first top-three Championship finish; the worst he can finish is fifth, which would still be his best in three seasons of WorldSSP. He did race at Phillip Island in 2020 in WorldSSP, his debut in the class, finishing in ninth place. He stands 39 points clear of Nicolo Bulega (Aruba.it Racing WorldSSP Team) and 41 clear of Stefano Manzi (Dynavolt Triumph) in the standings, both of whom will race for the first time in WorldSSP but know the circuit from Moto2™ and Moto3™. Bulega’s best result came in the latter with 11th place in 2017, whilst Manzi’s was ninth in 2019 when in Moto2™.

IN THE TOP TEN: all to play for…

Federico Caricasulo (Althea Racing) has hit some good form with four podiums in the last six races, and he can still break into the top five of the Championship. Twice a podium finisher in Australia and with both WorldSSP and WorldSBK experience at Phillip Island, can Caricasulo continue his good form and snatch fifth or better in the Championship? He is 41 points clear of Indonesia Race 1 winner Niki Tuuli (MV Agusta Reparto Corse) and Tuuli will be looking to add to his win tally as he goes in search of his first Australian podium.

Tuuli, however, will have to watch out for the riders behind as they look to surge up the order with 25 points separating Tuuli in seventh and Cluzel in tenth. Yari Montella (Kawasaki Puccetti Racing) is still looking for a first WorldSSP podium and Phillip Island is a circuit he is yet to visit with the Championship, whilst he finished 16th in Moto3™ in 2018 at the iconic venue. Raffaele De Rosa (Orelac Racing VerdNatura WorldSSP) was on the podium in Australia in 2014 for his first rostrum in the class; can he repeat that eight years on and move up the Championship standings? For Cluzel, he will be aiming to go out on a high and, if he does so, will be hoping to move further up inside the Championship top ten.

After being announced for the 2023 season with MV Agusta Reparto Corse, German rider Marcel Schrotter will make his WorldSSP debut at the Australian Round with the same team. He raced at Phillip Island this year in Moto2™, taking 13th place, whilst he has a best result of ninth there throughout his Moto2™ career.

Watch the 2022 Australian Round for FREE with the 2023 WorldSBK VideoPass!