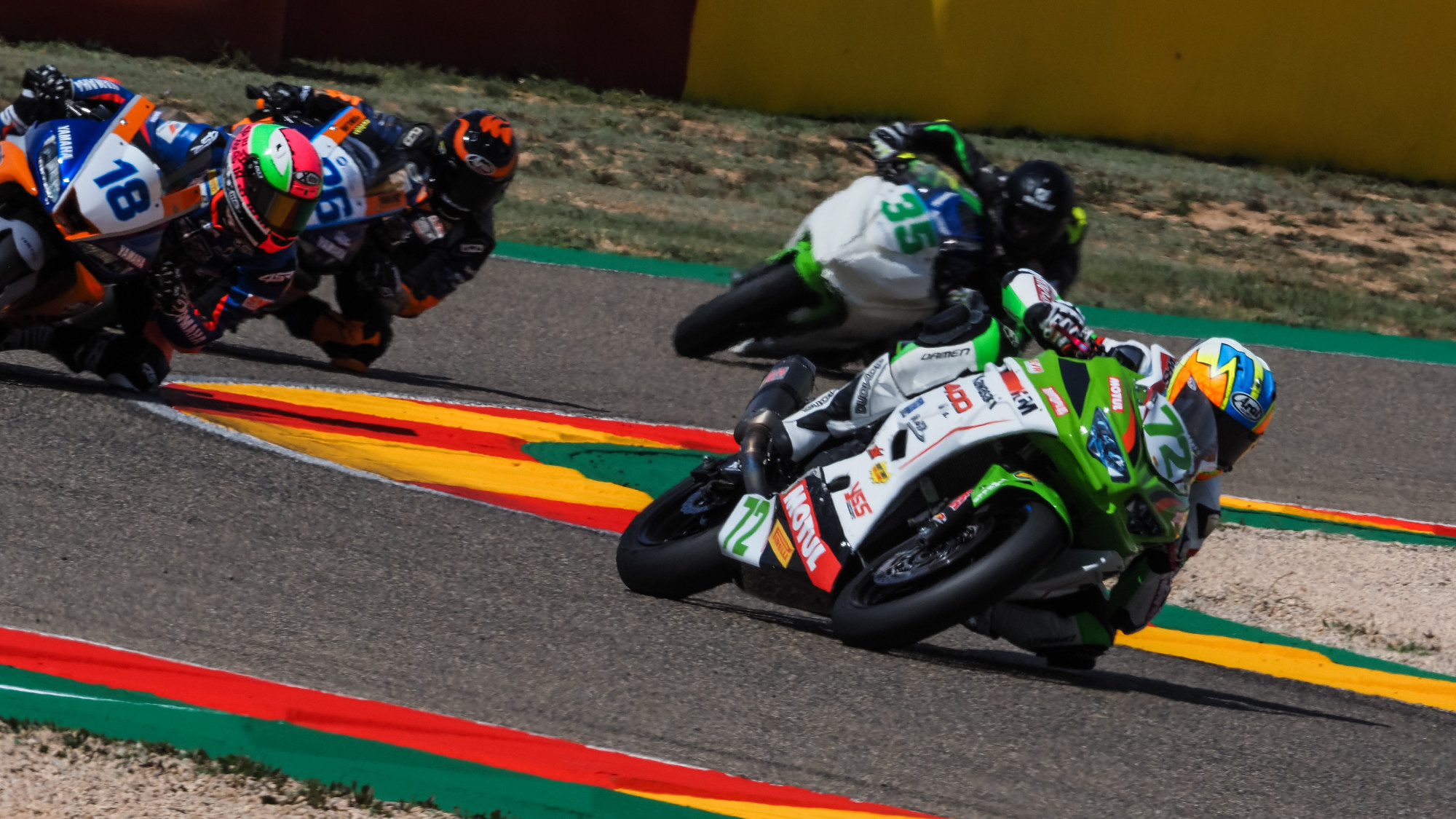 The FIM Supersport 300 World Championship Supported Test at MotorLand Aragon concluded on Tuesday with Dutch rider Victor Steeman (MTM Kawasaki) launching himself to the top of the timesheets ahead of teammate Yuta Okaya with just 0.036s between the pair. It marked the end of testing for WorldSSP300 ahead of the Pirelli Aragon Round which will kickstart the new season.

Steeman is new to MTM Kawasaki for the 2022 season but laid down the gauntlet to his teammates by going fastest on Day 2 of the Supported Test after he posted a best time of 2’06.509s, just 0.036s clear. Okaya’s day came to a premature end when he suffered a Turn 5 crash on his Kawasaki Ninja 400 but he was able to re-join the session. French rider Samuel Di Sora (Leader Team Flembbo) was fastest on the opening day of action, and in the morning on Day 2, with his strong form continuing into the afternoon as he finished in third place, just 0.166s off the pace of Steeman as the WorldSSP300 field proved to be competitive throughout testing.

SIX TENTHS SEPARATE SEVEN RIDERS: as close as ever in WorldSSP300

2017 Champion Marc Garcia (Yamaha MS Racing) continued to show his prowess as he claimed fourth place on Day 2 of the test with a best time of 2’06.910s, finishing as the fastest Yamaha rider on the second day of action. Kevin Sabatucci (Kawasaki GP Project) was fifth fastest as he hopes to use his WorldSSP300 experience count, finishing just 0.074s clear of fellow Italian Bruno Ieraci.

Rookie Matteo Vannucci (AG Motorsport Italia Yamaha) was seventh fastest on Day 2 as he looks to impress in his rookie campaign, with the Italian leading throughout the final session before being demoted down to seventh place. Gabriele Mastroluca (ProGP Racing) made it a quarter of Italian riders from fifth down to eighth as he posted a best time of 2’07.217s, set during the second session of the day.

Ruben Bijman (MTM Kawasaki) was the third MTM Kawasaki rider in the Day 2 combined classification as he finished in ninth place with a best time of 2’07.416s as he hopes to impress with his new team, finishing ahead of the sole KTM rider in the field, Lennox Lehmann (Freudenberg KTM – Paligo Racing). Lehmann was tenth fastest and just over a second away from top spot.

JUST MISSING OUT ON THE TOP TEN: Rounding out the top 15

Ton Kawakami (AD78 Team Brasil by MS Racing) was just 0.058s outside the top ten as he finished in 11th place with a best time of 2’07.597s; he was a tenth clear of Alvaro Diaz (Arco Motor University Team) in 12th as the Spanish rider looks to build on his strong outings from 2021. Compatriot Inigo Iglesias (SMW Racing) was quick on Day 1 of the test but fell down the order on the second day as he claimed 13th place ahead of rookie Humberto Maier (AD78 Team Brasil by MS Racing) in 14th and Mirko Gennai (Team BrCorse) in 15th. The top 15 riders on Day 2 were separated by just 1.371s, showing how close the WorldSSP field is.

Keep up with all the action in WorldSSP300 in 2022 using the WorldSBK VideoPass!