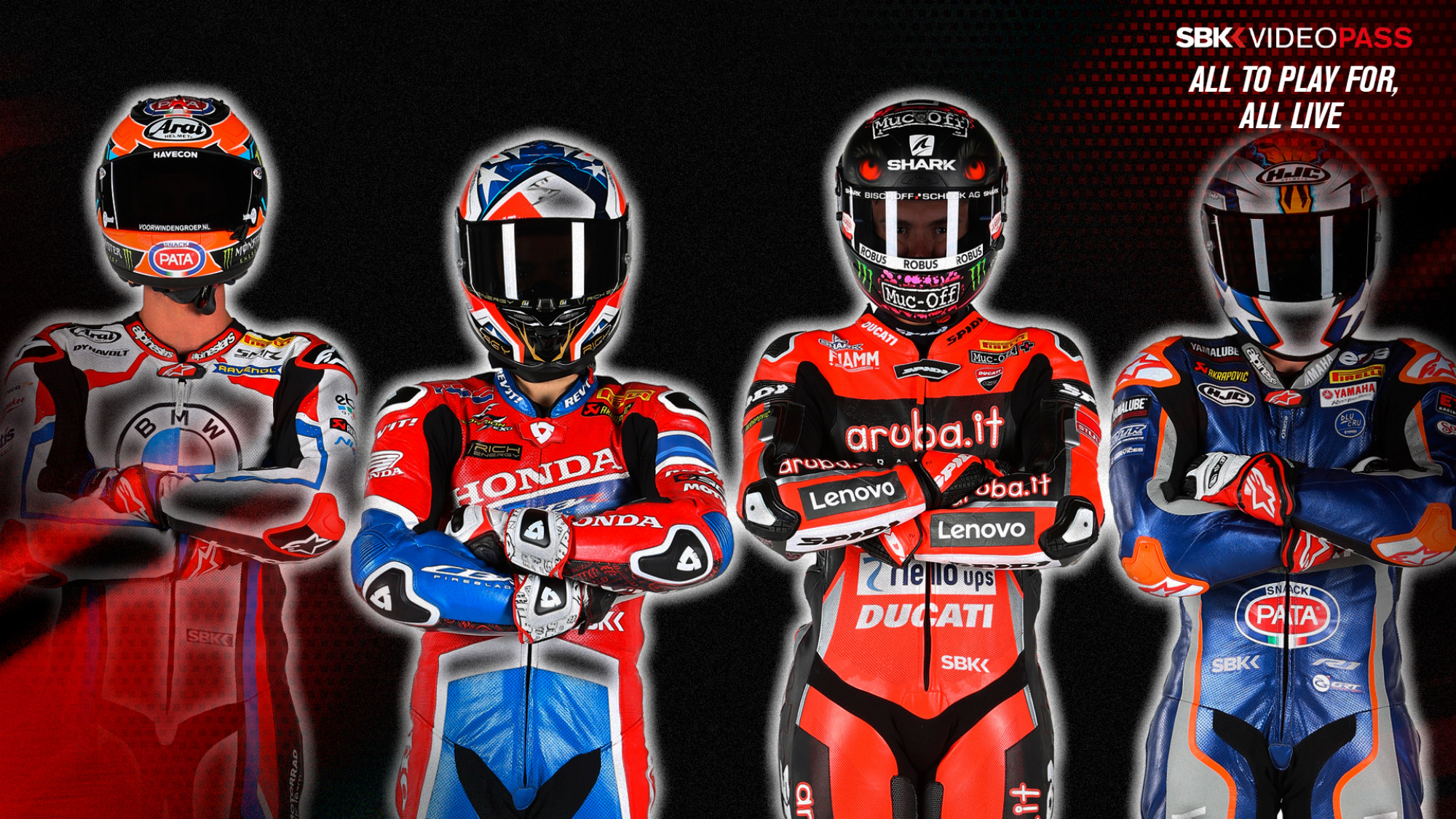 The battle to claim glory in the MOTUL FIM Superbike World Championship in 2021 will be contested by 23 riders as they all aim to become the World Champion. In order to do this, each rider must overcome their rivals on track with each rivalry set to define the outcome of the 2021 season.

One of the biggest rivalries of the season will be between reigning Champion Jonathan Rea (Kawasaki Racing Team WorldSBK) and long-term adversary Chaz Davies (Team GoEleven). The pair have battled it out on numerous occasions throughout their WorldSBK careers, including last year in Race 2 at the Aragon Round, and, despite Davies switching from the factory Ducati outfit to Team GoEleven. Both riders have shown strong pace throughout the offseason and if that continues, the rivalry could well reignite over the course of 2021.

Davies will be involved in another rivalry throughout 2021 as he aims to be the top Ducati rider, looking to usurp former teammate Scott Redding (Aruba.It Racing – Ducati) and Michael Ruben Rinaldi, who replaced him at the factory Ducati team. Davies ended the season strongly in 2020 while Rinaldi had his breakthrough campaign including victory at MotorLand Aragon. Redding came out on top of the trio last season as he pushed Rea all the way for the title with all three aiming to be top Ducati, and on top of the standings, at the end of the season.

There will be another battle to be the top rider for a manufacturer as Garrett Gerloff (GRT Yamaha WorldSBK Team) and Toprak Razgatlioglu (Pata Yamaha with BRIXX WorldSBK) are likely to battle it out for top Yamaha honours. Gerloff had his breakthrough at last year’s Catalunya Round with his maiden podium, before taking two more before the season ended. Razgatlioglu ended the season with two wins at Estoril as he finished 2020 strongly, and both have looked very quick throughout testing. Gerloff has set his sights high for 2021 and Razgatlioglu will be aiming to mount a challenge following a rollercoaster season; starting with a win at the beginning of the season before not standing on top of the rostrum until Estoril.

One rider who will want to make his mark is Michael van der Mark (BMW Motorrad WorldSBK Team) following his switch from Yamaha to BMW for 2021. The Dutchman will go up against Tom Sykes in the factory BMW team on the brand-new M 1000 RR, with both riders hoping to move BMW up the standings in 2021. Sykes, who won the Championship in 2013, comes into the new campaign with 34 wins to his name as well as 50 pole positions, showing van der Mark the challenge he is up against as he adjusts to a new team and new bike for this season.

Both will be up against Jonas Folger (Bonovo MGM Action) in the battle for lead BMW rider, with the German rookie showing strong pace throughout testing so far. Folger made two wildcard appearances in 2020 and impressed at both the Catalunya and Estoril Rounds, despite being hampered by a technical issue in the former. Folger’s impressive pace throughout testing has him challenging Sykes and van der Mark for the fastest BMW machine so far, while Eugene Laverty (RC Squadra Corse) was right on the pace of the three riders despite only being on the bike once throughout the offseason, having missed the Supported Test in Barcelona and testing for three days at MotorLand Aragon.

Team HRC will not be without a rivalry either as Alvaro Bautista and Leon Haslam go head-to-head for top honours within Honda, as well as adding to the podium tally since the Japanese manufacturer returned to WorldSBK last year as a full-factory outfit. Last year, there was nothing to separate the duo as they both finished on 113 points and both riders will be looking to get the edge on their teammate with podiums and wins throughout 2021.

Watch the rivalries unfold throughout 2021 with the comprehensive WorldSBK VideoPass!