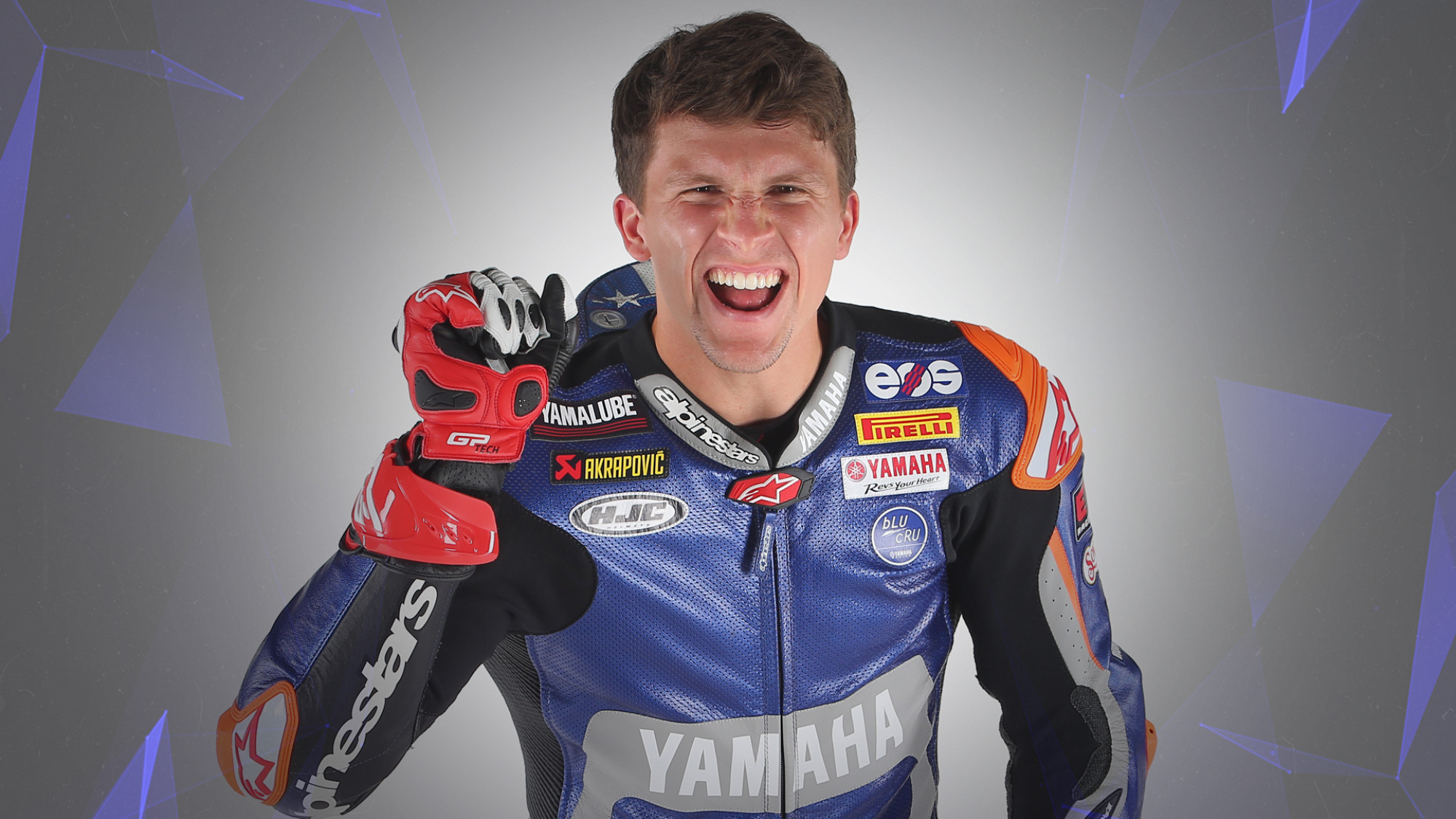 After equalling his best MOTUL FIM Superbike World Championship result to-date at Donington Park in the Prosecco DOC UK Round, American Garrett Gerloff has agreed a new one-year contract extension with Yamaha Motor Europe. The Texan will continue an already-successful partnership in the fastest production-based Championship until at least the end of the 2022 campaign aboard Yamaha machinery, and the 25-year-old has his sights set on an exciting future.

Gerloff claimed second place last time out in the UK which is his highest-placed finish in a full-length race, although he has finished second in a Tissot Superpole Race at Estoril in 2020. In total, the 25-year-old has claimed five WorldSBK podiums in his young career to-date, after making the switch from MotoAmerica at the beginning of the 2020 season, where he had been a race winner in the Superbike class on Yamaha machinery.

The Texas-born star competed in the Superbike class in MotoAmerica between 2018 and 2019 and secured four victories with a best of third in the standings in 2019. His stint in Superbikes in MotoAmerica came off the back of two consecutive Supersport titles in the United States, winning in both 2016 and 2017 – taking two championships in the three years he competed in the class, joining the likes of ex-WorldSBK Champion Doug Polen and 2006 MotoGP™ Nicky Hayden in becoming a multiple American National champion.

His successful stint in America gave him a shot on the world stage and Gerloff duly delivered, slowly building himself up as a regular podium contender throughout his rookie season; a campaign disrupted by the COVID-19 pandemic. As the season came to an end, Gerloff had stood on the podium three times, taking has maiden rostrum visit in Barcelona before two more podiums followed at the season-closing Estoril Round.

Gerloff’s stunning form continued into the 2021 campaign when he secured his first podium of the 2021 season at the first round at MotorLand Aragon, and whilst a couple of incidents blighted his copybook in the early stages of the 2021 season, Gerloff has shown strong pace up to now. Gerloff was also given the opportunity to partner nine-time MotoGP™ World Champion Valentino Rossi at the 2021 Dutch GP in MotoGP™, as he substituted for the injured Franco Morbidelli; a fine a consistent job showcased Gerloff’s ability and versatility. He’ll be looking to build on that throughout 2021 and into 2022 after securing a new Yamaha Motor Europe contract.

Discussing his contract extension, Gerloff said: “I’m really excited to have signed this contract with Yamaha to continue with them next year. I’ve had a great time in Europe over the past year and a half, and I’ve been really happy with the progress I’ve seen within myself, the GRT Yamaha WorldSBK Team and the Yamaha R1. We’ve made serious steps forward already this season, allowing us to consistently challenge for the podium, but I know there is more to come. We have been so close to that first win, within touching distance at Donington Park, and with the support of Yamaha and the team, I'm confident we can do it before the season is out.”

Yamaha Motor Europe’s Road Racing Manager, Andrea Dosoli, added: “I still remember Magny-Cours in 2019, when Garrett came to visit us and where our journey together started. Since then, he has impressed everyone inside the Yamaha family with his motivation and commitment. He has been delivering fantastic results, has shown great speed and is able to quickly adapt to new circuits, confirmed at Donington Park where he was fastest overall on his first day and claimed a very impressive podium on Sunday. We’re really happy that we can extend this collaboration for another season, believing that there is more to come from both sides and Garrett can become a title contender in the close future. We have given the possibility to a young, talented rider, who we selected from a national championship and brought him onto the world stage, clearly confirming the strong Yamaha worldwide motorsport involvement.”

Marketing and Motorsport Director of Yamaha Motor Europe, Paolo Pavesio, said: “It brings us great satisfaction to be able to confirm that Garrett will remain with Yamaha for a third season. Since joining us in 2020, Garrett has shown that he has the raw talent needed to succeed on the World Championship stage, regularly fighting at the front with the most prolific riders in the Championship.

“Garrett's move to WorldSBK has again shown the opportunities Yamaha riders have to step up from national championships, such as MotoAmerica, to the world stage. I believe that this is important for Yamaha, for WorldSBK and, in this instance, the American fans. It is our intention to make this step easier in the future, welcoming more Yamaha riders from overseas into our world championship program, as we have done already with Garrett, Kohta Nozane and Galang Hendra Pratama, to reconfirm the global role of WorldSBK.”

Can Gerloff secure his breakthrough victory at Assen? Don’t miss a lap of the action with the WorldSBK VideoPass!