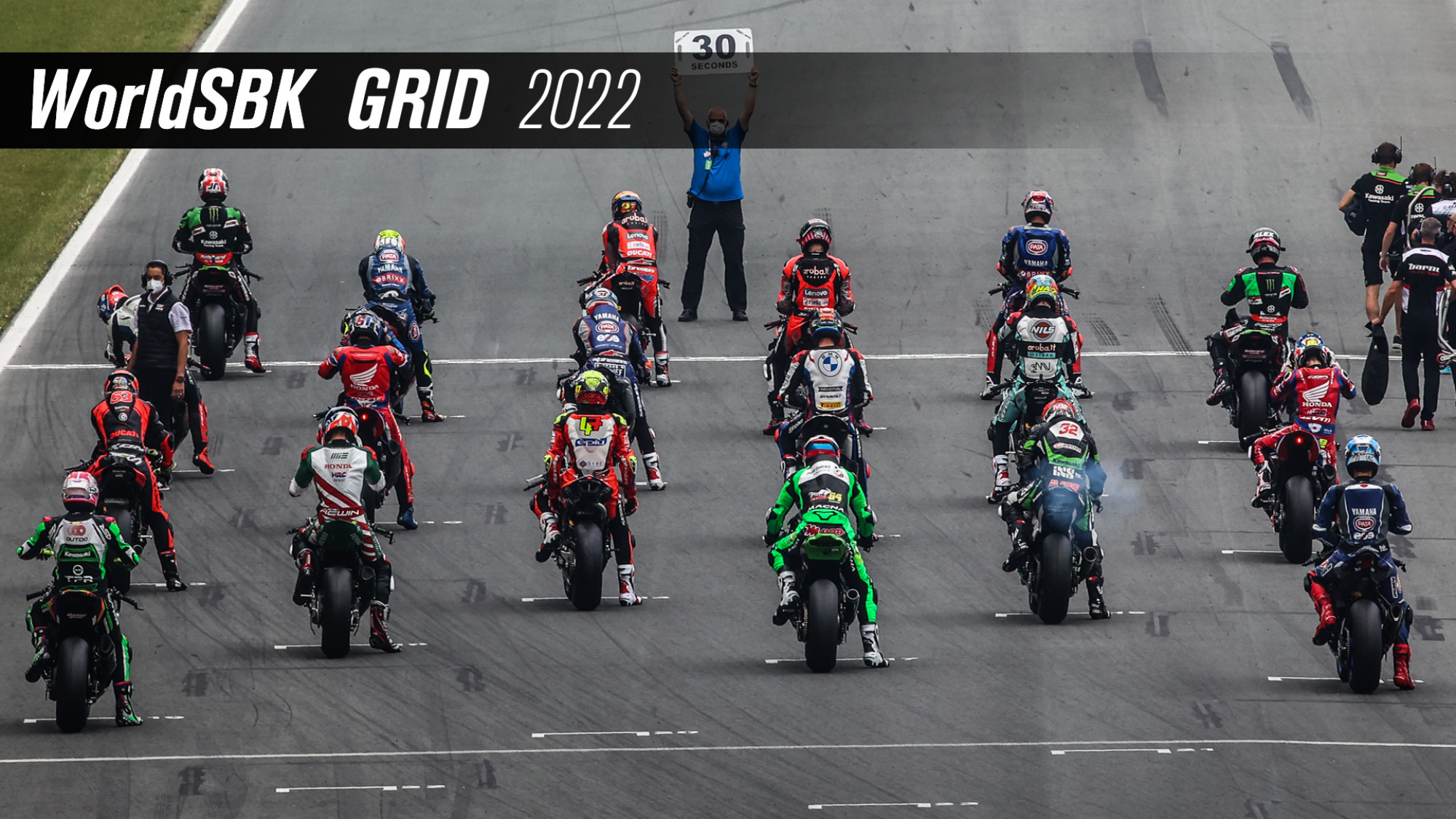 The 2022 MOTUL FIM Superbike World Championship grid is starting to take shape, with new rookies joining the grid next year and changes at three of the factory teams including an all-rookie line-up at Team HRC. The announcements are putting the motions in place for the 2022 season to be another thrilling encounter.

NO CHANGES AT KRT OR PATA YAMAHA

The two outfits that were involved in the 2021 Riders’ Championship battle have kept an unchanged line-up for 2022, with Jonathan Rea (Kawasaki Racing Team WorldSBK) and Toprak Razgatlioglu (Pata Yamaha with Brixx WorldSBK), have opted to keep their line-up the same for next season. Rea will once again be joined in the KRT box by Alex Lowes while Razgatlioglu will have Andrea Locatelli by his side for 2022.

BUT CHANGES AT THREE FACTORY OUTFITS…

The biggest change comes at Team HRC, which will run an all-rookie line-up in 2022 with MotoGP™ star Iker Lecuona and Moto2™ veteran Xavi Vierge moving across from the MotoGP™ paddock to take their place in WorldSBK at the factory Honda team. After the experience of Alvaro Bautista and Leon Haslam for the 2020 and 2021 campaigns, Honda have taken a different approach to their line-up for 2022.

Alvaro Bautista started his career in WorldSBK with the Aruba.it Racing – Ducati team, putting Rea under pressure in the first half of the 2019 campaign after a dominant start to the season. He moved to Team HRC for two seasons following that but will return to Ducati for 2022, hoping to emulate the form he showed when he first joined the Bologna manufacturer. He will be joined in the team by Michael Ruben Rinaldi with the young Italian remaining at the factory Ducati outfit for a second season.

Bautista’s return to Ducati was facilitated by Scott Redding’s move to the BMW Motorrad WorldSBK Team. Redding, like Bautista, moved to WorldSBK from MotoGP™ and joined Ducati, but after two seasons has decided to head to BMW where he will race alongside Dutchman Michael van der Mark.

Two riders from WorldSSP will line up on the 2022 WorldSBK grid as teams look to World Supersport for their riders. Philipp Oettl will join Team GoEleven after agreeing a deal that covers both 2022 and 2023 after two seasons competing in WorldSSP and becoming a regular podium contender.

Sammarinese rider Luca Bernardi will make the step up to WorldSBK with the Barni Racing Team after a single season in WorldSSP, which was also ended early due to injury. Like Oettl, Bernardi became a regular podium contender during his time in WorldSSP and has also agreed a two-year deal with his new team as he arrives in WorldSBK at just 20 years old.

Alongside Team GoEleven and Barni Racing Team, other Independent outfits have also confirmed their riders for 2022. Garrett Gerloff and Kohta Nozane will remain with the GRT Yamaha WorldSBK Team for next season with the Yamaha YZF R1 while the Bonovo action BMW Racing Team will expand to two riders for 2022: Loris Baz returns to WorldSBK after a season in the USA, and a brief cameo in WorldSBK this season, while Irishman Eugene Laverty is back full-time in WorldSBK after a difficult 2021 campaign. Belgian rider Loris Cresson was announced on a two-year deal with OUTDO TPR Team Pedercini Racing from 2021.

Lucas Mahias, who has missed the end of the 2021 campaign through injury, will also be back in 2022 at the Kawasaki Puccetti Racing squad. MIE Racing Honda Team will expand to two bikes for 2022, with Leandro Mercado returning for a second season with the squad alongside new recruit Hafizh Syahrin. Axel Bassani will return with Motocorsa Racing for a second WorldSBK campaign after a stellar rookie season where he secured one podium and became a regular podium contender in the second half of the season. Orelac Racing VerdNatura will run with Czech rider Oliver König in 2022 as he makes the step up from WorldSSP300 after his one-off outing in Indonesia last season, while French rider Christophe Ponsson returns with Gil Motor Sport-Yamaha for another campaign. There will be one new team on the grid too, with the Yamaha Motoxracing WorldSBK Team stepping up with Isaac Viñales.

Get set for an incredible 2022 WorldSBK campaign with the WorldSBK VideoPass!