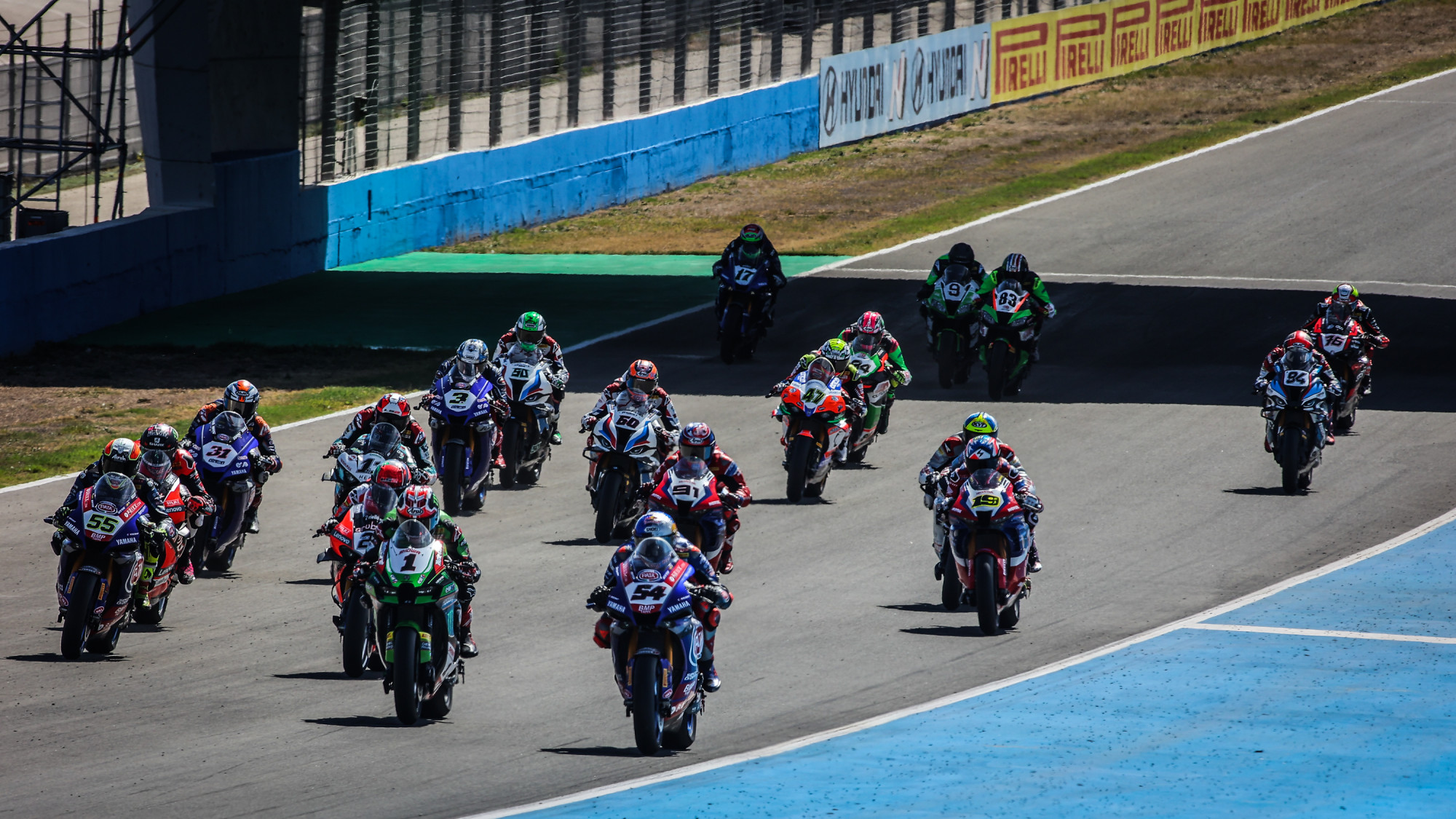 The 2021 World Superbike title is already a memorable one, but now it’s time for the spectacular Algarve International Circuit in Portugal

The 2021 MOTUL FIM Superbike World Championship has arrived in Portugal for the Motul Portuguese Round at the Algarve International Circuit for the eleventh round of the season. With the Championship gap at the most it’s been at since July and sporting the biggest Championship lead he’s ever had, Toprak Razgatlioglu (Pata Yamaha with Brixx WorldSBK) is hoping that he can get his advantage increased at Portimao, a track that title rival Jonathan Rea (Kawasaki Racing Team WorldSBK) has won at 12 times. As the final European round of the season beckons, it could be make or break this weekend at Portimao.

In fine form and with a commanding Championship lead, Toprak Razgatlioglu is building up a strong advantage going into the final rounds of 2021. Race 2 at Jerez saw him take a tenth win of the year, giving him a 20-point Championship lead. However, Portimao is very much Jonathan Rea’s territory, but Toprak’s had his fair share of success at the circuit too; along with his three WorldSBK podiums, Toprak won at Portimao in the European Superstock 1000 class in 2017 and in the Superstock 600 class in 2015. Teammate Andrea Locatelli was denied two podiums last time out at Jerez and had to settle for fourth twice, although he was a double winner in WorldSSP at the track in 2020.

In the green corner, Jonathan Rea heads to the track where he’s become synonymous with over the years – 12 wins, 21 podiums, four poles, usually watched on by a passionate Northern Irish crowd. However, this year is different for Rea as he trails in the title race and knows that he needs to get back on terms. Striking back at Portimao will put him back in contention but leaving the track with a deficit of 27 points or more will mean that rival Razgatlioglu will be able to finish second in the remaining races, even if Rea wins. It’s nearing a precipice for Rea, who also can’t rely on teammate Alex Lowes too much. Lowes was ruled unfit ahead of Race 2 following a right hand fracture from Catalunya; he took two podiums for Kawasaki at the track in 2020, if fit, he’ll aim to add to that tally.

WAITING IN THE WINGS: Ducati still a force to be reckoned with

At Ducati, Scott Redding (Aruba.it Racing – Ducati) came away from Jerez with a double podium, taking a last lap third place in Race 1 and just missing out on Race 2 victory after a fight with Toprak Razgatlioglu. 69 points back on the Championship lead, Redding’s relying on good form combined with bad luck for the two ahead of him to remain in the title fight. His form at Portimao was mixed last year, with seventh and fifth in Race 1 and Tissot Superpole Race, whilst Race 2 saw him second. Teammate Michael Ruben Rinaldi showed flashes of brilliance at Jerez, but a Race 1 crash and a late Race 2 fade left him wanting more; he took a double top six in the full races in 2020 at Portimao.

A trending topic from the last two rounds have been Team HRC, particularly Alvaro Bautista, who has had two podiums in the last four races. A third in the Tissot Superpole Race at Catalunya was backed up with a fine Race 2 third place at Jerez, beating Andrea Locatelli late on. Bautista was a winner at Portimao back in 2019 for Ducati and last year, he took his first top five for Honda in Race 2. On the other side of the garage, Leon Haslam (Team HRC) didn’t crack the top ten at Portimao in 2020 or at Jerez last time out, so hopes that recent good Superpole showings give race pace gains.

It was a tricky round last time out for BMW, as Michael van der Mark (BMW Motorrad WorldSBK Team) was only 13th on the grid, battling to seventh in Race 1 and eighth in Race 2. Van der Mark has good form at Portimao, with six podiums during his Yamaha years, as well as a win in 2014’s WorldSSP race. With Tom Sykes’ participation unconfirmed as the British rider recovers from his Catalunya Race 2 injuries, the BMW squad will hope that the new M 1000 RR hits the ground running at Portimao, in order to stay in the fight for a top six in the Championship overall.

INDEPENDENT BATTLES: fights through the field

It’s tightening up for the best Independent’s battle, with Garrett Gerloff (GRT Yamaha WorldSBK Team) not able to rekindle his early season form at present. His lead over Axel Bassani in the standings has been whittled down to 20 and Bassani’s recent form may well see it reduced further this weekend. With Chaz Davies (Team GoEleven) still out injured, Loris Baz is back on the Ducati Panigale V4 R, heading to the track where he took a podium at in 2020 – his first podium since Race 2 at Losail, 2014. Kohta Nozane (GRT Yamaha WorldSBK Team) is the next Independent, two points clear of Lucas Mahias (Kawasaki Puccetti Racing), although he’ll miss the rest of 2021; he’s replaced by Tito Rabat for the Motul Portuguese Round.

Christophe Ponsson (Gil Motor Sport Yamaha) hopes to close on Eugene Laverty in the standings, the Irishman’s presence to be confirmed. Isaac Viñales (Orelac Racing VerdNatura) will make an emotional return to racing action and hope to put pressure on the top ten placings, whereas Jonas Folger (Bonovo MGM Racing) will be going for a third consecutive points-scoring ride for the first time in his WorldSBK career. Leandro Mercado (MIE Racing Honda Team) had made a visible step forward at Jerez and that’s something he will wish to take to Portimao. Samuele Cavalieri (Barni Racing Team) is back again, whilst Loris Cresson (OUTDO TPR Team Pedercini Racing) leads teammate Lachlan Epis in Lucio Pedercini’s outfit. One wildcard to know about is Gabriele Ruiu (B-Max Racing Team), with the Italian aboard the BMW M 1000 RR.

Enjoy the Official Programme for FREE here, whilst enjoying the final three rounds of 2021 season with the WorldSBK VideoPass!