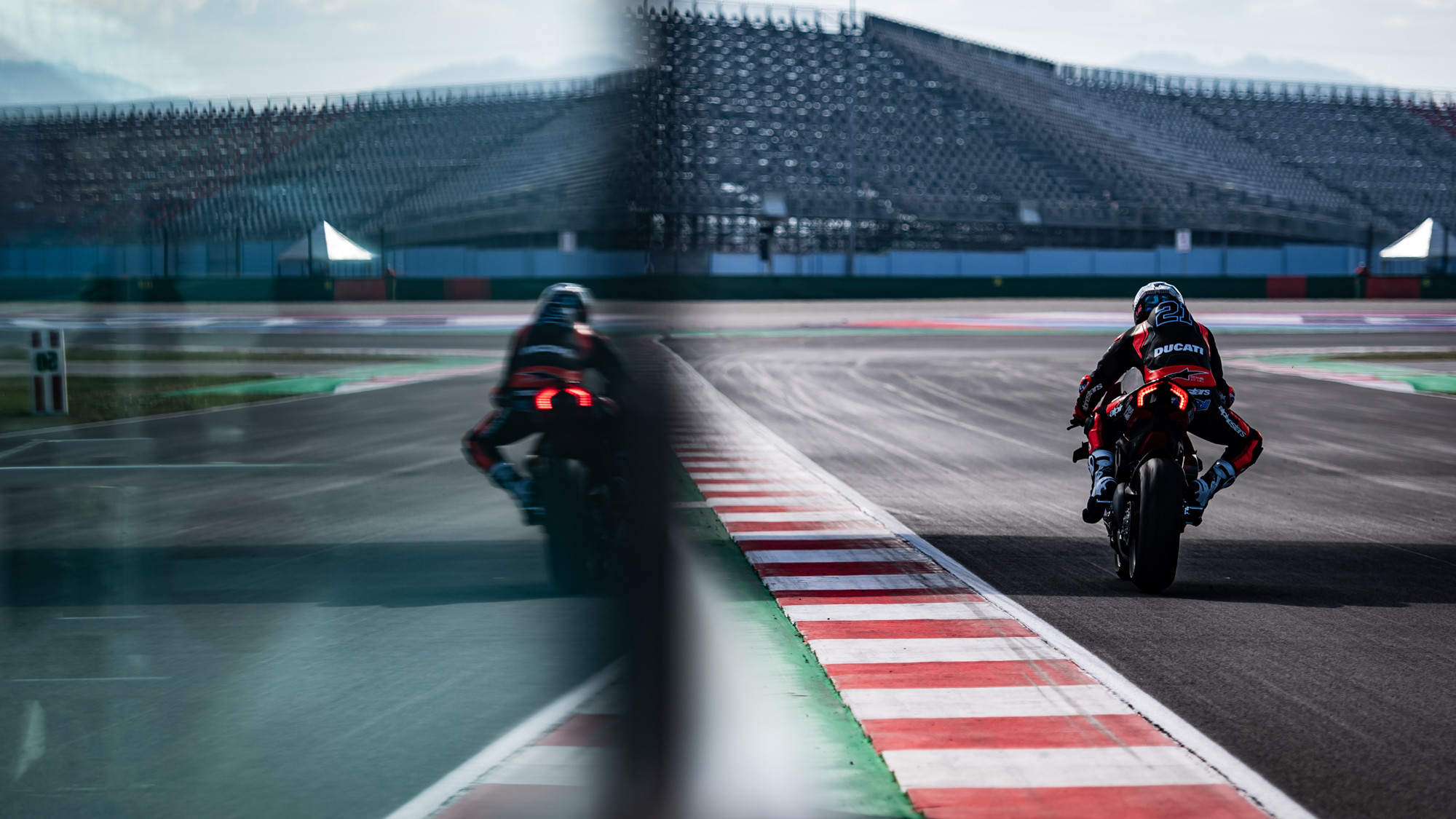 With preperations for the 2021 MOTUL FIM Superbike World Championship season continuing to ramp up numerous teams and riders from both WorldSBK and WorldSSP taking to the Misano World Circuit “Marco Simoncelli” over the course of the weekend as teams and riders continue to get ready for the 2021 season. Three WorldSBK riders took part in the test across the weekend with rookies Axel Bassani (Motocorsa Racing) and Andrea Locatelli (PATA Yamaha WorldSBK Team) joining Michael Ruben Rinaldi (Aruba.It Racing – Ducati).

Bassani took to the track on a stock Ducati, in team colours, with the 21-year-old completing 25 laps across his one day of testing which was partly disrupted due to fog and cold weather conditions. Bassani, who was accompanied by crew chief Francesco Reale and Team Manager Lorenzo Mauri, had been planning on four stints of 30 minutes each, but the poor weather conditions meant he was able to only complete 2.5 stints. Rinaldi’s training continued at Misano on a Ducati Panigale V4 S at the Misano circuit as he prepares for his first season in the factory Ducati outfit. Locatelli was out on the track on a training bike as he gears up his preperations for his rookie WorldSBK campaign.

2019 WorldSSP Champion Randy Krummenacher (EAB Racing) completed around 60 laps on Saturday and Sunday at Misano as he got to meet his crew chief and electronics engineer for the first time. With a lot of laps under Krummenacher’s belt, it enables himself and the team to know where they need to work on as he prepares for his comeback. Luca Bernardi (CM Racing), who will compete in the WorldSSP Challenge in 2021, was another rider out on track as he took to the 4.226km circuit on a private Yamaha R6; the Sammarinese rider will compete on a Yamaha YZF R6 throughout the 2021 campaign. Bernardi completed around 100 laps across Saturday and Sunday as he got familiar with his Yamaha machinery.

VFT Racing duo Davide Pizzoli and Federico Fuligni were also on track at Misano as VFT Racing returns to the WorldSSP Championship for the 2021 season. Fuligni will link up with a new team and a new bike as he switches to Yamaha machinery from MV Agusta in 2020. Federico Caricasulo (GMT94 Yamaha) returns to WorldSSP for 2021 after a season in WorldSBK and his preperations got underway with some mileage at Misano. Spanish rider Manuel Gonzalez (Yamaha ParkinGO Team) also took to the track at Misano as he prepares for his second year of WorldSSP action but on a Yamaha following the team’s switch from Kawasaki to Yamaha.

Follow more action from both WorldSBK and WorldSSP using the WorldSBK VideoPass!