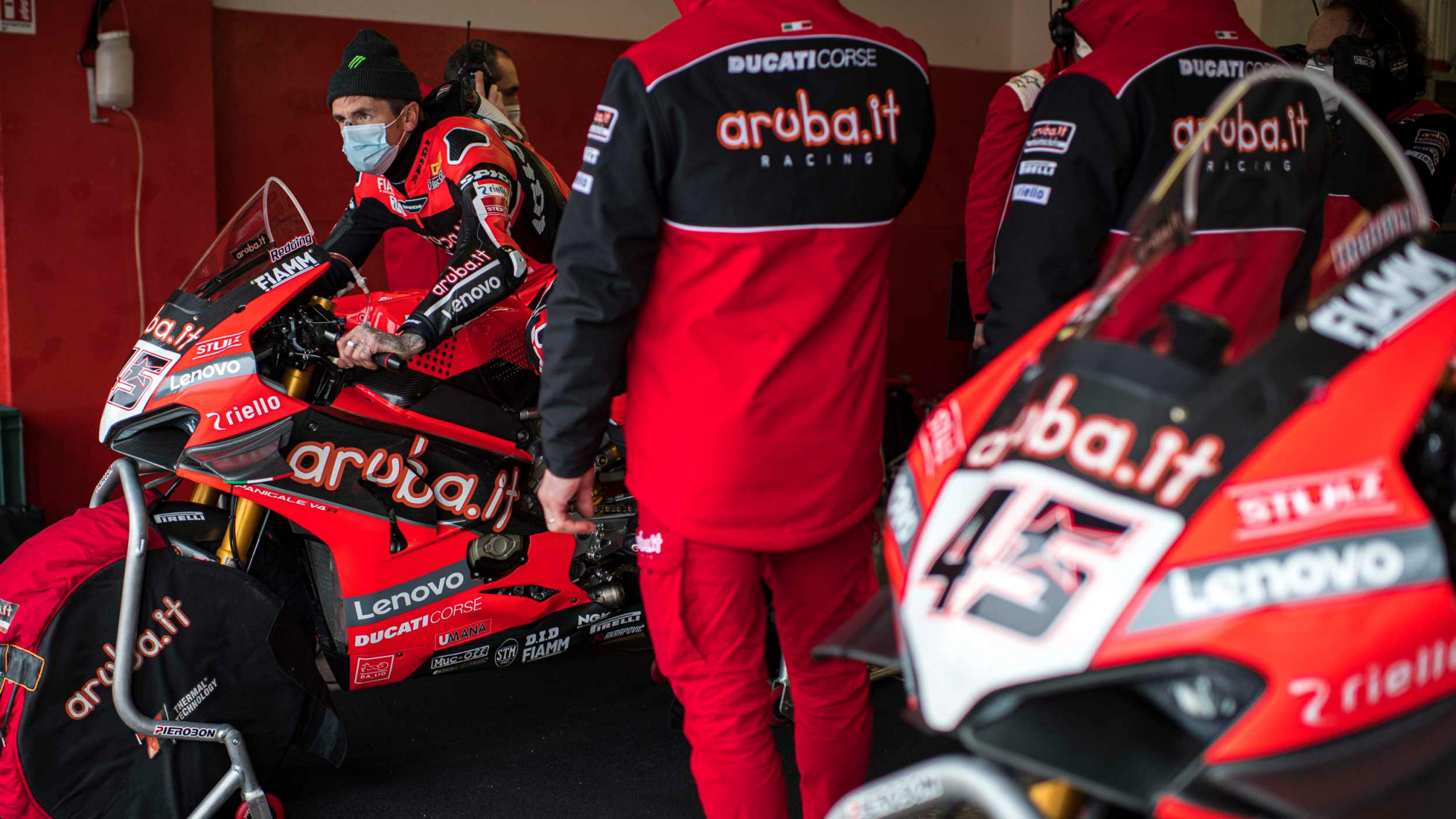 A whole host of reasons make preseason testing an even more important dynamic before the 2021 racing season even goes green.

The 2021 MOTUL FIM Superbike World Championship season is set to be one of the closest the Championship has ever seen and it’s vital to go into the year with confidence in your team and motorcycle. How do you achieve that? Testing. However, in 2021, with testing limitations, travel restrictions and new innovations, trepidation is higher than usual. So, why is testing so important?

Firstly, although it seems somewhat obvious, new motorcycles and parts are in abundance in 2021. Kawasaki field a new ZX-10RR, BMW bring the all-new M 1000 RR to the table and Yamaha will bring an evolution of their YZF-R1 for 2021. In order for those bikes to competitive from lights out at round one, they need to hit the ground running in testing, although that is seeming harder than usual. The ever-changing situation during the pandemic, coupled with generally poor European weather in the early months of the year, mean that there’s added emphasis on making sure the time spent on track is rendered valid – but the introduction of limited testing looms larger than most.

From the end of the 2020 season to the end of the 2021 season, only ten days of private testing is permitted for each team and rider. That means, unless you are with a bike not considered for racing, you will be subjected to the limited time. The Jerez test in January saw virtually nobody on track, with the rain rolling in, meaning teams and riders opted to remain in the box to save their day for a better time. The restrictions mean that any time spent testing must now be useful for the team, and it is forcing operations up and down the paddock to be strategically-minded with how they use up their allocated days, to give themselves the best shot at success in 2021.

One more reason is that the 2020 season was a short one; manufacturers like Honda, who brought a new bike, are desperate for valid track time, so that they can develop their bike to be a contender. Just eight rounds in comparison to the planned thirteen meant Honda lost a lot of potentially-useful track time.

However, so did the rookies; Scott Redding (aruba.it Racing – Ducati) and Garrett Gerloff (GRT Yamaha WorldSBK Team) remain in WorldSBK for 2021 but are without the experience they could’ve had with extra rounds – albeit, both were on the podium in the final round of the season. Even so, both will want to have the perfect testing conditions ahead of 2021, hence why it is so important they use their allocated days wisely. Not just that but for last year’s rookies, as well as this year’s, they’ll head to new circuits in WorldSBK such as Assen, Donington Park and Misano; established battlegrounds for those seasoned in World Superbike action. The better you understand your motorcycle, the closer you’re likely to be when you hit one of those circuits.

Another group of riders who will want to have more valid time on track include all of those who changed manufacturer last season. Alex Lowes (Kawasaki Racing Team WorldSBK), Toprak Razgatlioglu (PATA Yamaha WorldSBK Team), Alvaro Bautista (Team HRC) and teammate Leon Haslam to name all but a few, will hope to make good use of their testing time. In the case of Bautista and Haslam, they’re developing a new bike and it is even more crucial that they make the most of preseason testing. It’s more important than ever, with the restrictions and competition level combined, to make hay whilst the sun shines.

That’s one more reason, too; the competition level is so high in 2021. Jonathan Rea (Kawasaki Racing Team WorldSBK) has aims for a seventh title, whilst Lowes, Redding, Razgatlioglu, Chaz Davies (Team GoEleven) and Michael Ruben Rinaldi (aruba.it Racing – Ducati) were all winners in 2020 and are with the same manufacturer again in 2021, putting them one step closer to Jonny. Throw into the mix the young talent of Garrett Gerloff, Bautista’s development skills at Honda and the refreshed BMW Motorrad WorldSBK Team line-up of Tom Sykes and new recruit Michael van der Mark – and their M 1000 RR – and it is clear to see why getting a better understanding of your motorcycle in preseason is hugely important for 2021.

Follow testing action and all of the 2021 season unfold with the WorldSBK VideoPass!