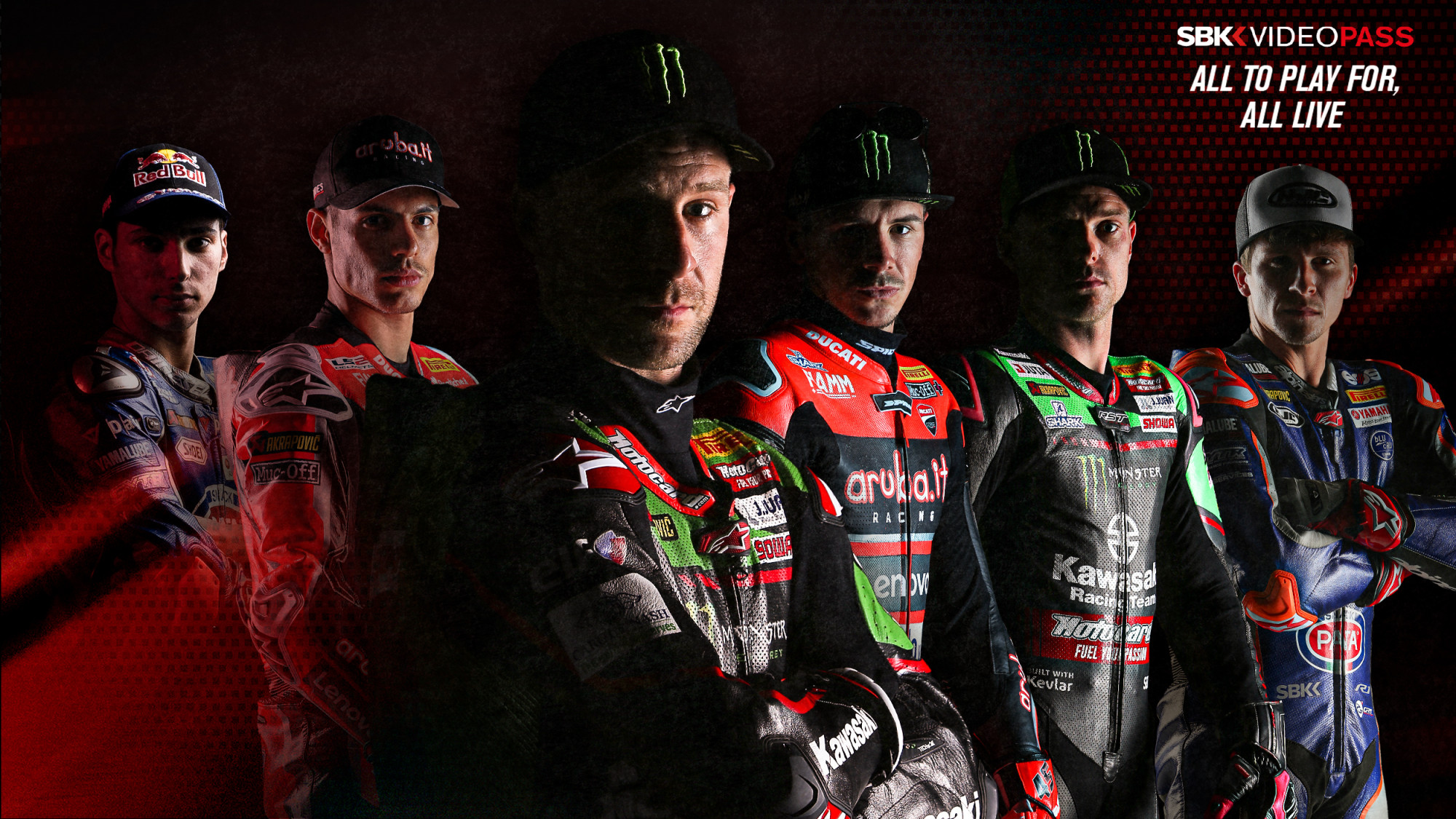 All eyes from the opposition will be on Jonathan Rea (Kawasaki Racing Team WorldSBK) in 2021 as they look to prevent him from securing his seventh consecutive MOTUL FIM Superbike World Championship crown but with plenty of riders with their eyes on the prize. Who will be Rea’s main rivals in the 2021 season?

Scott Redding (Aruba.It Racing – Ducati) pushed Rea all the way in his rookie campaign in 2020 and will be hoping he can go one better as he heads into his second season. Having taken five wins last season, and 14 podiums as well as one pole position, the Brit will be looking to build on a strong first season in WorldSBK and take the fight to Rea even more throughout 2021.

Redding has a new teammate for 2021 as Michael Ruben Rinaldi joins Aruba.It Racing – Ducati. Rinaldi, Redding and Rea engaged in a titanic battle at the Teruel Round at MotorLand Aragon, the site of this year’s season opener, with the trio sharing a win apiece at the Teruel Round. With Rinaldi moving into the factory Ducati outfit for 2021, will he be able to consistently challenge Rea for the title?

Toprak Razgatlioglu (Pata Yamaha with BRIXX WorldSBK) has already battled it out with Rea throughout his career, including when he took his first two WorldSBK wins at Magny-Cours in 2019, while the duo also duelled it out at the season-ending Estoril Round in 2020 with the Turkish star coming out on top in that battle. With a history of battles between the two, and both looking rapid in testing, this rivalry looks like it could be a season-long battle to see who comes out on top in 2021.

A new rival that appears to be emerging for is Garrett Gerloff (GRT Yamaha WorldSBK Team) after the American’s breakthrough Catalunya Round in 2020. At the Supported Test which took place at the Circuit de Barcelona-Catalunya, all eyes were on Rea and Gerloff as they battled each other for supremacy on the timesheets on the final day of action. Rea came out on top on that occasion but Gerloff showed he could fight at the front throughout 2020 and testing in 2021. This rivalry is set to ignite throughout the 2021 season as Gerloff embarks on his second WorldSBK campaign, but can he be the one that stops Rea from securing his seventh consecutive title?

Could Rea’s main threat come from inside the KRT garage? Alex Lowes (Kawasaki Racing Team WorldSBK) will certainly hope so as he heads into his second season with KRT. The British rider claimed one win and four podiums in his first season with Kawasaki and will be looking to build on that in 2021. Lowes has been full of praise for the new ZX-10RR throughout testing as he adjusts to the new bike ahead of the new season and he will be hoping he can be the one to beat Rea.

The five riders above are definitely not the only rivals Rea can expect in 2021, with other riders looking to take his crown. Alvaro Bautista (Team HRC) pushed Rea all the way in 2019, while Chaz Davies (Team GoEleven) has a history of battling it out with Rea, including finishing runner-up to Rea in the Championship on multiple occasions. Tom Sykes (BMW Motorrad WorldSBK Team) was Rea’s teammate at Kawasaki between 2015 and 2018, with the pair battling it out throughout their time together while Michael van der Mark (BMW Motorrad WorldSBK Team) and Leon Haslam (Team HRC) have all had their battles against Rea and will be looking to repeat them in 2021.

Watch every single moment of action in 2021 using the WorldSBK VideoPass!