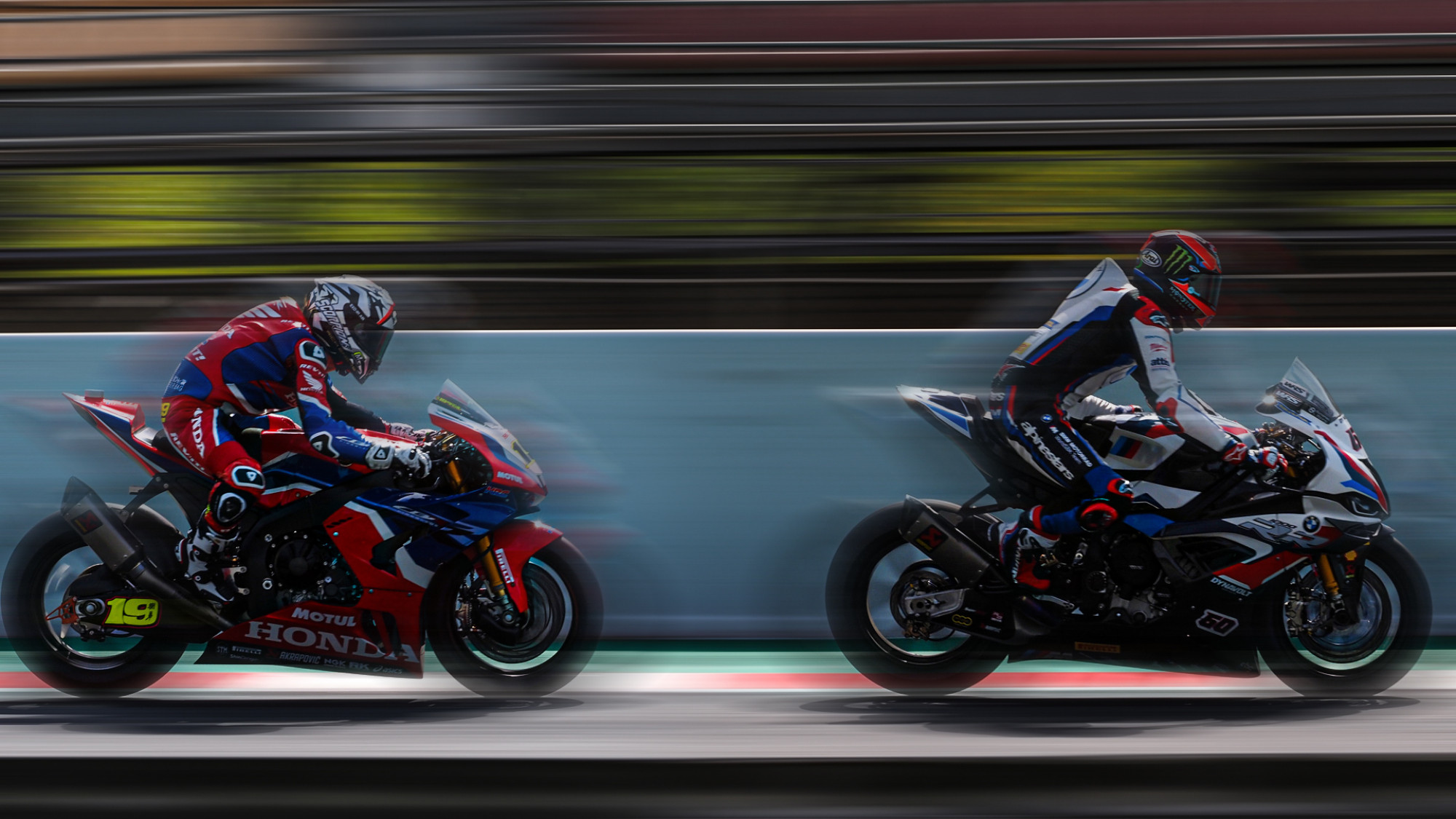 With new bikes and new upgrades on display, one metric to analyse the performance of the bikes is to look at their recorded top speed.

The two-day Supported Test for the MOTUL FIM Superbike World Championship was a chance for all five manufacturers to show off new tech innovations to improve the performances of their bikes ahead of the 2020 season. With BMW, Ducati, Honda, Kawasaki and Yamaha all present, it also gives us the first chance to make a comparison between the five manufacturers.

With new bikes being brought to WorldSBK by BMW and Kawasaki, with the M 1000 RR and ZX-10RR respectively, as well as upgrades by Ducati, Honda and Yamaha with the Panigale V4 R, CBR1000 RR-R and YZF R1, including new engine components to produce more power and improve power delivery, one metric that can be used to compare machines is the top speed, and the consistency of the top speeds being reached.

Honda and BMW lead the way for overall top speed…

In terms of top speed, perhaps it was Michael van der Mark (BMW Motorrad WorldSBK Team) who stole the headlines when he posted a speed of 329.5km/h on day two of the test, matching Alvaro Bautista’s (Team HRC) speed from day one. The headline speed shows the potential for van der Mark but dive deeper and there is also consistency there. His five best times on day one came out at sixth fastest, averaging 322.4km/h, while this improved by 2km/h on the second day – although potentially with the aid of a slipstream during two of the five laps those speeds came from. Van der Mark was the fastest BMW rider in a straight line with teammate Tom Sykes (BMW Motorrad WorldSBK Team) was around 5-6km/h slower across an average of his fastest five laps, with Jonas Folger (MGM Bonovo Action), who runs with the BMW M 1000 RR between the two.

Kawasaki close in on Ducati

Bautista’s average speed was the highest across the two days as he averaged 327.3km/h while Tito Rabat (Barni Racing Team) was the fastest on day two as he averaged 325.9km/h as his top speed. The 2014 Moto2™ World Champion was the fastest Ducati rider in terms of top speed, coming on the second day of the test, as he continues to adjust to his new surroundings; Rabat constantly improving his time throughout day two. In terms of other Ducati machines, Scott Redding (Aruba.It Racing – Ducati) and teammate Michael Ruben Rinaldi averaging a top speed from their best five speeds of 325.1km/h and 323.6km/h respectively. Chaz Davies (Team GoEleven), taking to the track with his new team for the first time in 2021, instantly posted times and fastest speeds towards the top of the order with an average speed of 324.4km/h and peaking just 2km/h slower than Bautista and van der Mark’s fastest speed from the test. At Kawasaki, both Jonathan Rea (Kawasaki Racing Team WorldSBK) and Alex Lowes were also both just over of an average of 320km/h with six-time Champion Rea averaging 321.9km/h with his brand-new ZX10-RR and Lowes just 1km/h slower than his teammate, with both riders posting their best average on the second day of testing, as Kawasaki look to close the gap on their Championship rivals.

Yamaha quick over a lap, but lacking a little bit in a straight line?

Yamaha had five machines running in the two-day test with the factory team joined by two satellite outfits. Andrea Locatelli (Pata Yamaha with BRIXX WorldSBK) was the fastest Yamaha in a straight line as he took an average top speed of 319.2km/h, although teammate Toprak Razgatlioglu’s running was severely limited on day two. A surprise considering his strong lap times was Garrett Gerloff (GRT Yamaha WorldSBK team) as the American’s best five top speed average came out at 317km/h. Yamaha were the only manufacturer to not post an average of 320km/h or faster across both days.

But how does it compare to the Catalunya Round from 2020?

While not everything can be compared to the Catalunya Round from September 2020 due to new riders at various teams and differing weather and track conditions, top speeds were generally faster than at the Round last year as manufacturers look to keep developing and refining their machines. The biggest gain, when looking at riders who have stayed with their team into 2021, came from Lowes, whose top speed increased by 5km/h while Redding also gained 4.2km/h compared to the Round, with Rea finding an extra 3.2km/h. At the other end of the spectrum, Sykes gained only 0.3km/h on his top speed from the Catalunya Round while Gerloff actually lost some top speed (down 0.7km/h) from the Round where he claimed his first WorldSBK podium, after reaching a top speed of 319.5km/h in September while factory rider Razgatlioglu gained 4.1km/h. Both HRC machines found speed down the straight too with Bautista gaining 3.3km/h and Haslam 1.3km/h.

Don’t miss a moment of action from WorldSBK in 2021 using the WorldSBK VideoPass!