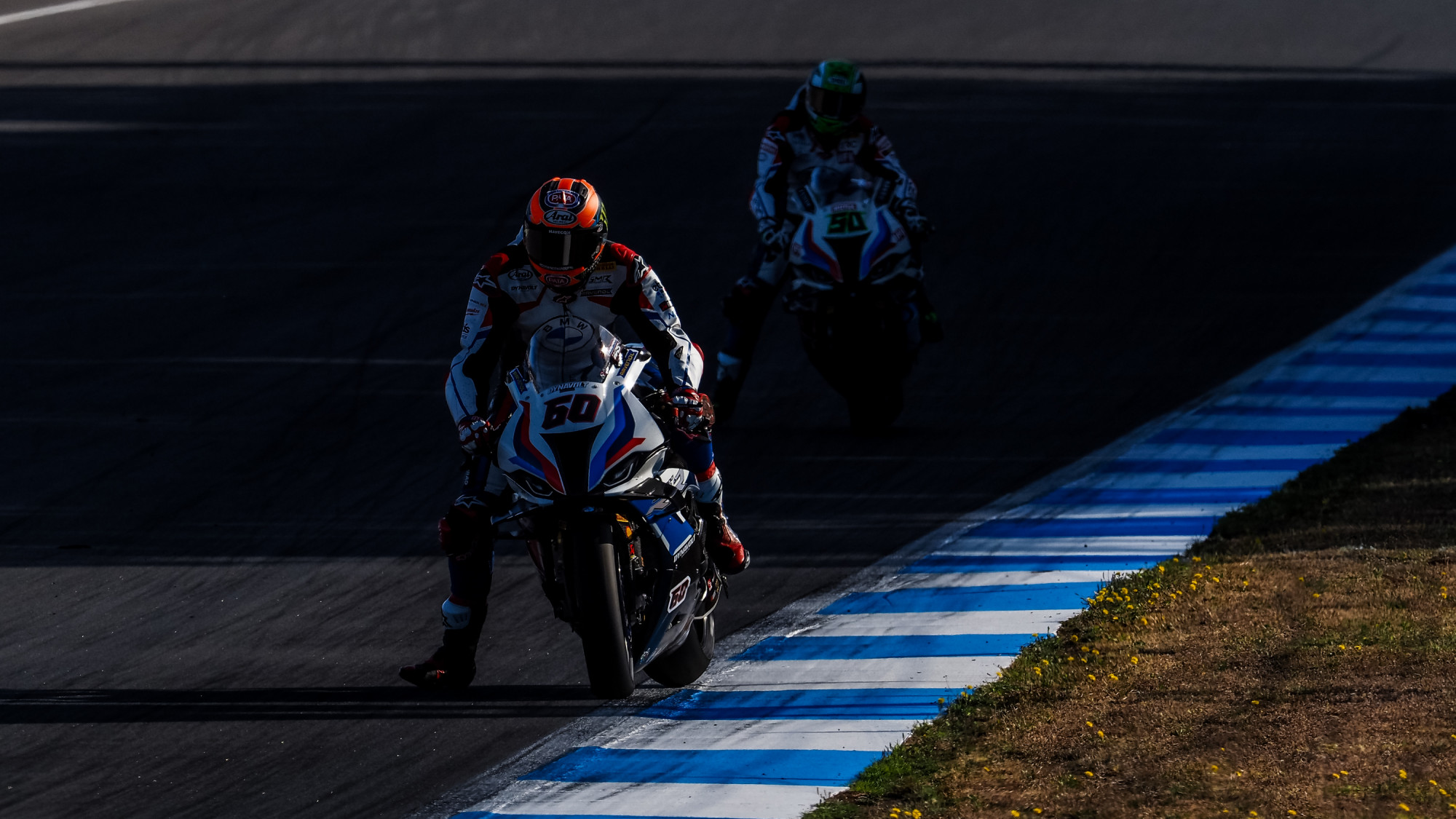 The 2021 MOTUL FIM Superbike World Championship paddock is already packing up from the second round at the Circuito Estoril and there’s plenty of stories to follow as the grid heads to the Misano World Circuit “Marco Simoncelli” in two weeks. One of those hot topics is Michael van der Mark (BMW Motorrad WorldSBK Team), who has been something of a revelation in the first two rounds of the season as he adapts to the BMW M 1000 RR machinery.

Whilst his Superpole results have been far from stellar, van der Mark has scythed his way passed his opposition in the races and even led at MotorLand Aragon in Race 2. Over the Gaerne Estoril Round, the Dutchman had to come from outside the top ten once again, with 12th being his starting position for Race 1 and the Tissot Superpole Race, before dropping to 14th for Race 2. Despite the comebacks required, van der Mark put in top rides to come away seventh in the standings.

“Race 2 was quite good; I got a good start although I was a bit unlucky at the first corner,” began the Dutchman, reviewing his Sunday afternoon work. “Anyway, I had quite a strong pace and got to pass some people with some nice overtaking and there was one point I was behind Locatelli, but I just couldn’t get any closer. It was quite tough but also for me, I am quite happy with this result. We have learned a lot in the races, and I can see, especially when I follow my old bike, where we’re losing out; it’s just the first bit of drive out of the corner where we are losing and I think if we can improve this part, we can make another big step forward.”

The BMW M 1000 RR is new for 2021 and features a new engine, as well as a new aerodynamic package and an array of other components. Whilst van der Mark has been making the most of the bike in the races, teammate Tom Sykes has been the fastest in the Superpole sessions. Then, the Independent BMWs have also been in the mix, with Eugene Laverty (RC Squadra Corse) having his strongest weekend with the bike so far, whilst Jonas Folger (Bonovo MGM Racing) had a strong opening day but couldn’t quite convert it come the races.

Returning to van der Mark, he continued to look forward to even better days for the project: “We are in a learning process, but we’ve improved the bike, especially the consistency in the whole race and I think we’ve had a positive end to the weekend. The guys have improved so much on the electronics of the bike that we’ve been really consistent and fast. There’s a lot more in this bike, we’ve just got to take it step-by-step. Misano is one of my favourite tracks, I’m ready to go and I think that the BMW can do really well there as well.”

Follow the action and the big stories between Estoril and Misano with the WorldSBK VideoPass!