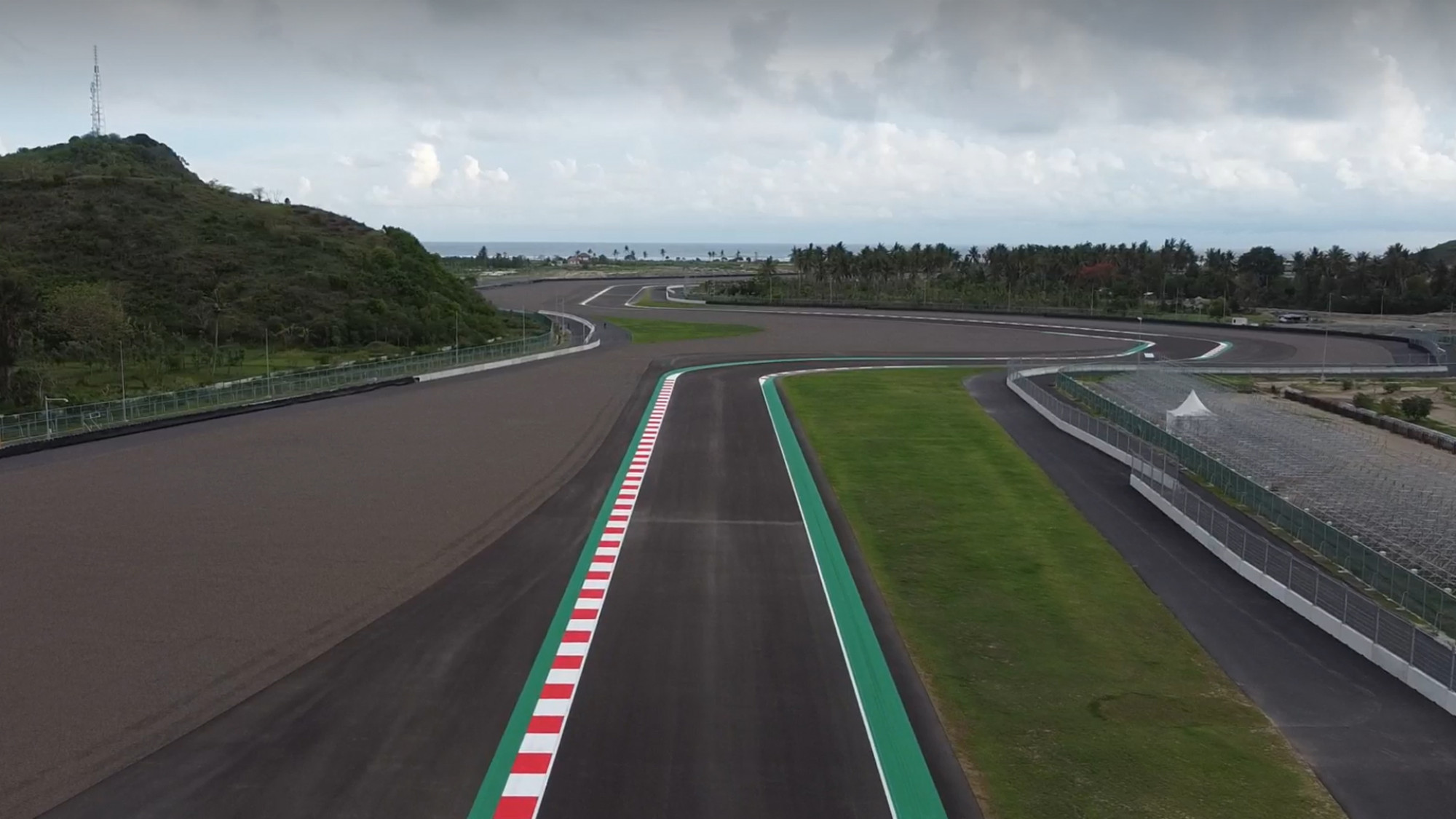 Throughout history, new venues have always brought a new quirk with them with Most and Navarra being the latest examples…

The 2021 MOTUL FIM Superbike World Championship is alive and kicking as the paddock heads to the Pertamina Mandalika International Street Circuit for the final round of the season. The Pirelli Indonesian Round means that WorldSBK visits a new venue for the third time in 2021, following on from the Autodrom Most in the Czech Republic and the Circuito de Navarra in Spain. However, with new tracks comes new drama and potentially, new rivalries and winners, so it is time to look back through WorldSBK history to see which circuits have had iconic openings.

You only have to look at Race 1 at Most to see just how much a new track can change the complexion of the Championship and indeed bring new battles. Toprak Razgatlioglu (Pata Yamaha with BRIXX WorldSBK) beat Scott Redding (Aruba.it Racing – Ducati) in a last lap, last corner battle for the ages in Race 1 and ended up just three points off the top of the standings as the weekend concluded, whilst Jonathan Rea (Kawasaki Racing Team WorldSBK) endured a difficult weekend as he crashed twice in Race 1 and finished third in the other two, meaning his lead is slashed. There were also strong performances from three Italians as Razgatlioglu’s teammate Andrea Locatelli, who took a second podium of the season, Redding’s teammate Michael Ruben Rinaldi took two full-length race top five finishes and Axel Bassani (Motocorsa Racing) took a career-best fifth in Race 1.

Other notable debuts include 2020’s season finale, which saw WorldSBK return to Estoril and the Championship battle took a dramatic turn as Rea and Redding both crashed in the Superpole, whilst Rea wrapped up the title in Race 1 following a Redding retirement. Earlier in 2020, we had a titanic Race 2 at Barcelona-Catalunya, giving Chaz Davies a first win of the year and Garrett Gerloff a first career podium. 2018 saw WorldSBK’s debut in South America and Argentina play host to a stunning Jonathan Rea double, meanwhile in 2014, it was WorldSBK’s debut at Sepang, which saw Kawasaki teammates Tom Sykes and Loris Baz collide at the notorious Turn 2 and crashing out, a huge moment in the title race.

In 2013, WorldSBK debuted in Turkey, but it was the World Supersport race which got the grandstand finish at Istanbul Park, with home-legend Kenan Sofuoglu winning in a final lap thriller. A year earlier, WorldSBK debuted in Russia and 2012 saw plenty of drama, particularly in the wet as the quirky Moscow Raceway came into its own. Race 2 stole the headlines though, with Championship leader Max Biaggi crashing out whilst Tom Sykes won, edging him closer to the title.

ROLLING BACK THE YEARS: iconic venues make their mark…

Historic destinations have been a staple in WorldSBK, but it wasn’t just their name that made memories, it was the on-track action too. Kyalami in 1998 was significant for the country in terms of it was the first major sporting event since Nelson Mandela came to power, but also on-track too, giving Frankie Chili a career-first double and thus putting him right in the Championship fight. The Lausitzring in 2001 saw a wet Race 2 go down to the wire between Troy Bayliss and Neil Hodgson, with the Australian coming out on top.

However, later in the year, the final round at Imola gave some of the greatest racing of the season. Race 1 saw a dramatic close at Regis Laconi and Troy Bayliss traded places, ultimately seeing the Australian crash and take the Frenchman with him. In Race 2 however, Laconi held on in an intense final lap showdown, taking his first ever win and becoming a select few to win in the 500cc era of Grand Prix Racing and then in WorldSBK. A year later and Silverstone was welcomed onto the calendar, with Race 1 seeing Championship leader Bayliss crashing twice and Colin Edwards taking victory.

The Pertamina Mandalika International Street Circuit is the third new venue on the 2021 calendar and will host the title-deciding season finale. But two other circuits made their debut on the calendar in August, in the form of the Autodrom Most and then the Circuito de Navarra. Most, in the Czech Republic, featured one of the most thrilling encounters – in a season full of them – with a last-lap battle between Toprak Razgatlioglu (Pata Yamaha with Brixx WorldSBK) and Scott Redding (Aruba.it Racing – Ducati), while Jonathan Rea (Kawasaki Racing Team WorldSBK) crashed on two separate occasions. As WorldSBK moved to Navarra, more of the same featured: the top three in the Championship battling it out for victory across the weekend, with Race 2 at Navarra providing excellent drama throughout. The Tissot Superpole Race, just a few hours before Race 2, was also an enthralling battle between the top three in the Championship.

With the Riders’ Championship and Manufacturers’ Championship on the line at the brand new Pertamina Mandalika Circuit, the unpredictable nature of new circuits could provide yet more twists at the 2021 season finale.

Watch all of the #WorldSBKFinale unfold blow by blow with the WorldSBK VideoPass, and join the conversation on social media using #IDNWorldSBK.