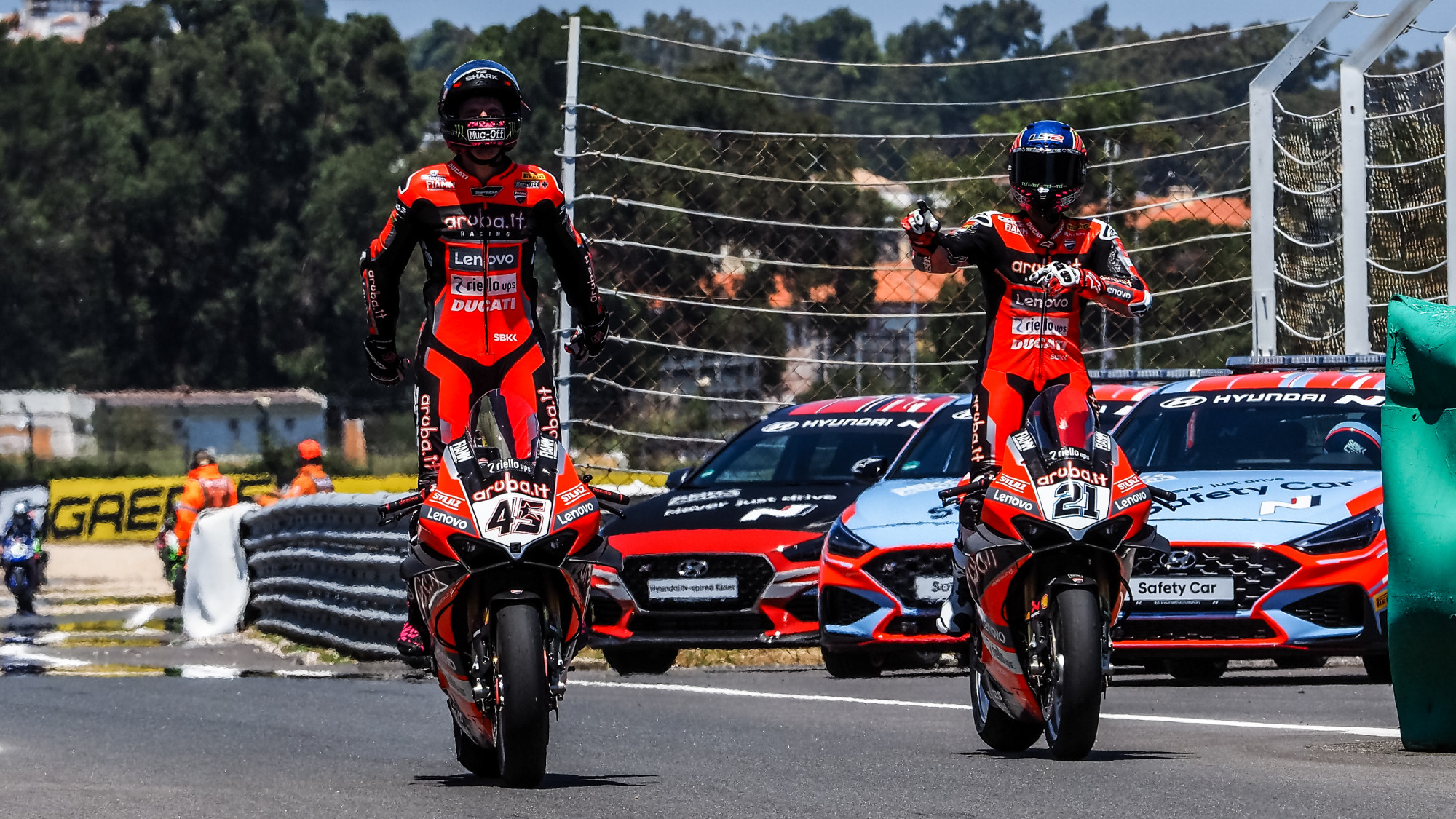 Racing at Estoril could not have started any better for the factory Ducati outfit, but it all went wrong for them on Sunday…

The Gaerne Estoril Round was a rollercoaster weekend for plenty of riders up and down the MOTUL FIM Superbike World Championship grid, but none more so than Aruba.it Racing – Ducati duo Scott Redding and Michael Ruben Rinaldi, with the two teammates demonstrating the very definition of a rollercoaster at the Circuito Estoril.

Redding claimed a stunning victory in Race 1 on Saturday as he used Pirelli’s SCX tyre to its full potential, getting the jump on the rest of the field including rival Jonathan Rea (Kawasaki Racing Team WorldSBK) into the right-hander of Turn 1. Redding did not look back after taking the lead and, while he was under pressure from Rea and Toprak Razgatlioglu (Pata Yamaha with BRIXX WorldSBK), he was able to resist it to take back-to-back wins for the first time in WorldSBK, following his Aragon Race 2 success.

Sunday, however, would prove to be a different story for Redding and teammate Rinaldi. Rinaldi had found his way into second place after an aggressive start, where he forced Rea out wide on the opening lap, before settling in behind Redding. However, Garrett Gerloff (GRT Yamaha WorldSBK Team) was directly behind him and on the approach to Turn 6, Gerloff went into the back of Rinaldi, taking both out of the race; Gerloff penalised for irresponsible riding with a pitlane start for his next race.

Things were looking good for Redding as he led the 21-lap race but soon found himself under pressure from the resurgent Rea. The six-time Champion was able to pass Redding but as the Ducati rider tried to fight back, he lost the front of his Ducati Panigale V4 R at Turn 4 which allowed Rea to take the lead and victory in Race 2. Redding remounted his machine to cross the line in 14th but a post-race six-second penalty for a jump start, the equivalent of two Long Lap Penalties, demoted him out of the points. A Saturday to remember for Ducati, and a Sunday to forget.