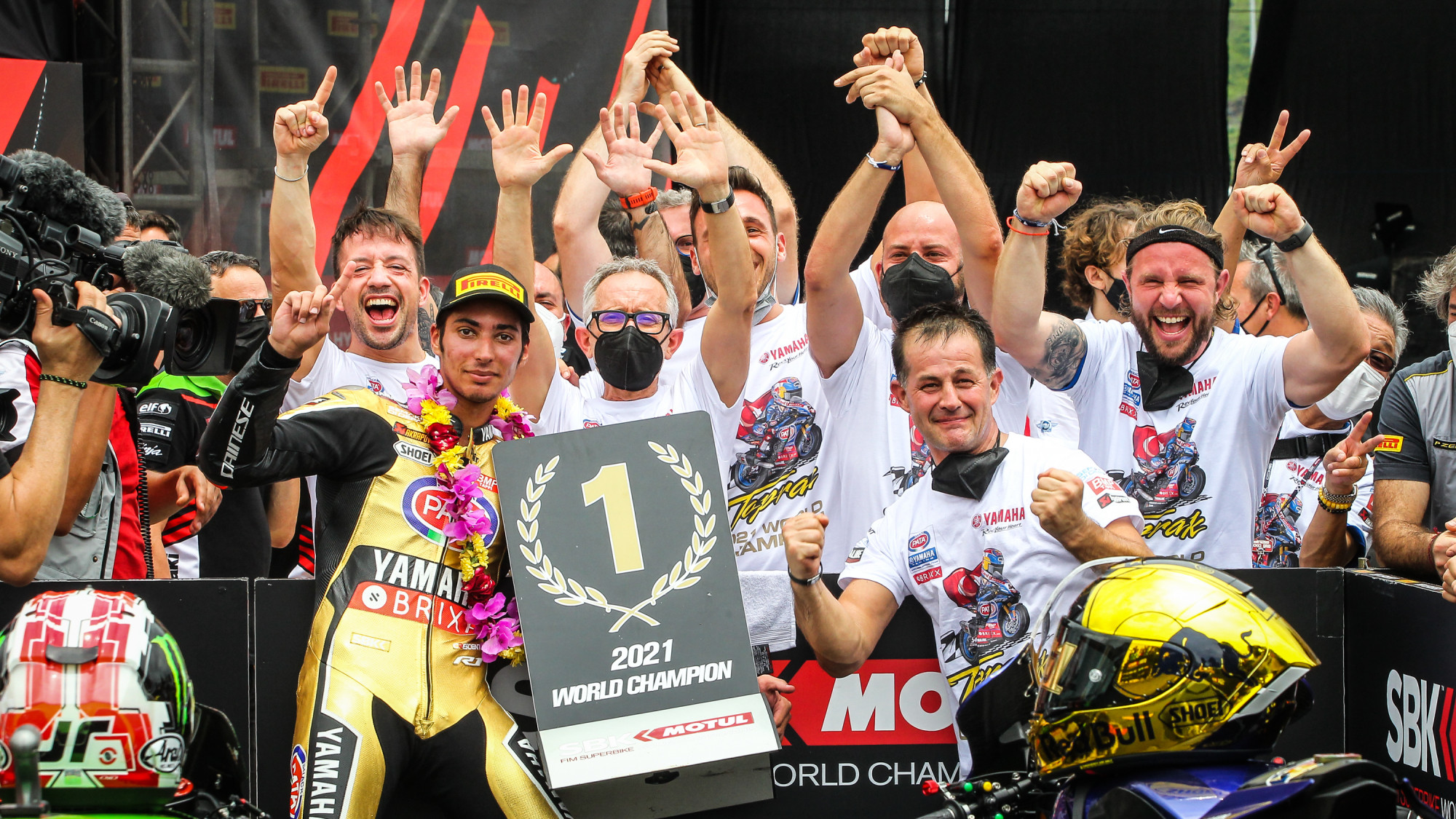 The WorldSBK paddock descended on Indonesia for an end-of-season title decider at a brand new circuit, with plenty of ups and downs

A new circuit and challenging conditions: the MOTUL FIM Superbike World Championship arrived at the Pertamina Mandalika International Street Circuit for the season finale with plenty up for grabs. The title was sealed in Race 1 for the Pirelli Indonesian Round as Toprak Razgatlioglu (Pata Yamaha with Brixx WorldSBK) secured his first WorldSBK title, while rain played havoc but provided a thrilling conclusion to the season.

Razgatlioglu was 30 points clear heading into the Indonesian Round and made the most of that to seal the title in Race 1 to become only the second rider to win with Yamaha in WorldSBK and end the run of Jonathan Rea (Kawasaki Racing Team WorldSBK) at six titles. He secured his title with a podium finish in Race 1 before claiming fourth in Race 2 to finish 13 points clear of Rea in the standings. As they say, though, one man’s loss is another man’s gain and Jonathan Rea (Kawasaki Racing Team WorldSBK) was on the other side of this saying as he lost the crown he had won for the previous six campaigns.

It was a strong weekend for the BMW Motorrad WorldSBK Team as they claimed a double top-five finish in Race 2 with Michael van der Mark in third and Tom Sykes, on his last race for BMW, in fifth. In a season where they raced with a new bike, the German manufacturer ended the season with five podiums, including one victory, as they look to start building for 2022.

Axel Bassani (Motocorsa Racing) had a strong weekend on his Ducati Panigale V4 R as he looked to fight for Best Independent Rider in the 2021 season, although he lost out here to Garrett Gerloff (GRT Yamaha WorldSBK Team) after a Race 2 crash. Another battle that was up for grabs was the fourth-place battle between Andrea Locatelli (Pata Yamaha with Brixx WorldSBK and Michael Ruben Rinaldi (Aruba.it Racing – Ducati), with Locatelli claiming fourth place in the standings after a Race 2 crash for Rinaldi.

There were not too many low moments across the weekend, but the 2021 campaign for both Leon Haslam (Team HRC) and Alex Lowes (Kawasaki Racing Team WorldSBK) ended without racing. Haslam’s Honda career in WorldSBK came to an end after he did not recover in time after surgery in the five-week gap between races, while Lowes had a practice crash and sustained an injury to his shoulder which declared him unfit.

Leandro Mercado (MIE Racing Honda Team) had taken advantage of wet weather to run in the top six in the opening stages of the race but he had a crash from sixth place which put him out of Race 2; a low moment for the Argentinean rider but he can take positives from his strong pace.

You can re-watch some of the incredible drama from Indonesia and the entire season using the WorldSBK VideoPass!