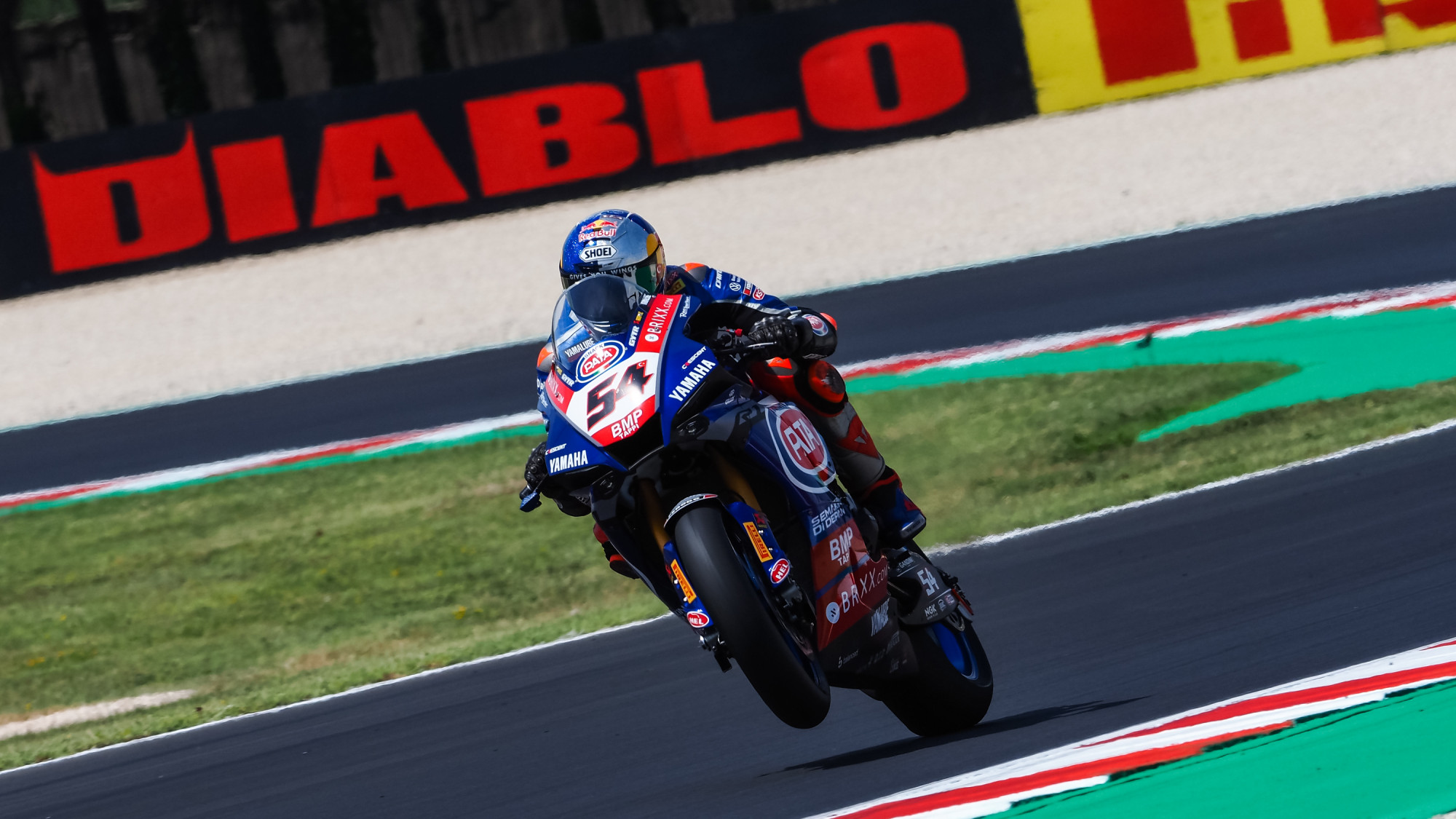 Less than a tenth of a second separated Toprak Razgatlioglu, Michael Ruben Rinaldi and Garrett Gerloff

A late lap from Toprak Razgatlioglu (Pata Yamaha with BRIXX WorldSBK) meant he jumped to the top of the timesheets in Free Practice 1 for the Pirelli Made in Italy Emilia-Romagna Round at the Misano World Circuit “Marco Simoncelli” as he fended off Michael Ruben Rinaldi (Aruba.it Racing – Ducati) and Garrett Gerloff (GRT Yamaha WorldSBK Team) by less than a tenth of a second.

Italian Rinaldi had been the long-time leader of the 45-minute session but Razgatlioglu’s late time of 1’34.848s was enough to top the timesheets yet again on a Friday, with Rinaldi 0.054s further back in second place. Gerloff was another who put in a strong lap at the end of the session to claim third place, 0.075s back from Razgatlioglu.

Leon Haslam (Team HRC) was Honda’s lead rider in seventh place, finishing ahead of Jonathan Rea (Kawasaki Racing Team WorldSBK); Rea the lead Kawasaki rider in the opening session but lost time at the start of the session when he remained in his pit box with the British rider putting in a flurry of laps in the second half of the session. Alvaro Bautista (Team HRC) and Michael van der Mark (BMW Motorrad WorldSBK Team) completed the top ten.

It was a difficult session for Scott Redding (Aruba.it Raicng – Ducati) with the British rider suffering a technical fault with his Ducati Panigale V4 R as smoke came out of his machine; Redding shown a black-and-orange technical fault flag and returning to the pits. Redding completed fewer laps than anyone else on the grid with ten to his name.