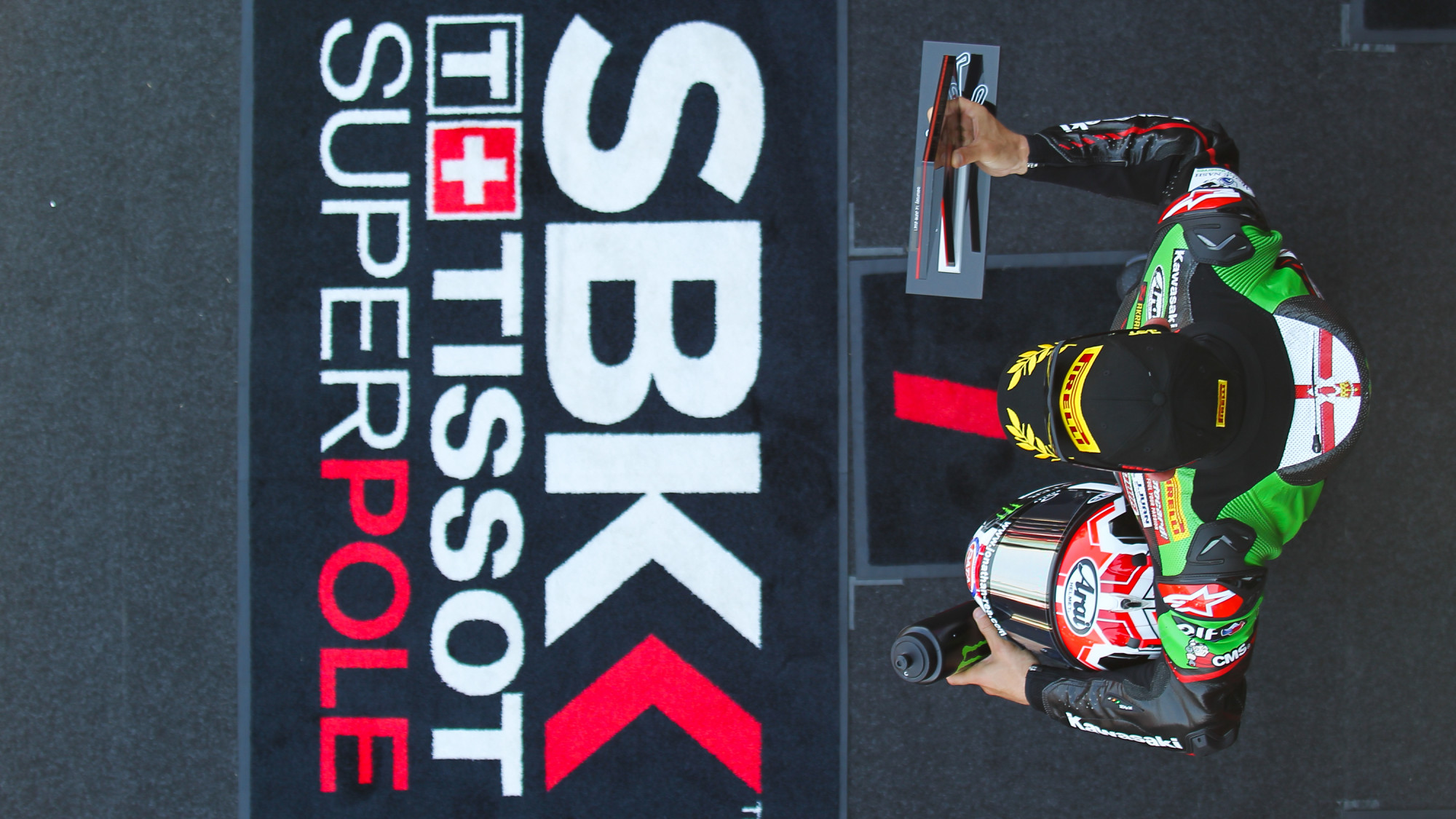 It was a morning of obliterating the all-time lap record at the Misano World Circuit “Marco Simoncelli” as Jonathan Rea (Kawasaki Racing Team WorldSBK) claimed the 30th pole position of his MOTUL FIM Superbike World Championship career and now has a hat-trick of pole positions at the start of the 2021 season.

Michael Ruben Rinaldi (Aruba.it Racing.- Ducati) had been the pacesetter of the entire field on Friday and on Saturday morning, but the Italian was only able to manage fourth place in Saturday’s Tissot Superpole session, two tenths clear of Tom Sykes (BMW Motorrad WorldSBK Team) with Alex Lowes (Kawasaki Racing Team WorldSBK) rounding out the top six.

Lucas Mahias (Kawasaki Puccetti Racing) was a surprise of the 15-minute session with seventh place, bouncing back from a Friday crash, after shadowing Kawasaki stablemate Rea in the latter stages of the season. Mahias had been running as high as second at one point. Italian Axel Bassani (Motocorsa Racing) claimed his best ever starting position in his short WorldSBK career with eight. Alvaro Bautista (Team HRC) will start from ninth with Chaz Davies (Team GoEleven) rounding out the top ten.

Garrett Gerloff (GRT Yamaha WorldSBK Team) did not set a lap time in Superpole after he lost the front of his Yamaha YZF R1 machine at Turn 1 and 2, with the American due to start Race 1 from the pitlane after a sanction was handed out for a collision with Rinaldi last time out at Estoril. Following a crash in Free Practice 3 at Turn 10, Eugene Laverty (RC Squadra Corse) was not able to take place in the Tissot Superpole session while he underwent medical checks.