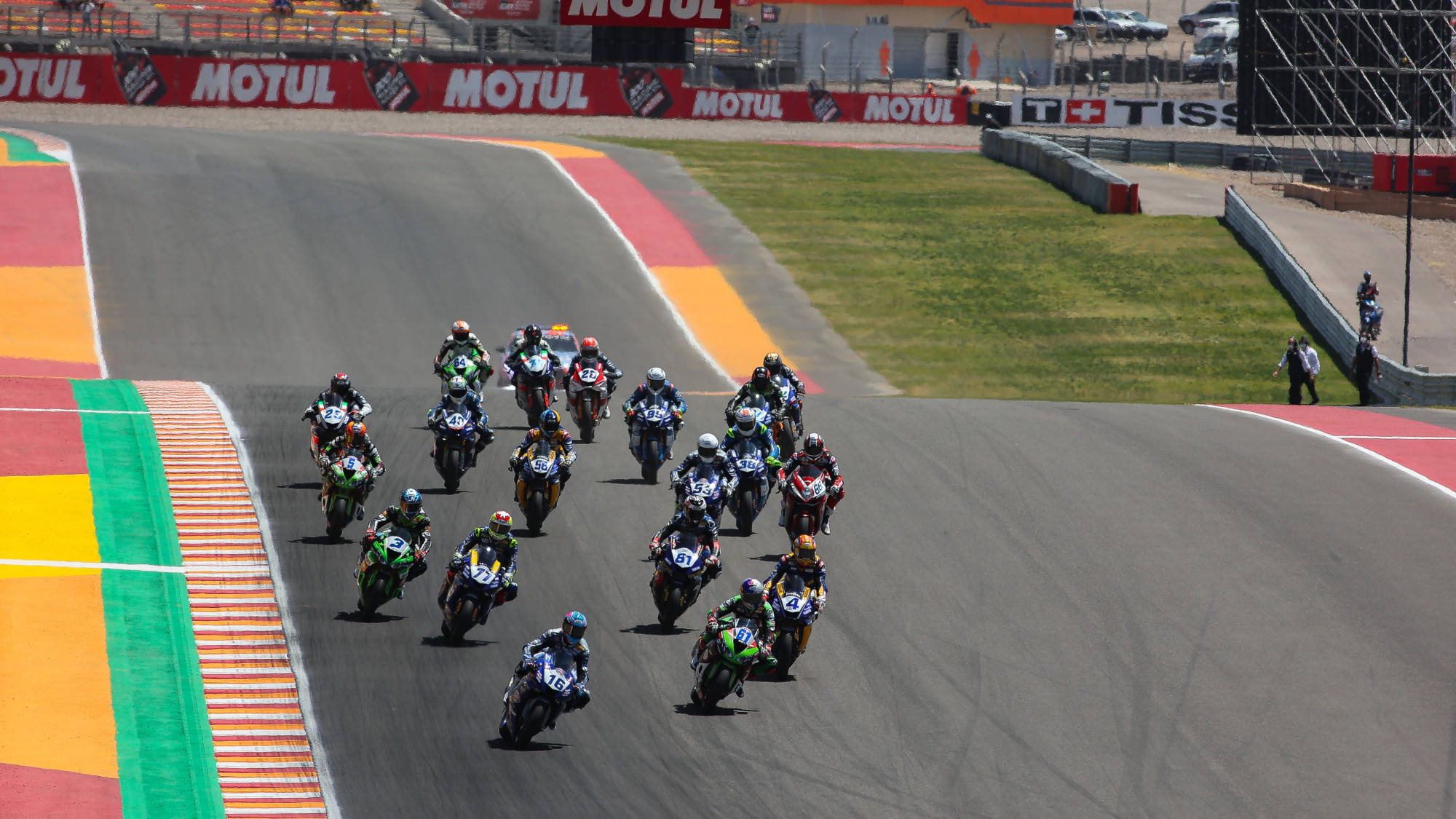 Just one round remains in what has been an incredible WorldSSP campaign, with plenty to fight for up and down the grid

After 12 thrilling rounds in the FIM Supersport World Championship, the last dance of 2021 takes place at the Pertamina Mandalika Internacional Street Circuit as WorldSSP action returns to Indonesia for the Pirelli Indonesian Round. The battle for the Championship has been sown up but there is still plenty to fight for up and down the grid including the battle for the Championship ‘podium’ places behind Dominique Aegerter (Ten Kate Racing Yamaha).

LOOKING TO LOCK OUT THE TOP THREE IN THE CHAMPIONSHIP

While Aegerter was able to wrap up his first World Championship with a round to spare last time out in Race 2 at San Juan, meaning Indonesia is his first round as a World Champion, the battle for second and third is still on across the season-ending Indonesian Round. Steven Odendaal (Evan Bros. WorldSSP Yamaha Team) is currently occupying second place in the Championship with 313 points and will be hoping he can withstand the challenge from Manuel Gonzalez (Yamaha ParkinGo Team) to maintain that position, with Gonzalez 38 points back with 50 available.

Both Jules Cluzel (GMT94 Yamaha) and Philipp Oettl (Kawasaki Puccetti Racing) have a chance of securing a top three Championship position too, with both on 241 points; 34 points behind Gonzalez. Cluzel has been in a rich vein of form since WorldSSP visited Portimao, claiming three victories, including a double win at San Juan, and one second place in the last four races. Oettl, who will graduate to WorldSBK in 2022 with Team GoEleven, will hope he can return to the rostrum after not visiting the podium since Jerez. His best result in the last four races has been eighth in Race 2 at Portimao.

A FIRST WIN ON THE CARDS FOR ÖNCÜ?

One rider heading into the season-ending Indonesian Round has been Turkish star Can Öncü (Kawasaki Puccetti Racing) with two podiums in Argentina on his first visit to the venue. While he dropped back from Cluzel at around the halfway stage of the opening race at San Juan, in Race 2 Öncü was able to stay with the Frenchman right until the closing stages as he challenged for his first victory in WorldSSP. At a venue where everyone starts from zero, could Öncü claim his first WorldSSP victory at Mandalika?

AN INTENSE BATTLE FOR EIGHTH PLACE

Just five points separate three riders in a battle for eighth place with all three riders able to fight for the podium throughout 2021. Federico Caricasulo will be with his third team of the 2021 campaign as he links up with VFT Racing for the final round of the season and currently heads this battle in eighth place, with the Italian on 142 points.

Just two points behind is 2019 Champion Randy Krummenacher (CM Racing), who has been confirmed for the 2022 season with the same outfit. Krummenacher has been able to fight for strong results following a mid-season switch to CM Racing and will be hoping this allows him to overhaul Caricasulo for eighth place. Raffaele De Rosa (Orelac Racing VerdNatura) is the last of the trio but only three points behind Krummenacher and a further two behind Caricasulo. After a string of top-ten results, including two podiums from Race 2 at Navarra to Race 1 at Portimao, De Rosa’s run ended with 14th in Race 2 at Portimao and two retirements in Argentina. He will be hoping to get back into a strong position in order to claim eighth place in the Championship.

Like in Argentina, Jeffrey Buis will compete for G.A.P. MOTOZOO Racing by Puccetti in his second WorldSSP round, and he will also remain with the team for the 2022 season. At Yamaha MS Racing, Daniel Valle returns for his fourth appearance of the season in the Championship, while Andres Gonzalez is back with VFT Racing after making his WorldSSP debut in Argentina with the same squad. Christoffer Bergman (Wojick Racing Team) will need to pass mandatory medical checks in order to compete after he was declared unfit in Portugal and missed racing in Argentina.

Watch the action from Indonesia for FREE when you subscribe the 2022 WorldSBK VideoPass!