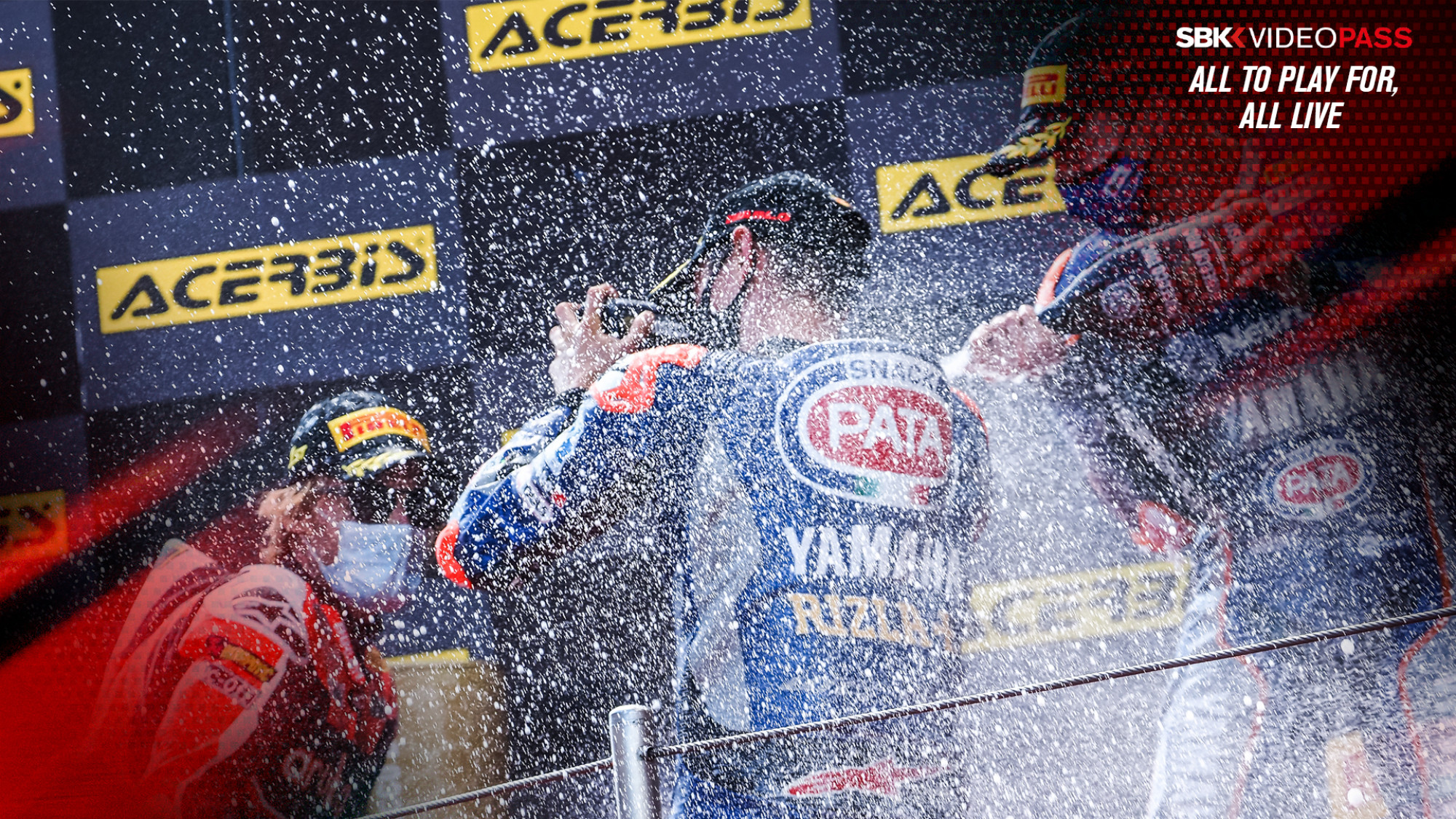 The 2020 MOTUL FIM Superbike World Championship season made history for all sorts of reasons, including Jonathan Rea’s (Kawasaki Racing Team WorldSBK) sixth consecutive World Championship. As the 2021 season starts, we take a look at some of the milestones that could feature in WorldSBK in the new season – including a century of wins for Rea, rookie achievements and much more.

Rea has been on 99 race wins since the 2020 French Round and, having missed out in the three races in the Estoril Round to end last season, will be looking to reach that milestone sooner rather than later. He needs just one more victory to take his total to three figures, while he can also secure his 200th podium throughout 2021 with Rea needing 15 podiums to bring up the historic marker. Should Rea lead for 16 laps on WorldSBK’s next visit to the Autodromo Internacional do Algarve, he will become the first rider to lead for a total of 1000km at a single circuit while he will also be aiming for his seventh World Championship. For teammate Alex Lowes, his milestones that he could reach in 2021 include his 200th race start (he is currently 10 races away) and his 25th career podium. Loris Cresson (TPR Team Pedercini Racing) is gearing up for his first full WorldSBK campaign and, if he secures a single top-15 finish in any race, will become the first Belgian rider to score WorldSBK points since the late Michael Paquay in 1996. For Lucas Mahias (Kawasaki Puccetti Racing), he will be aiming to become the first French rider to win since Sylvain Guintoli at Qatar Race 2 in 2014.

Down the pitlane, Michael Ruben Rinaldi (Aruba.It Racing – Ducati) will take his 100th race start in 2021 while he will also have the target of becoming the first Italian WorldSBK Champion since 2012 when Maxi Biaggi took Championship glory. Teammate Scott Redding will take his 50th race start in 2021, while Redding’s former teammate, Chaz Davies (Team GoEleven), has a whole heap of milestones he could reach. Should he take victory in 2021, he will tie with Tom Sykes (BMW Motorrad WorldSBK Team) for 34 victories in WorldSBK and put him level on fifth in the all-time standings. Pole position for Davies would be his first since Imola in 2019 while he is just two podiums away from claiming a century in WorldSBK. Tito Rabat (Barni Racing Team) will make his WorldSBK debut in 2021 and could become the first Moto2™ World Champion to take a win in WorldSBK, and the fourth including the 250cc World Championship to achieve such a feat. All five Ducati riders, including Axel Bassani (Motocorsa Racing), will have one aim at the end of the season: to become Ducati’s first World Champion in WorldSBK since 2011 when Carlos Checa claimed the title.

There are plenty of milestones possible for Yamaha riders throughout 2021, with Toprak Razgatlioglu (Pata Yamaha with BRIXX WorldSBK) 17 races away from his 100th race start in WorldSBK, and one podium away from 25 podiums. New teammate Andrea Locatelli could become the first reigning WorldSSP Champion to win in WorldSBK since Davies at the Nurburgring in 2012, and the first to take a podium in WorldSBK since 2015, when Michael van der Mark (BMW Motorrad WorldSBK Team) claimed a podium. At GRT Yamaha WorldSBK Team, Garrett Gerloff will hope to become the first American rider since the late Nicky Hayden won Race 2 in Malaysia in 2016, while he could become the first American polesitter since 2011 and John Hopkins. His teammate, rookie Kohta Nozane, will be aiming to become the first Japanese rider to win since Noriyuki Haga did in 2010 and the first to claim a podium since Haga in 2011.

At BMW, all four riders on BMW machinery will be aiming to become BMW’s first race winner since Davies in 2013 and the first BMW Champion in WorldSBK. New BMW rider van der Mark will be looking to claim his 50th WorldSBK podium. Teammate Sykes could claim his 35th win in WorldSBK and his first since 2018, when he won Race 2 at Assen, while he sits on top of the all-time polesitters list with 50 poles. Should Sykes secure five podiums in 2021, he will move into third in the all-time list with 117 podiums. Eugene Laverty (RC Squadra Corse) can move into tenth place in the all-time starts when he takes his 220th race start, while he’ll move onto 200 starts with his third start in 2021. Rookie Jonas Folger (Bonovo MGM Action) will be hoping to become the first German rider to take a podium since Max Neukirchner in 2009 and first win since 2008, also Neukirchner, while a podium for Folger would be the first German rider-team-manufacturer combination on the podium.

Both Team HRC riders, Alvaro Bautista and Leon Haslam, as well as Leandro Mercado (MIE Racing Honda Team) will hope to claim the first victory for Honda since Hayden’s victory at Sepang in 2016, as well as Honda’s first pole position since van der Mark in Buriram in 2016. Should either of Bautista or Haslam take victory, they will be the fifth oldest race winner of all time. Victory for Mercado will mean Argentina has a race winner in WorldSBK for the first time while he can also reach 150 race starts in his WorldSBK career in 2021. If Mercado scores a top five finish, he will hold the record for the longest streak before a maiden top finish while not securing one in his first ten races of the season will mean he matches Mauro Sanchini for the most WorldSBK races without a top five finish at 150 races.