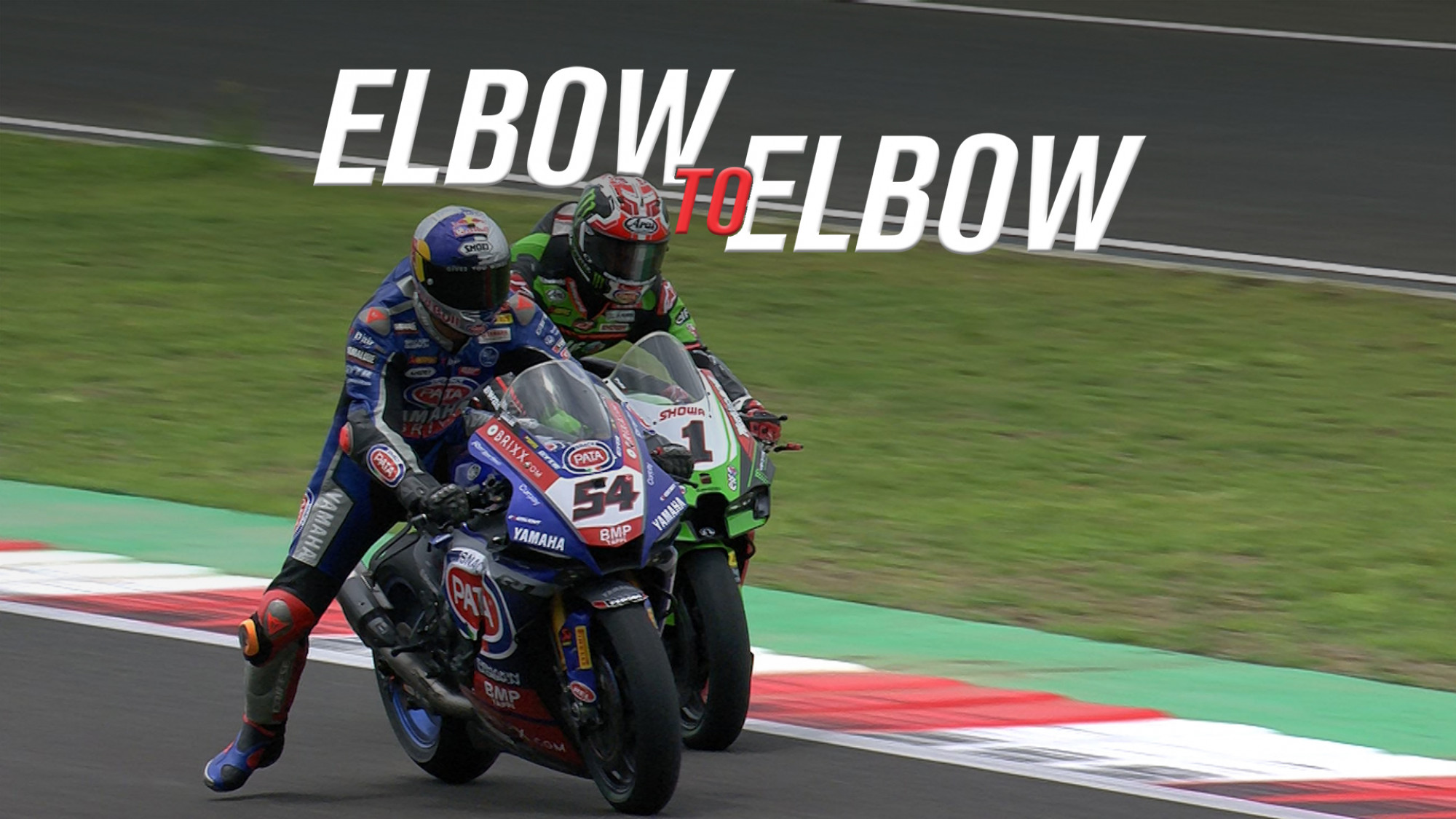 The MOTUL FIM Superbike World Championship campaign in 2021 was an unforgettable season with incredible battles up and down the grid, right from the start of the season at MotorLand Aragon to the finale in Indonesia. Here, ten of the best battles have been detailed from the incredible season with fights over wins, podiums and milestones throughout the entire campaign.

After a Red Flag in the first Tissot Superpole Race, the encounter was shortened to five laps and they were five laps of non-stop drama throughout. The opening lap duel between Toprak Razgatlioglu (Pata Yamaha with Brixx WorldSBK) and Jonathan Rea (Kawasaki Racing Team WorldSBK) was one of the most epic parts of it as the pair went side-by-side throughout the first half of the lap, including banging elbows off the start line.

The return of the Czech Round at the new-for-WorldSBK Autodrom Most provided drama on the final lap as Razgatlioglu and Redding duelled it out for victory after Rea crashed out. On Lap 22, the final lap, Redding was leading before the Turkish rider made a move at the penultimate corner to move into the lead of the race before Redding tried to use the power and acceleration of the Ducati on the run to the line. The pair were separated by just 0.040s after 22 laps and an incredible final lap.

The first race of the 2021 season gave an idea of how the season would play out with a thrilling last-lap battle for second place. Rea comfortably won the race but behind, four riders – Alex Lowes (Kawasaki Racing Team WorldSBK), Chaz Davies (Team GoEleven), Redding and Razgatlioglu – were battling it out. Lowes won out after a better exit from the final corner, pipping Razgatlioglu by 0.043s while second to fifth were separated by 0.650s.

Catalunya makes a second appearance on the list thanks to the Race 1 battle between Razgatlioglu and Axel Bassani (Motocorsa Racing), with Bassani in search of his maiden WorldSBK win. Technical problems would halt Razgatlioglu’s progress and Bassani fell to second in the closing stages when Scott Redding passed him, but the battle between the 2021 Champion and Bassani was a sight to behold in the rain in Barcelona.

Race 1 for the season-ending Indonesian Round at the brand new Pertamina Mandalika International Street Circuit was the race where Razgatlioglu was crowned Champion, with the Turk needing a podium finish. Over the course of the race, Razgatlioglu and Rea battled it out for victory until Razgatlioglu ran wide at the penultimate corner which dropped him to fourth. Razgatlioglu battled back to finish in a position to claim the title while Rea went on to win in the damp conditions.

The opening laps at Portimao were a three-way affair with no inch given between Razgatlioglu, Rea and Redding. The trio, who finished in the top three of the Championship, were looking to claim victory at a pivotal point of the season and the race would end up having a huge impact on the Championship; Rea moved into the lead of the race before crashing at the high-speed Turn 15 with Razgatlioglu going on to take the win.

Made in Italy Emilia Romagna Round, Race 1

Misano belonged to home hero Michael Ruben Rinaldi (Aruba.it Racing – Ducati) as the Italian won two out of three races on home soil, but he had to withstand early pressure from Rea and Razgatlioglu on his way to Race 1 victory. The trio battled hard as they looked to take an early lead in the race with Rinaldi eventually coming out on top before heading home for his first victory of the season.

The Autodrom Most gets a repeat appearance after an incredible battle in the Superpole Race between Rea and Redding as the six-time Champion went in search of his 200th WorldSBK podium. The pair battled it out throughout the closing stages of the race before Redding secured second place, just a second clear of Rea who celebrated his 200th podium.

The opening stages of Race 2 as WorldSBK returned to Argentina created another epic three-way battle between the Championship top three as Rea, Redding and Razgatlioglu battled it out, with rookie Bassani looking to take advantage of any spills. In the end, Redding was able to break free ahead of Rea and Razgatlioglu to take his final victory onboard Ducati machinery.

Watch these battles and more incredible encounters from the 2021 season using the WorldSBK VideoPass!