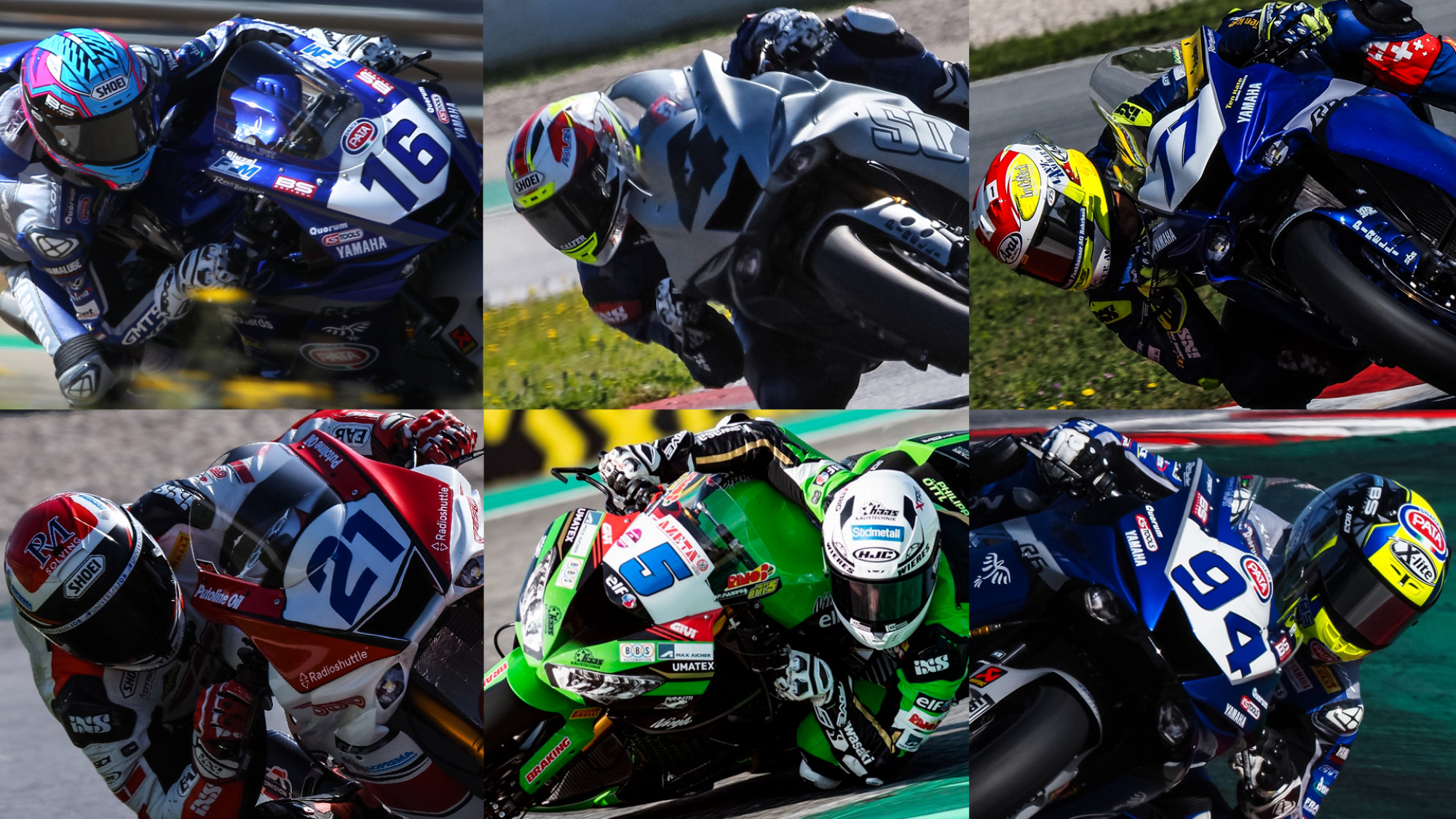 Six riders have been catching the eye in the offseason, through a combination of rapid pace and their move to a new team

Philipp Oettl (Kawasaki Puccetti Racing) is the highest-placed rider from 2020 to remain in WorldSSP and the German ended last season with a career-best second place in Race 1 at the Circuito Estoril while taking a total of four podiums in his rookie season while he only finished outside the top ten on two occasions, in tricky conditions at Magny-Cours during a wet weekend. After a strong rookie season, Oettl will be looking to build on that as he heads into his sophomore season.

French rider Jules Cluzel (GMT94 Yamaha) made a return from injury at the season-ending Estoril Round after fracturing his tibia and fibula in a collision with Raffaele De Rosa (Orelac Racing VerdNatura) at the Teruel Round. After a long season, Cluzel will be hoping he will be able to secure his maiden WorldSSP title after finishing in the top four in every single WorldSSP season so far. Can he go one better than his previous best of second in 2021?

The rider given the challenge of replacing Andrea Locatelli at the Evan Bros. WorldSSP Team is South African star Steven Odendaal, although his pre-season preparations have been far from ideal with Odendaal dislocating his shoulder at the Supported Test at the Circuit de Barcelona-Catalunya. Like Oettl, Odendaal’s rookie campaign was a superb demonstration of consistency, only finishing outside the top ten on one occasion although he did not manage to stand on the podium. A strong rookie campaign under his belt, Odendaal will also be looking to build on that as he heads into his second season.

2019 Champion Randy Krummenacher (EAB Racing Team) is making a return to WorldSSP for the 2021 season after missing out on all but one race last season. After winning the title with Evan Bros. WorldSSP Team, the Swiss rider returns to Yamaha machinery with the EAB Racing Team as he looks to take his second title onboard the Yamaha YZF R6. After more than a year away from racing, will Krummenacher be able to take his second crown?

Another name returning for 2021 is Federico Caricasulo (GMT94 Yamaha) as he links up with Cluzel at the French squad. After a year of competing in WorldSBK, Caricasulo will be looking to regain his top form and mount a title challenge on his WorldSSP return. The Italian was teammates with Krummenacher in 2019 and finished just six points behind the Swiss rider in his last campaign in WorldSSP and will be hoping he can go one better in 2021.

Rookie Dominique Aegerter (Ten Kate Racing Yamaha) has been drawing attention throughout pre-season testing as he got up to speed rapidly on his Yamaha machine. The Moto2™ stalwart has been competitive throughout all the tests he has taken part in so far and will hope he can recreate Locatelli’s rookie season from last season to claim a maiden WorldSSP title in his first campaign.