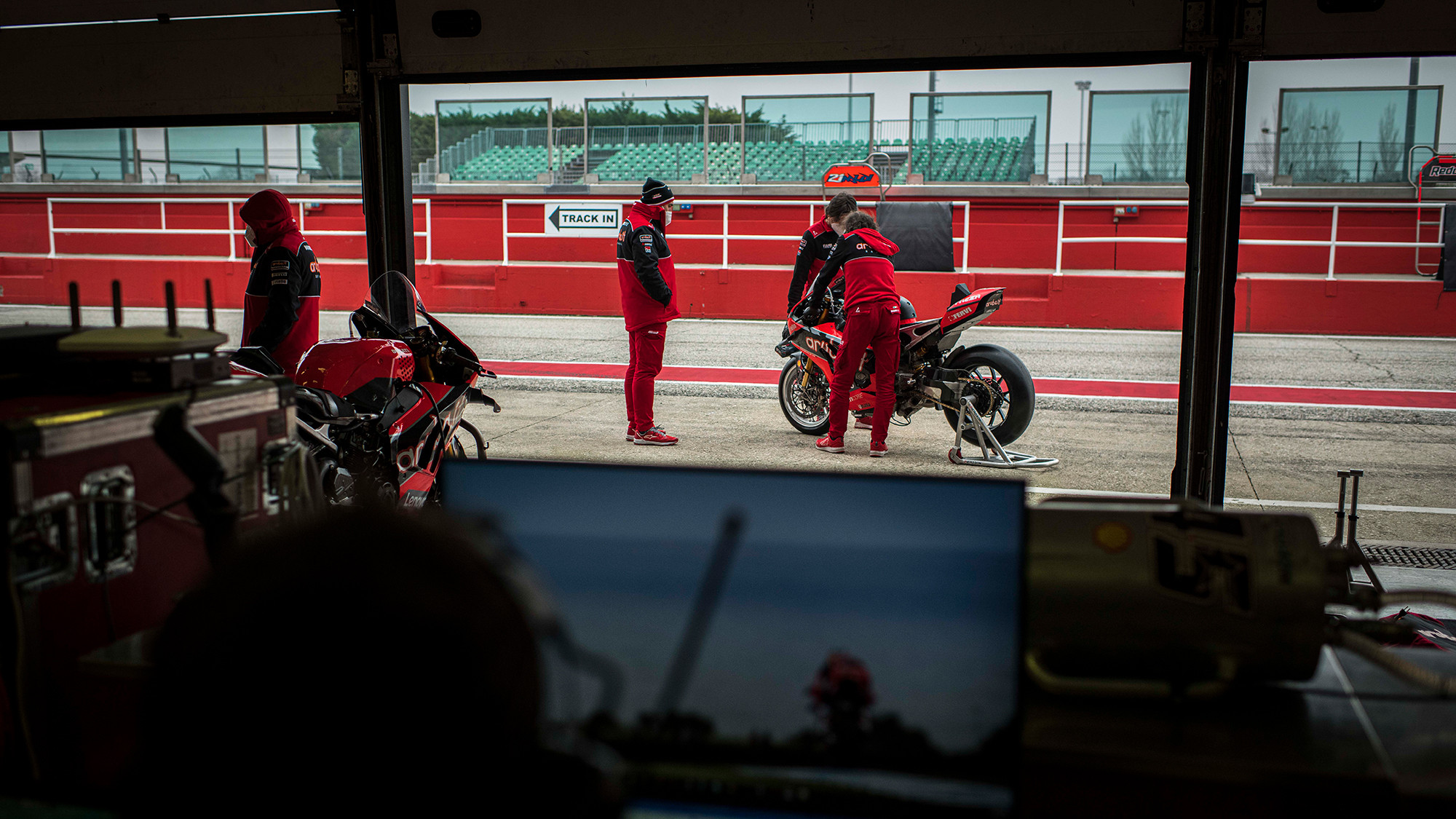 As the start of the 2021 MOTUL FIM Superbike World Championship edges closer, testing is ramping up with the Misano World Circuit “Marco Simoncelli” set to host two days of action featuring teams from WorldSBK and the FIM Supersport World Championship. Track action begins on Monday and runs into Tuesday, with bikes taking to the track from 9am to 6pm Local Time (GMT+1) on both days.

The Aruba.It Racing – Ducati outfit will be out on track in Italy with riders Scott Redding and Michael Ruben Rinaldi. With Rinaldi joining the Bologna-based team for the 2021 season and Redding looking to go one step further than he did in 2020, both riders will be out on their Panigale V4 R as they look to get ready for the upcoming season.

Rinaldi and Redding will be joined by three other Ducati riders as Tito Rabat (Barni Racing Team), Chaz Davies (Team GoEleven) and Axel Bassani (Motocorsa Racing) taking to the track near the Adriatic coastline. Moto2™ World Champion Rabat will link up with the Barni Racing Team as he prepares for his rookie WorldSBK campaign following his switch from MotoGP™. Davies will be preparing for his first campaign with the satellite Ducati outfit as he moves from the factory Ducati team while Bassani, the youngest rider on the grid, will be preparing for his rookie campaign with the Motocorsa Racing outfit.

Ducati will not be the only manufacturer on track with the factory Yamaha outfit joining them on the 4.226km circuit with Turkish sensation Toprak Razgatlioglu (PATA Yamaha WorldSBK Team) being joined by reigning WorldSSP Champion and teammate Andrea Locatelli as the Italian prepares for his maiden WorldSBK campaign onboard the Yamaha YZF-R1.

The GRT Yamaha WorldSBK Team will join the factory outfit at Misano with American Garrett Gerloff, who impressed throughout his rookie campaign in 2020, being joined by WorldSBK rookie and Japanese superbike champion Kohta Nozane. Nozane has had some track action in 2021 as he joined Yamaha for the official MotoGP™ test at Qatar but will link up with the GRT Yamaha outfit for the first time this year. Also on track representing Yamaha will be Christophe Ponsson (Gil Motor Sport – Yamaha) as the Frenchman prepares for a full-time campaign on Yamaha machinery following wildcard appearances in 2020 on an Aprilia.

Kawasaki are the other manufacturer on track at Misano as the Kawasaki Puccetti Racing team takes to the track with new rider Lucas Mahias, riding his Kawasaki ZX-10RR. The 2017 WorldSSP Champion will be heading into his first full campaign in WorldSBK following another strong season in WorldSSP. With the team also fielding riders in WorldSSP in 2021, Mahias will be on track with teammates Phillip Oettl and Can Öncü as the duo prepare for their respective campaigns in WorldSSP.

Two more riders from WorldSSP will be on track at Misano as 2019 Champion Randy Krummenacher tests for new team EAB Racing on the Yamaha YZF-R6 as he prepares to return to the Championship. South African rider Steven Odendaal will join him following his switch to the Evan Bros. WorldSSP Team as he looks to win the title with the team that has claimed it for the past two seasons with Krummenacher and Locatelli.

Follow action from WorldSBK and WorldSSP in 2021 using the WorldSBK VideoPass!