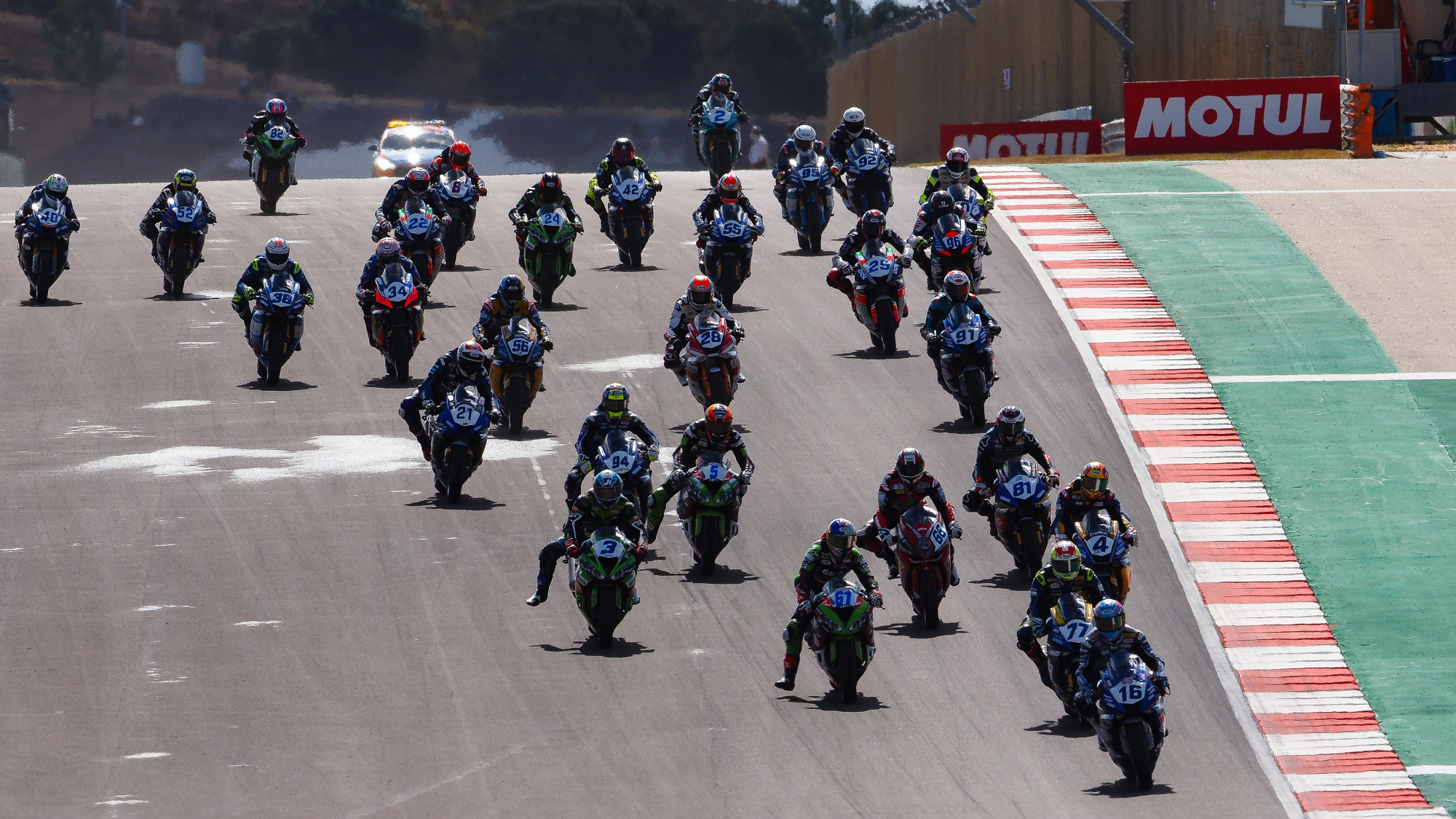 Rev limits, engine allocations, homologated motorcycles and more: get the inside line and find out all about the new regulations for the 2022 campaign

All of the hype and anticipation ahead of the 2022 FIM Supersport World Championship continues as the regulations for the ‘Next Generation’ machines have been revealed. 2022 will see the likes of Ducati and Triumph return to the class, as well as the likes of Kawasaki and MV Agusta field new motorcycles in the class.

NEW MOTORCYCLES: what additions will be on track next year?

The big headline is Ducati will return to the class with the Ducati Panigale V2 955 and so far, will have six teams and seven riders in their camp. Nicolo Bulega was the first to join as the Aruba.it Racing – Ducati squad move into WorldSSP, whilst the Barni Racing Team also join the class with rookie Australian and much-anticipated debutant Oli Bayliss. There’s a host more, including the return of Althea Racing as Genesio Bevilacqua’s team is back with Federico Caricasulo, whilst Davide Guigliano returns as a team manager for the D34G Racing Team with Filippo Fuligni and Federico Fuligni; CM Racing switch to Ducati with Maximillian Kofler, as do the Orelac Racing VerdNatura team with Raffaele De Rosa.

Then, there’s the return of Triumph with the famous PTR squad, run by Simon Buckmaster. Estonian Hannes Soomer will race the Triumph Street Triple 765 and will have ex-Moto2™ star Stefano Manzi alongside him. Manzi raced at Jerez in 2021 in WorldSSP and achieved a ninth place, so could achieve great things with a full season and a complete testing programme. Buckmaster’s team have already had experience with the bikes too, as they ran Kyle Smith and American Brandon Paasch in the British Supersport series.

REV LIMITS: to be confirmed

All rev limits for each motorcycle are to be confirmed after the balance tests have been complete and following close monitoring of on-track performance.

FINDING BALANCE: how will the machines be kept equal in 2022?

So that not one bike has a clear advantage over the opposition, a range of factors will be considered as part of the Dorna WorldSBK Organization (DWO) algorithm. This will take into account aspects such as lap time in comparison to other competitors, speed traps, race results and more. This can be changed every three rounds if needed, to equalise performance further and the balance will be weighted to the data collected during the previous six events. The method of balancing will be raise or reduce the power potential of the machine’s %, with the FIM and the DWO reserving the right to update the balance at their discretion in the case of imbalance.

The initial balance is being calculated after intensive dyno tests with many DWO partners involved. To keep things equal, the tests are all taking place using the Panta control fuel and Motul 300v lubricant. Tests are taking place at RE engineering all overseen by the FIM and Mectronik. Balancing factors may be updated at the end of each season.

The 2022 season in WorldSSP sees new engine regulations come into force. For WorldSSP Next Generation machines, no modifications may be made unless they are stated in the text or in the Eligible Parts for Competition List. With regards to allocation, that will now be calculated by the number of events and rounded to the nearest whole number: 400cc – 600cc machines will have one engine for every 2.5 rounds, 601cc – 799cc with have one engine every three rounds, whilst 800cc and over may have one engine for every 3.5 rounds. Engines may be chosen and impounded for Dyno testing (during events, between events or after the season) at an approved balancing facility and for comparison to the reference engine. Apart from FIM and DWO staff, only one team representative may attend the test.

There’ll be an extra element on tyre usage this year as World Supersport teams will have less to use; in 2021, teams had 17 tyres to use across the weekend. In 2022, they will have 15: seven fronts and eight rears, one less at each end compared to 2021. Pirelli will supply a minimum of two compounds for both the front and rear tyres, with a minimum allocation of six of each compound.

Watch all of the excitement with the 2022 WorldSBK VideoPass!