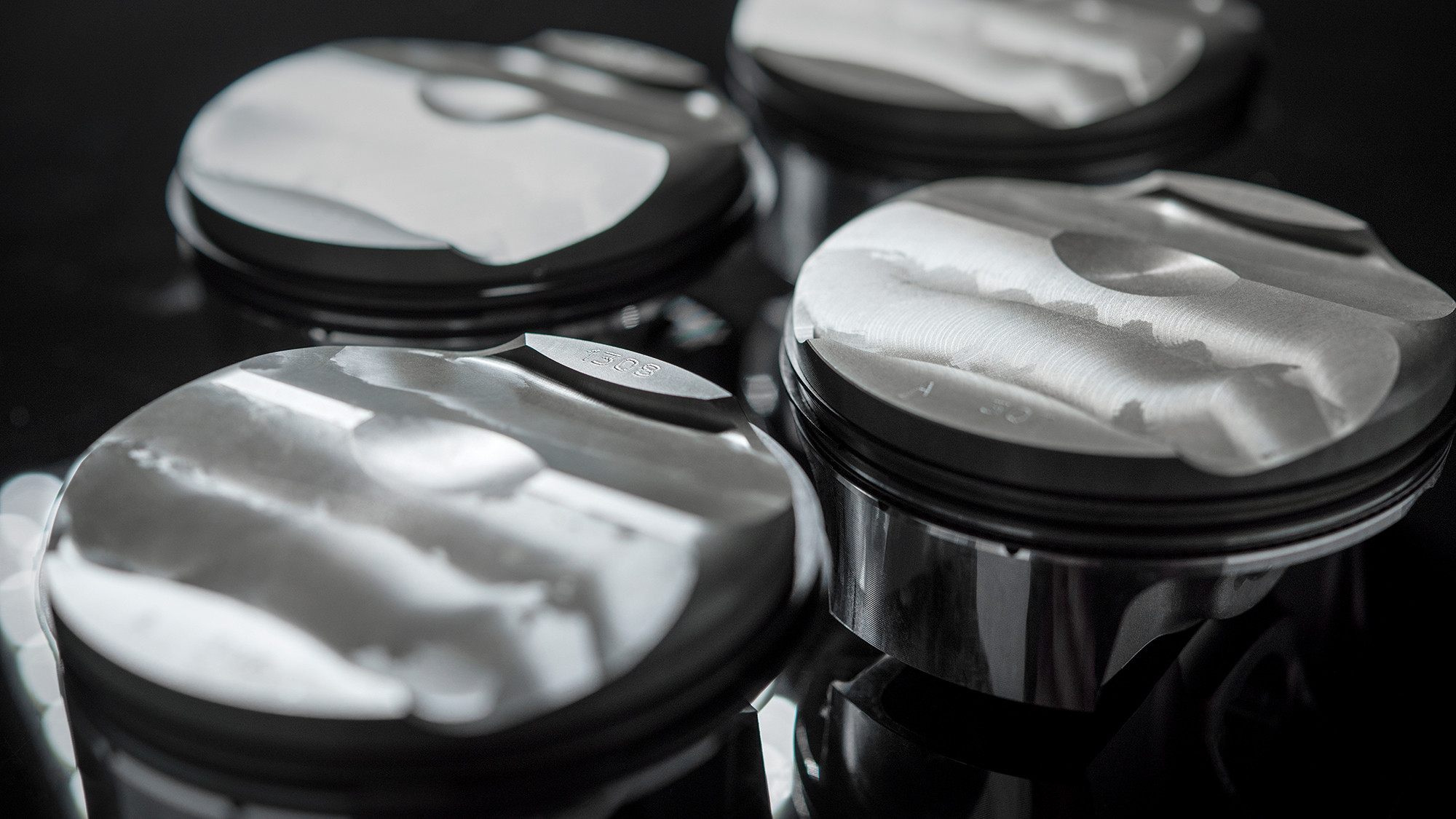 WorldSBK commentator Steve English delves deep into the world of engine configurations, gets expert rider comparison and states the characteristics of both V4s and inline fours…

The WorldSBK engine regulations are quite clear: a four cylinder machine is limited to 1000cc; the regulations leave it open for manufacturers to opt for their favoured configuration and while the majority run an inline four cylinder powerplant, Ducati is an outlier with a V4 configuration. When the Ducati Panigale V4R came in for 2019, the Italian manufacturer gained a march on the field with a high-revving, powerful engine that played to the strengths of then-lead rider Alvaro Bautista. The bike was game-changing and certainly the one that seemed to have the WorldSBK title at its mercy.

After initial dominance the advantage has dulled and now the field is getting closer and closer. The introduction of the new Honda Fireblade CBR1000RR-R SP saw the power of the Ducati matched by an inline four-cylinder motor. The world had changed when Ducati brought its new machine but as ever in racing, the competition catches up.

Comparing engine configurations has been a racing constant in recent years. In WorldSBK, the V4 configuration is known for it’s smoother power delivery, in stark contrast to MotoGP™, and being able to carry corner speed is the way to set a fast lap time. With a wide power band, the V4 can easily find power at any point of the rev range whereas for inline four-cylinder machines, a stop-and-go style is needed.

Jonathan Rea (Kawasaki Racing Team WorldSBK) has dominated for Kawasaki in recent years because his style is tailor made for the inline four Kawasaki ZX10-RR. The Northern Irishman is very economical and tries to spend as little time as possible on the angle of the tyre and instead he wants to fire up the motor and exit the corner as soon as possible.

An outlier to that rule is the Yamaha. Known for its sweet handling and usable power delivery the R1 is actually much more similar to the Ducati V4 than you’d imagine. With a crossplane engine, the outright top speed has been a worry at times but its smooth delivery means that carrying corner speed has traditionally been their calling card. However, as their top speed has increased in recent years they’ve developed the braking capability to allow riders to use more of a stop-and-go style.

WHAT THE RIDERS SAY: Haslam and Laverty on the differences

Leon Haslam and Eugene Laverty are two of the most experienced riders in WorldSBK and both have ridden a wide variety of machinery with both engine configurations. For Haslam, racing for Honda in 2021, the difference is stark: “The riding style is very different between a V4 and an inline-four,” commented the ‘Pocket Rocket’. “With the inline engine the natural style is ride it harder because you don’t have the sheer power. With the V4, you try and use the power better by carrying corner speed. You attack more on the entry but you need to be adaptable with the inline engine. With the V4, you can use the torque to focus on the exit. The strengths of both engines are different.

“The inline has less power so you need to ride it more aggressively. When you miss out on the lower torque it means you have to attack more in the corner, so that you can still reach a good top speed. With the V4, you can be calmer with your riding because you know that you will always have the power available to you. Every bike and manufacturer is different, but now the electronics are so important: with fly-by-wire or traction control or anything else you can build in the characteristics that you want.”

For Laverty, racing an inline-four cylinder BMW M 1000 RR in 2021, understanding the character of the bike is crucial to getting the most from it.

“You have to understand how to ride each of them,” said Laverty. “You have to point and squirt the corner a lot more and then get the bike upright and punch it out with the inline engine. With the V4, it is more flowing. You can see with Jonny that he uses the inline four to get the bike stood up on the exit. When you switch bikes you have to learn a totally different style of riding. It’s just about getting your head around the styles.”

For teams and riders, the changes that they can make to a bike are very limited during a season. With homolgation rules as they are, teams can’t suddenly develop a new solution to their problems. Instead, they have to develop a new bike for sale to the public. The inherit characteristics of a bike remain until a new bike is introduced.

Watch all of the season unfold in dramatic fashion with the WorldSBK VideoPass!