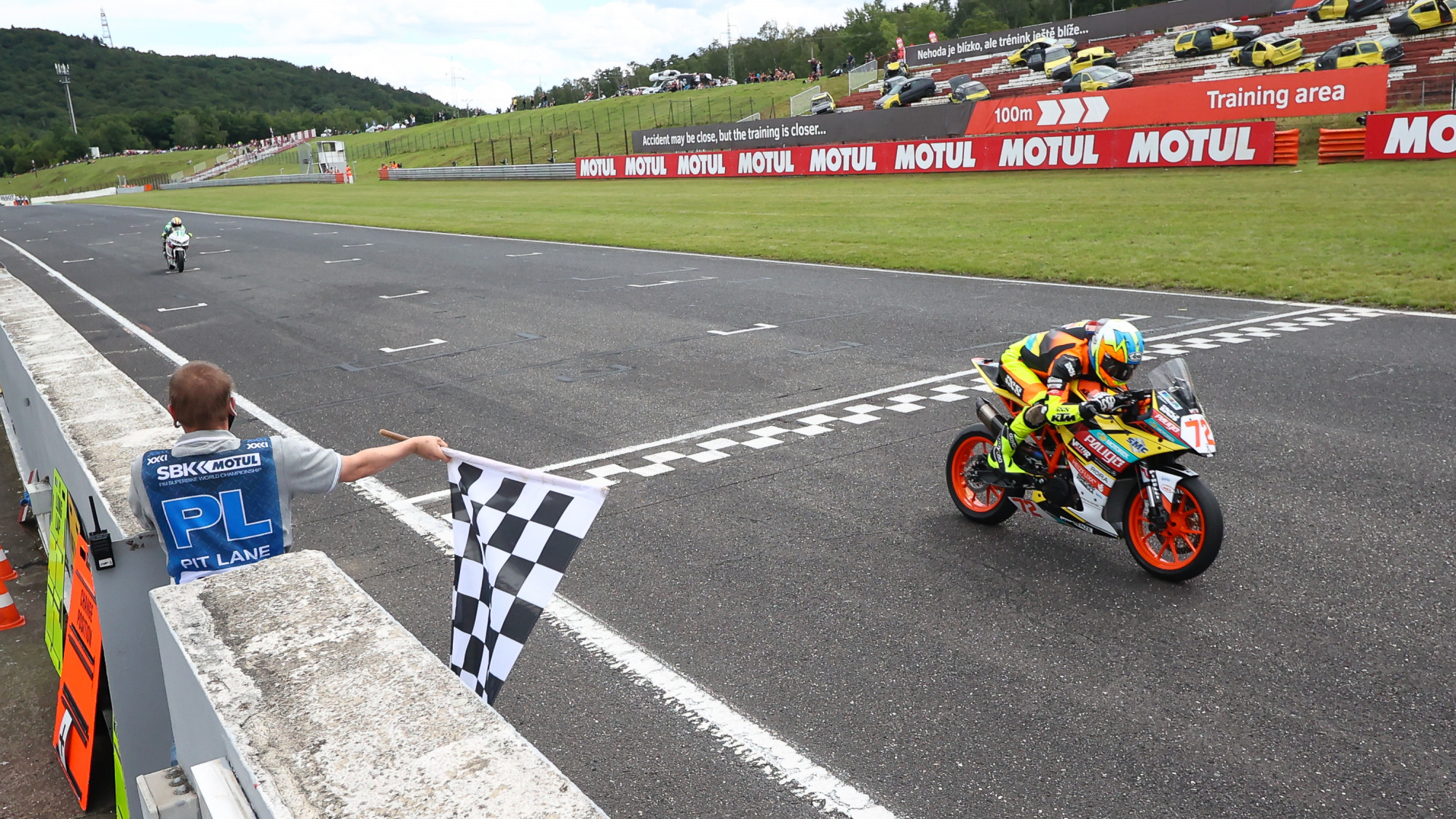 The 2021 FIM Supersport 300 World Championship inaugurated WorldSBK paddock racing action at the Autodrom Most and there was drama right from the start. Second-placed rider in the Championship Tom Booth-Amos (Fusport – RT Motorsports by SKM – Kawasaki) missed the start to the race after a technical issue on the grid. Come the end of the 14-lap encounter, it was Victor Steeman (Freudenberg KTM WorldSSP Team) who mastered Most by putting a superb ride to break away at the front of the field and dominate the race.

As the race ignited, there was all kinds of drama at the tight Turn 1, as Jeffrey Buis (MTM Kawasaki) got it all crossed up and narrowly avoided the rear wheel of poleman Victor Steeman. Behind them, several riders ran through the gravel but somehow, everyone stayed upright through the first chicane. Going into Turn 20, three riders crashed: Ton Kawakami (AD78 Team Brasil by MS Racing), Vicente Perez (Machado CAME SBK) and Victor Rodriguez Nuñez (Accolade Smrz Racing) out at Turn 20 on the opening lap.

SETTLING DOWN: the story of Race 1

Soon enough, there was an established leading group with Victor Steeman, Adrian Huertas (MTM Kawasaki), Bahattin Sofuoglu (Biblion Yamaha Motoxracing), Oliver Konig (Movisio by MIE) and Alejandro Carrion (Kawasaki GP Project) were right there, with Huertas taking the lead at Turn 1. However, as soon as he hit the front, he tucked the front end of his Kawasaki and crashed out. He banged the bars into place and remounted, soon enough lapping around two seconds quicker than the race leaders, making for a thrilling prospect ahead. Home-hero Matthias Cervenka (AC Racing) was another crasher but remounted.

Steeman wasted no time in getting the hammer down and after four laps, had a gap of over a second. Now in what was battle for second, Samuel Di Sora (Leader Team Flembbo) had made great progress, whilst the crowd had the airhorns in full use as home-hero Oliver Konig was right amongst the podium fight. Further behind, Tom Booth-Amos had now hit the points just before the half-race distance point, whilst title rival Adrian Huertas was chasing Booth-Amos down, 15th and 16th respectively with the title battle being played out down field. The crashes kept coming, with Oscar Nuñez (SMW Racing) was on the floor at Turn 1 and then, Nuñez’s teammate Joel Romero hit the back of Niccolo Lisci (Machado CAME SBK) on the exit of Turn 10, falling off the side of his bike, whilst Lisci stayed upright.

With five laps to go, the battle for second went from second to 12th, as Hugo De Cancellis (Prodina Team WorldSSP300), Koen Mueffels (MTM Kawasaki), Mirko Gennai (Team BRcorse), Jeffrey Buis, Ruben Bijman (Machado CAME SBK), Yuta Okaya (MTM Kawasaki) and Jose Luis Perez Gonzalez (Accolade Smrz Racing) joined the duel. Two laps later and Adrian Huertas was more-or-less with them, as he came to within half a second of the rear of the group, making for a thrilling spectacle as the Championship battle now crept through the field. Tom Booth-Amos was right with his title rival too, both of them setting the fastest lap of the race on Lap 12.

THRILLING FINISH: dominance at the front, mixed home emotions behind

Into the final lap and Huertas was now into seventh with Booth-Amos a place behind, whilst Di Sora was under serious pressure from Konig. With the home crowd going crazy, Konig took second going into the final two corners, whilst it was a first podium and thus a first race win for Victor Steeman, who dominated the first ever WorldSSP300 race at Most. Konig took second on the road but was dropped to third for exceeding track limits on the last lap after a post-race penalty, nonetheless the first podium for the Czech Republic in WorldSSP300. Whilst Samuel Di Sora crossed the line in third, he too exceeded track limits on the final lap and was dropped one place, meaning he was fourth behind whilst Alejandro Carrion picked up the pieces of the two ahead of him to finish in second.

Bahattin Sofuoglu completed the top five ahead of a stunning Huertas who came back in fine form, ahead of Jeffrey Buis who stayed upright for seventh, ahead of Booth-Amos, De Cancellis, Gennai, Okaya, Perez Gonzalez, Bijman, Meuffels and Christian Stange. 2018 World Champion Ana Carrasco finished in 24th, as she struggled in the Czech Republic. Huertas in sixth and Booth-Amos in eighth means the Spaniard extends his Championship lead by two points over the Brit, now standing at 20.

Watch the remainder of the Tissot Czech Round at Most unfold with the WorldSBK VideoPass! 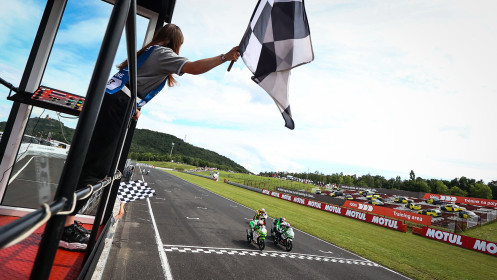 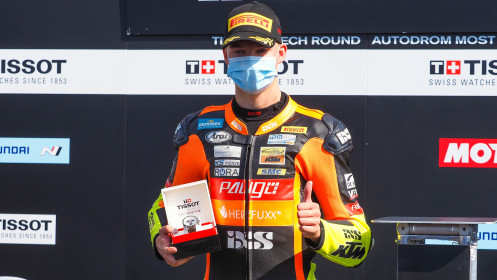 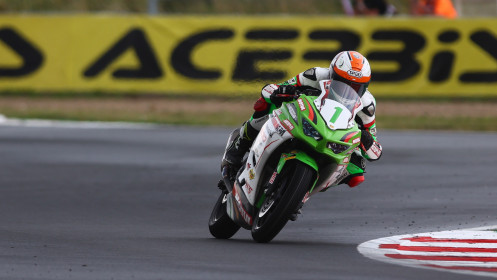