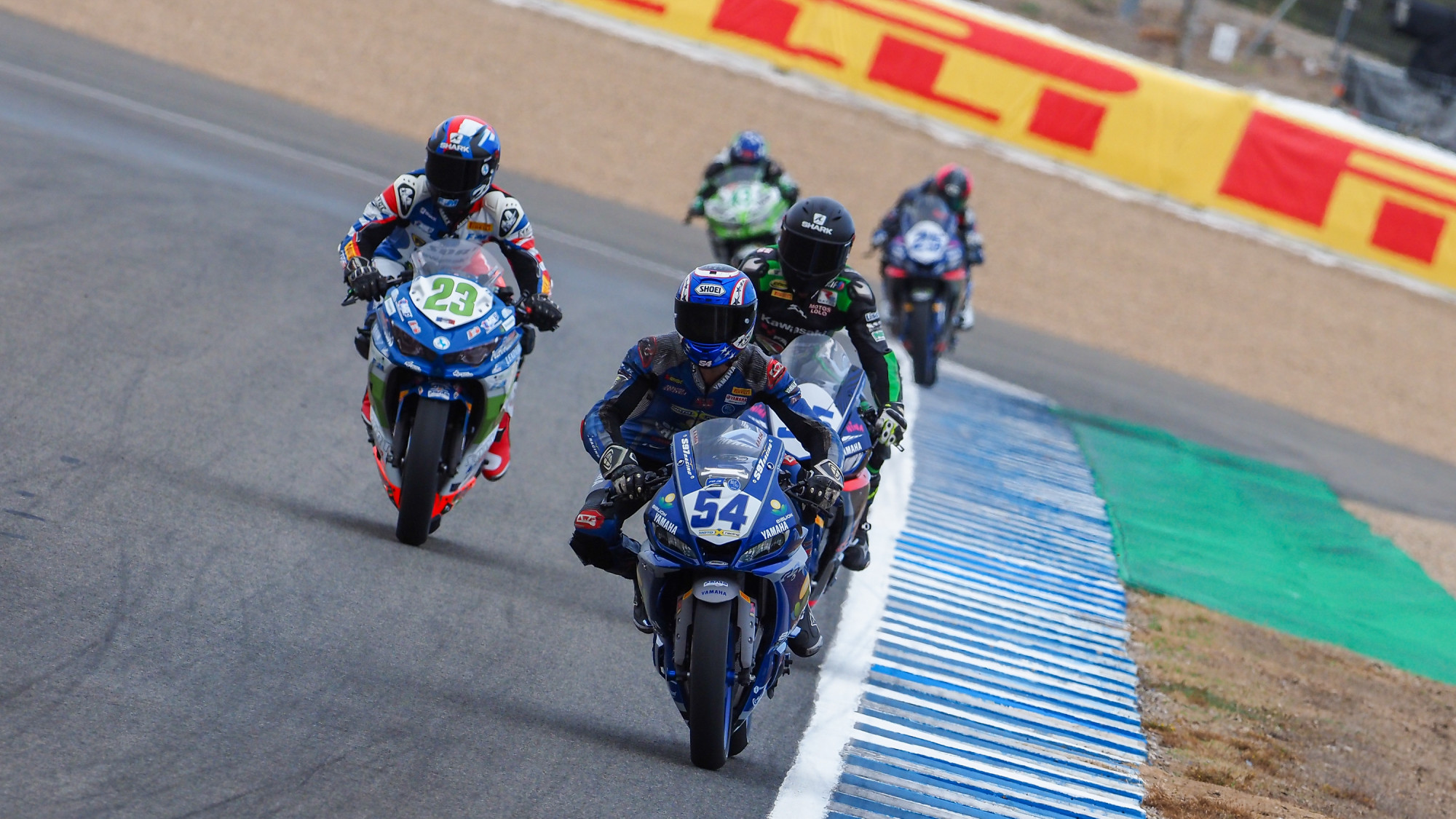 The 2021 FIM Supersport 300 World Championship kicked off Motul Spanish Round running with Free Practice one in cloudy conditions at the Circuito de Jerez – Angel Nieto. With this being the first opportunity for Adrian Huertas (MTM Kawasaki) to wrap up the title, there’s a lot at stake this weekend. Leading the way after the first session on Friday morning was Bahattin Sofuoglu (Biblion Yamaha Motoxracing), who picked up where he left off from at Catalunya.

The track was busy in World Supersport 300 but making his way to the top of the times by popping in a late lap was Catalunya winner Bahattin Sofuoglu with the Turkish rider coming to Jerez off the back of two podiums. Jose Luis Perez Gonzalez (Accolade Smrz Racing) was bumped off top spot as the chequered flag fell, with the Spaniard placing second in FP2 at home. Second place and being bumped off top spot Yeray Ruiz (Yamaha MS Racing) took third despite a peculiar fairing failure at the start of the session, whilst Jeffrey Buis (MTM Kawasaki) was fourth ahead of Dean Berta Viñales (Viñales Racing Team).

Making it three manufacturers inside the top six was Victor Steeman (Freudenberg KTM WorldSSP Team), as he fended off Yuta Okaya (MTM Kawasaki) who took seventh place, less than a second off the top time. Koen Meuffels (MTM Kawasaki) was up in eighth place ahead of Gabriele Mastroluca and Alfonso Coppola (Team Trasimeno). Adrian Huertas was only able to finish 11th, although his main title rival Tom Booth-Amos (Fusport – RT Motorsports by SKM – Kawasaki) has been declared unfit after injuries sustained at Catalunya during Race 1.

Notable incidents included 2017 World Champion Marc Garcia (Prodina Team WorldSSP300) suffering a Turn 2 tangle with Alfonso Coppola (Team Trasimeno) but was able to return to the circuit. Garcia’s teammate Bruno Ieraci (Prodina Team WorldSSP300) also suffered a crash but was OK. Petr Svoboda (WRP Wepol Racing) crashed on the exit of Turn 1 but was up on his feet straight away with just over six minutes to go.

FP2 will start at 14:15 local time (GMT+2) and you can watch it all with the WorldSBK VideoPass! 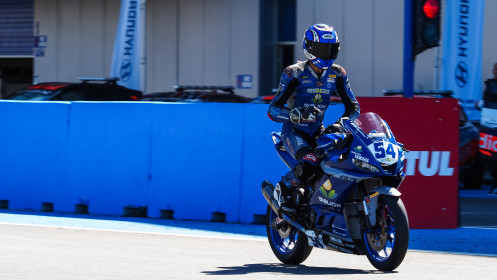 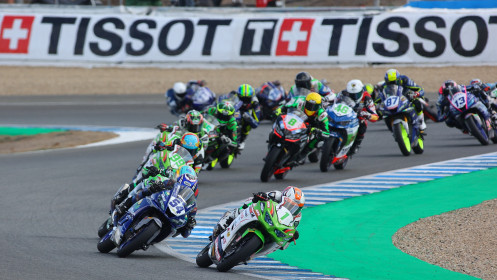 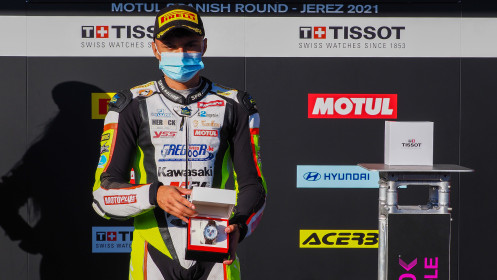