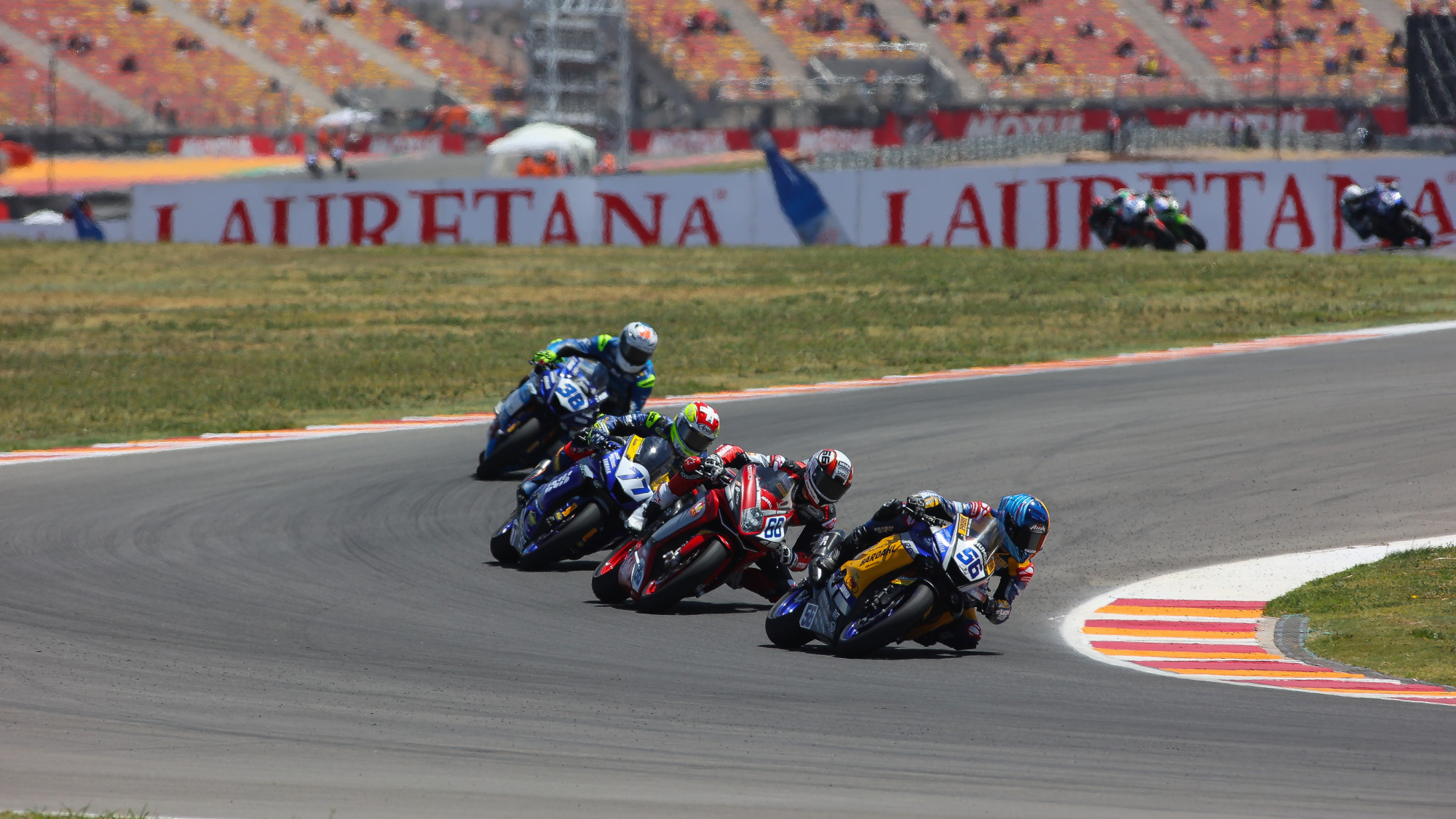 With the FIM Supersport World Championship returning to Argentina and the Circuito San Juan Villicum, the headlines were made at the top of the standings with the Championship battle being wrapped up. Two riders made their own stories throughout the Motul Argentinean Round by claiming their best-ever WorldSSP results with Hungary’s Peter Sebestyen (Evan Bros. WorldSSP Yamaha Team) in fifth and Dutch rider Glenn van Straalen (EAB Racing Team) ninth.

Sebestyen made a mid-season return to WorldSSP action with the 2020 title winners, regularly in the points and occasionally troubling the top ten. However, in Argentina, the Hungarian rider appeared to take a step forward with seventh in Race 1 and fifth in Race 2 after he equalled his best Superpole result with eighth. Sebestyen has 64 points to his name since his return to the Championship, more than he has scored in any other campaign to date.

Reflecting on the best result of his WorldSSP career so far, Sebestyen said: “First of all I'm sorry for Steven's fall in the first lap. I was lucky in the circumstance, then I tried to take advantage of the opportunity, also thanks to the great confidence I had with the bike. In the second part of the race unfortunately I lost a lot of grip on the front, so I tried to get the best possible result without crashing. I'm very happy with this result: we showed that we can aim for great results.”

Dutchman van Straalen also took the best result of his WorldSSP career with eighth place in Race 2, after equalling his previous best of ninth in Race 1. This result came off the back of three consecutive retirements since his comeback at the Catalunya Round, standing in for Randy Krummenacher (CM Racing) who switched to replace the injured Luca Bernardi. Since making his return to WorldSSP, van Straalen has consistently been fighting inside the top ten which culminated in his best results to date with eighth place although admitted he felt he could “do a little bit more”.

Van Straalen said: “I was able to gain a few places in the first few laps on Saturday and after that, I had the same pace as Friday, so I was happy with ninth. The feeling with the R6 was good as well so I was really looking forward to Race 2. Today I scored my best result in WorldSSP! However, I had the feeling that we could do a little bit more. I had a great feeling with the bike, but I got a bit stuck in the group fighting for seventh, so I couldn't quite find my own pace. Overall we had a very good weekend in Argentina!”