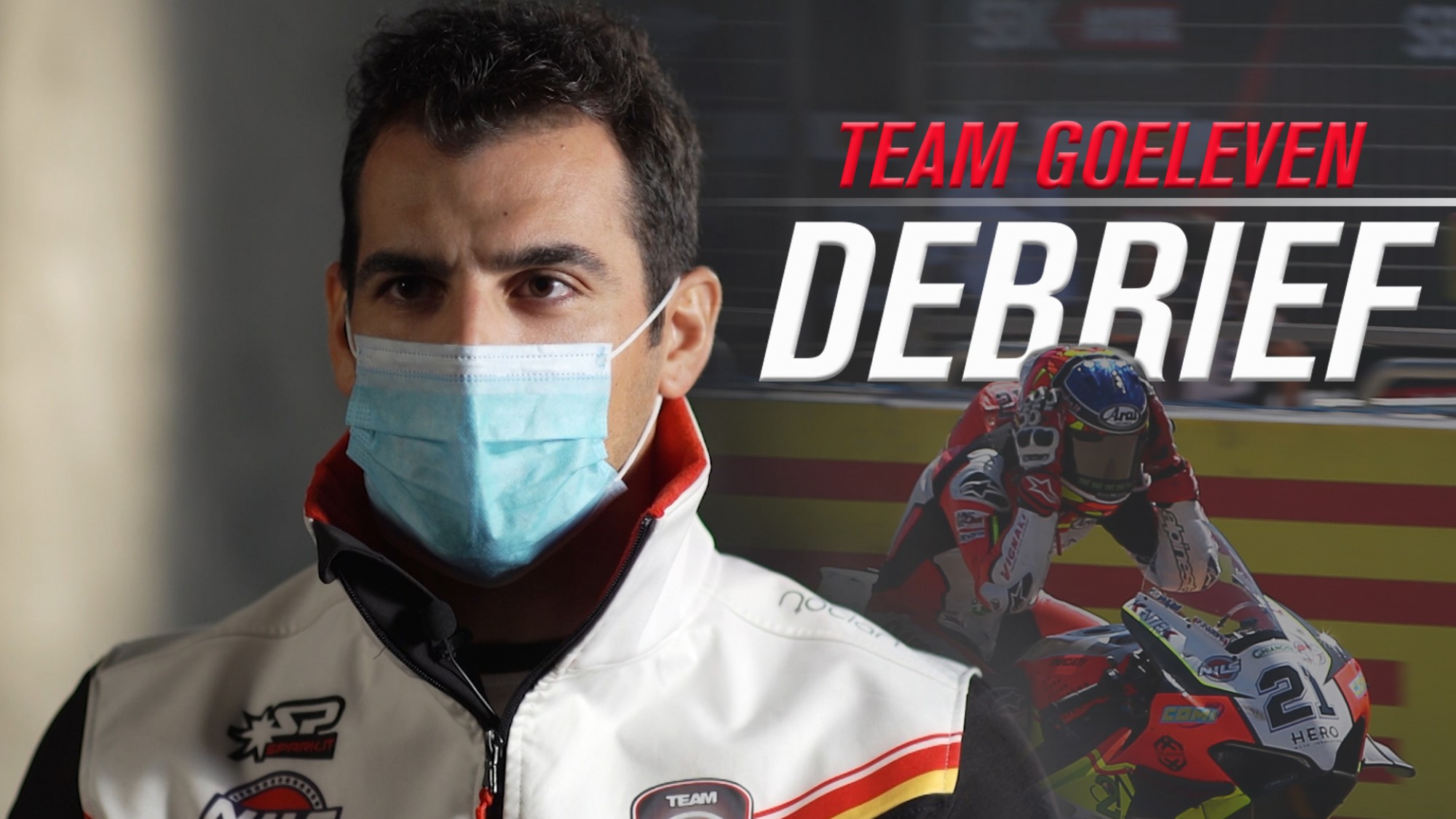 Few would have predicted that Team GOELEVEN would stand on the top step of the podium during the 2020 MOTUL FIM Superbike World Championship season but the team was able to do just that as Michael Ruben Rinaldi claimed his first victory in Race 1 for the Teruel Round, as well as two other podiums. Now, Team Manager Denis Sacchetti looks back on a “great” season in an interview with WorldSBK.com

Rinaldi stunned the field with a dominant ride at MotorLand Aragon as he claimed victory in Race 1, finishing almost six seconds clear of Jonathan Rea (Kawasaki Racing Team WorldSBK) and Chaz Davies (ARUBA.IT Racing – Ducati). Reflecting on the command victory, and 2020, Sacchetti said: “It’s been a great season in 2020. It was unexpected for us. I think the team, our staff and our rider, Michael Ruben Rinaldi, deserved this result because together, we worked really well and hard. I am really proud of Michael as next season he will join the official team and I am really happy about it. I hope he can get what he deserves.”

Team GOELEVEN use the Ducati Panigale V4 R and it proved to be a successful combination with three podiums across the season. Discussing this relationship, Sacchetti said: “We have a really good relationship with Ducati. They help us when we need something. I’m really happy with the relationship we have with Ducati because now we have a really fast bike. We are a private team, but we are able to compete for wins or podiums.”

Watch the full interview with Sacchetti at the top of this article!

Gear up for an incredible 2021 WorldSBK season using the WorldSBK VideoPass!