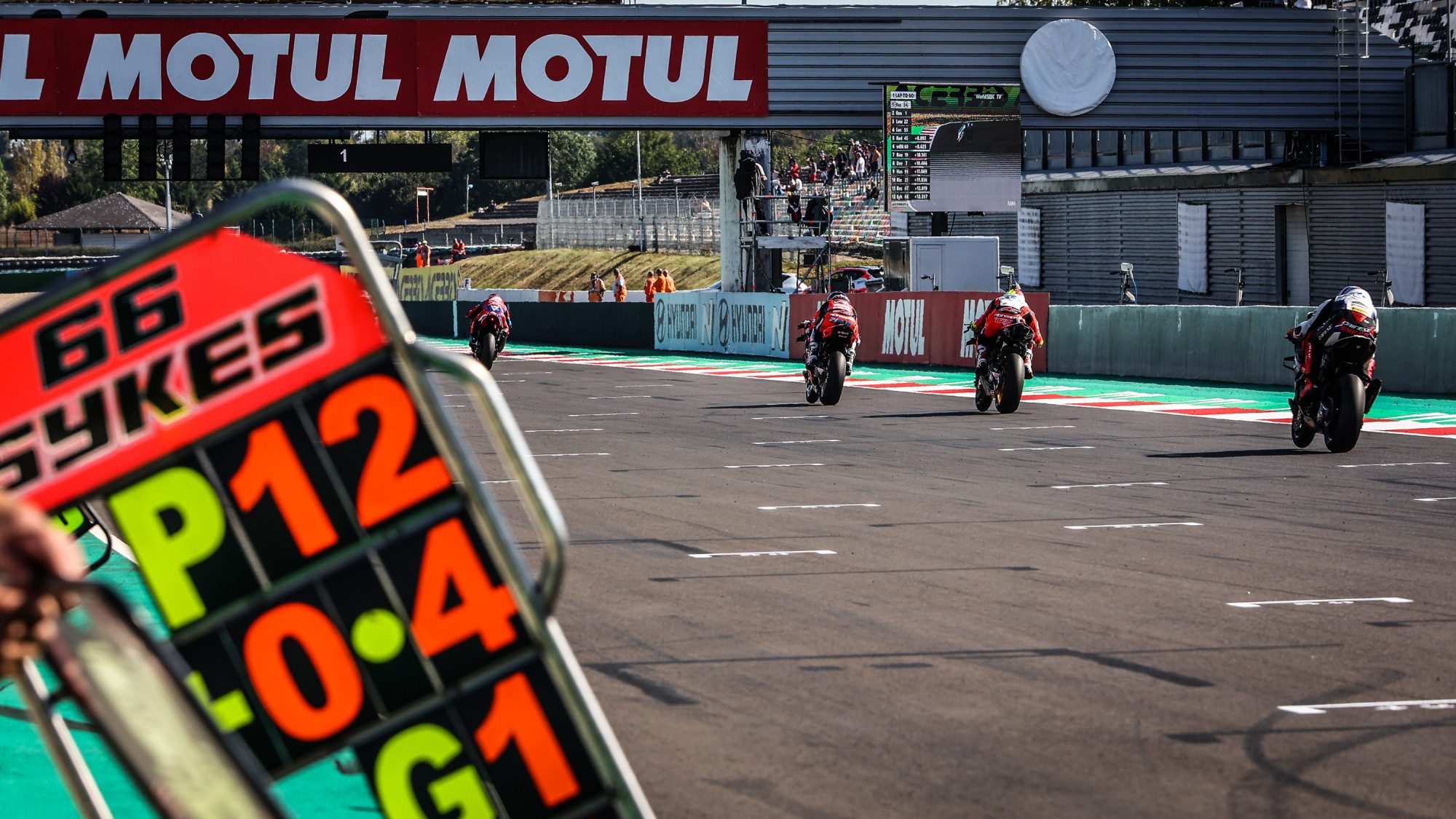 On the verge of big numbers, setting the record straight and two WorldSBK heavyweights with nothing to split them…

The 2021 MOTUL FIM Superbike World Championship erupted at the Circuit de Nevers Magny-Cours for the Motul French Round, with plenty of headlines emerging from one of the biggest rounds in recent years. A gladiatorial battle at the front and improvements behind saw new records broken and history made. So, with the dust settling, all of the major stats are in one place as an unforgettable French Round concludes.

295 – Toprak Razgatlioglu’s (Pata Yamaha with Brixx WorldSBK) Race 2 win was the 295th podium a Yamaha rider has featured on.

90 – Toprak Razgatlioglu’s win in Race 2 was the 90th for Yamaha in WorldSBK.

90 – Once again, following in the Yamaha numbers, Jonathan Rea’s fastest lap in Race 2 was his 90th of his career, 31 clear of nearest rival Noriyuki Haga on 59.

37 – Rea and Razgatlioglu have stood on the podium 37 times together.

35 – Tom Sykes’ (BMW Motorrad WorldSBK Team) front row at Magny-Cours was the 35th front row place for BMW in WorldSBK. His four front rows this year mean he has more front rows for BMW than any other BMW rider in World Superbike.

13 – Toprak’s win in Race 2 was his and Turkey’s 13th in WorldSBK. Turkey is now level with New Zealand and Ireland, who, coincidentally, have all of their wins from one rider too. New Zealand from Aaron Slight and Ireland from Eugene Laverty. It’s a long way to the next highest, with France on 46.

13 – For the first time in their history, Yamaha achieve 13 consecutive podiums.

11 – For the eleventh time, Razgatlioglu, Rea and Redding share a podium – the next time this happens, they’ll level with Edwards/Bayliss/Xaus and Corser/Fogarty/Slight at 12 – the second highest overall.

9 – Razgatlioglu’s three podiums at Magny-Cours is the first time any Yamaha rider has set nine consecutive podiums in WorldSBK. The previous best was Noriyuki Haga at eight in 2005.

8 – Rea’s pole at Magny-Cours was his eighth of the season and his eighth consecutive, meaning he’s the first WorldSBK rider in history to take eight straight poles, beating Ben Spies’ 2009 record of seven.

4 – Toprak Razgatlioglu has led the Championship for four races now, the longest in his career.

Watch the 2021 season unfold blow-by-blow with the WorldSBK VideoPass!