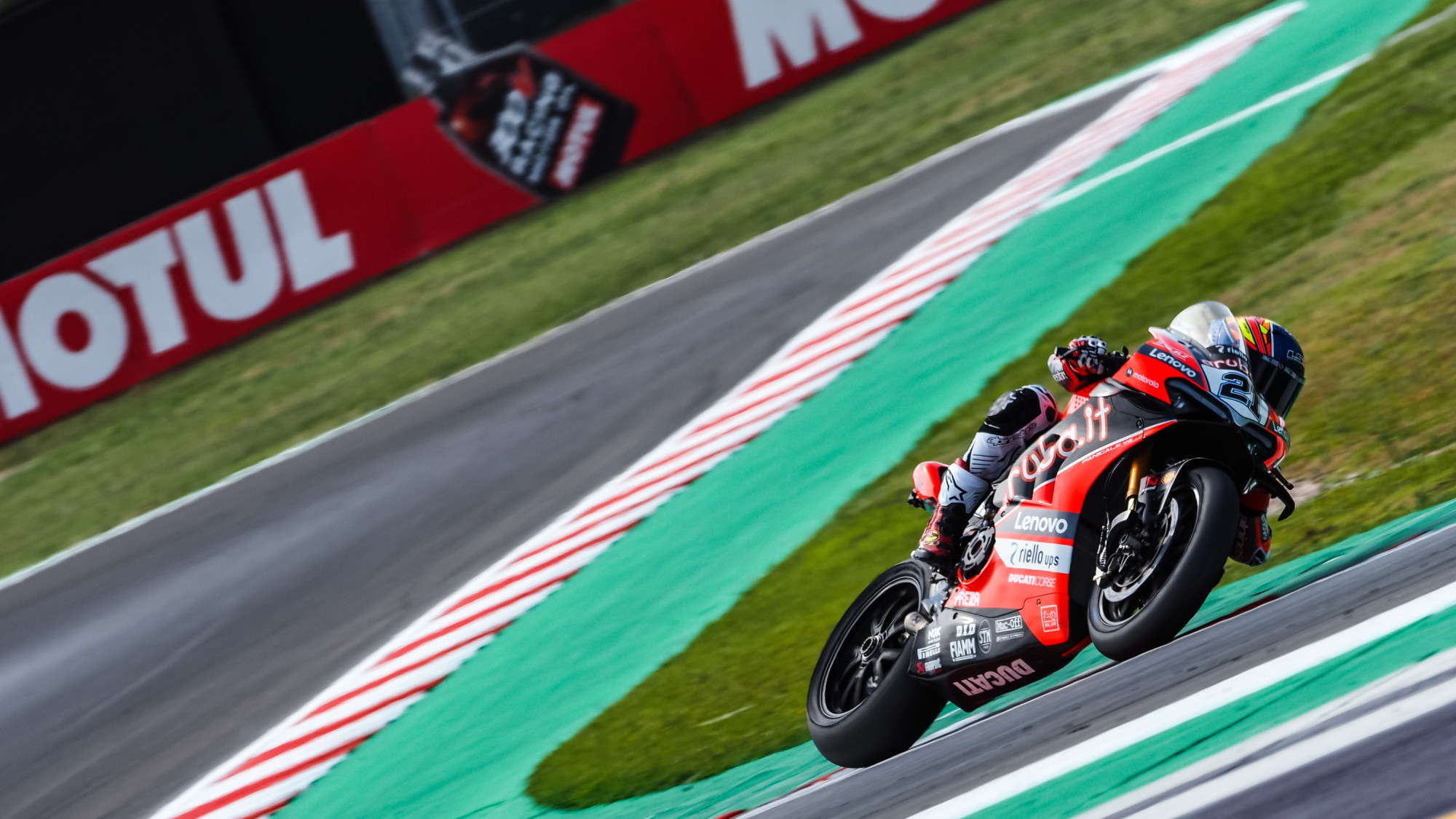 Friday action in the MOTUL FIM Superbike World Championship continued into the afternoon at the Misano World Circuit “Marco Simoncelli” and it was home hero Michael Ruben Rinaldi (Aruba.it Racing – Ducati) who topped the timesheets as he took to the Italian venue for the first time in WorldSBK on factory Ducati machinery for the Pirelli Made in Italy Emilia-Romagna Round.

Rinaldi had been the long-time leader in Free Practice 1 before a late lap meant he was usurped by Turkish sensation Toprak Razgatlioglu (Pata Yamaha with BRIXX WorldSBK) in the closing stages, but Rinaldi was able to respond in the afternoon session to post a time of 1’34.334s, three tenths clear of Alex Lowes (Kawasaki Racing Team WorldSBK), who put in a strong lap towards the end of Free Practice 2.

Jonathan Rea (Kawasaki Racing Team WorldSBK) and Razgatlioglu both posted a 1’34.848s across the day, with Razgatlioglu setting that time to top Free Practice 1 session, while Rea found almost a second between the two sessions; Rea losing some track time in the opening session. Razgatlioglu was classified in third place with Rea in fourth although the Turkish rider did suffer a technical problem as Free Practice 2 came to an end.

Local hero @michaelrinaldi_ sets the fastest time of FP2 with 1'35.037

What a start to the weekend for the @ArubaRacing rider!#ITAWorldSBKpic.twitter.com/GvKS2ZTsAP

American star Garrett Gerloff (GRT Yamaha WorldSBK Team) claimed fifth place in the combined classification after posting the third-best time in Free Practice 1, with Scott Redding (Aruba.it Racing – Ducati) in sixth; Redding missing out on track time in Free Practice 1 after a technical issue, while he was also sanctioned for not immediately stopping his bike following that issue with a suspension from the first 20 minutes of Free Practice 2.

Alvaro Bautista (Team HRC) had a strong afternoon session to claim seventh place after Friday’s action, although the Spanish rider did crash his Honda machine at Turn 4 but was able to re-mount the bike once the session had ended. Tom Sykes (BMW Motorrad WorldSBK Team) was in eighth place after bouncing back from a challenging morning while Axel Bassani (Motocorsa Racing) and Leon Haslam (Team HRC) completed the top ten.

Lucas Mahias (Kawasaki Puccetti Racing), sporting a striking livery with his Puccetti Kawasaki bike, had a crash in the final corner that cost him plenty of track time with over half an hour to go in the session; Mahias had shown strong pace in the early stages of Free Practice 2 which enabled him to finish 11th overall on Friday.

Chaz Davies (Team GoEleven) was 12th as he goes in search of his 100th WorldSBK podium this weekend; the British rider crashed but re-mounting his Ducati machine at Turn 4 and able to finish ahead of Tito Rabat (Barni Racing Team) with the Spanish rider having a very similar incident almost straight after Davies. BMW runners Michael van der Mark (BMW Motorrad WorldSBK Team) and Eugene Laverty (RC Squadra Corse) completed the top 15.

Jonas Folger (Bonovo MGM Action) made it three BMW riders in a row with 16th place, just ahead of Kohta Nozane (GRT Yamaha WorldSBK Team) and Andrea Locatelli (Pata Yamaha with BRIXX WorldSBK); the Italian trying to use Razgatlioglu as a reference point in the second session.