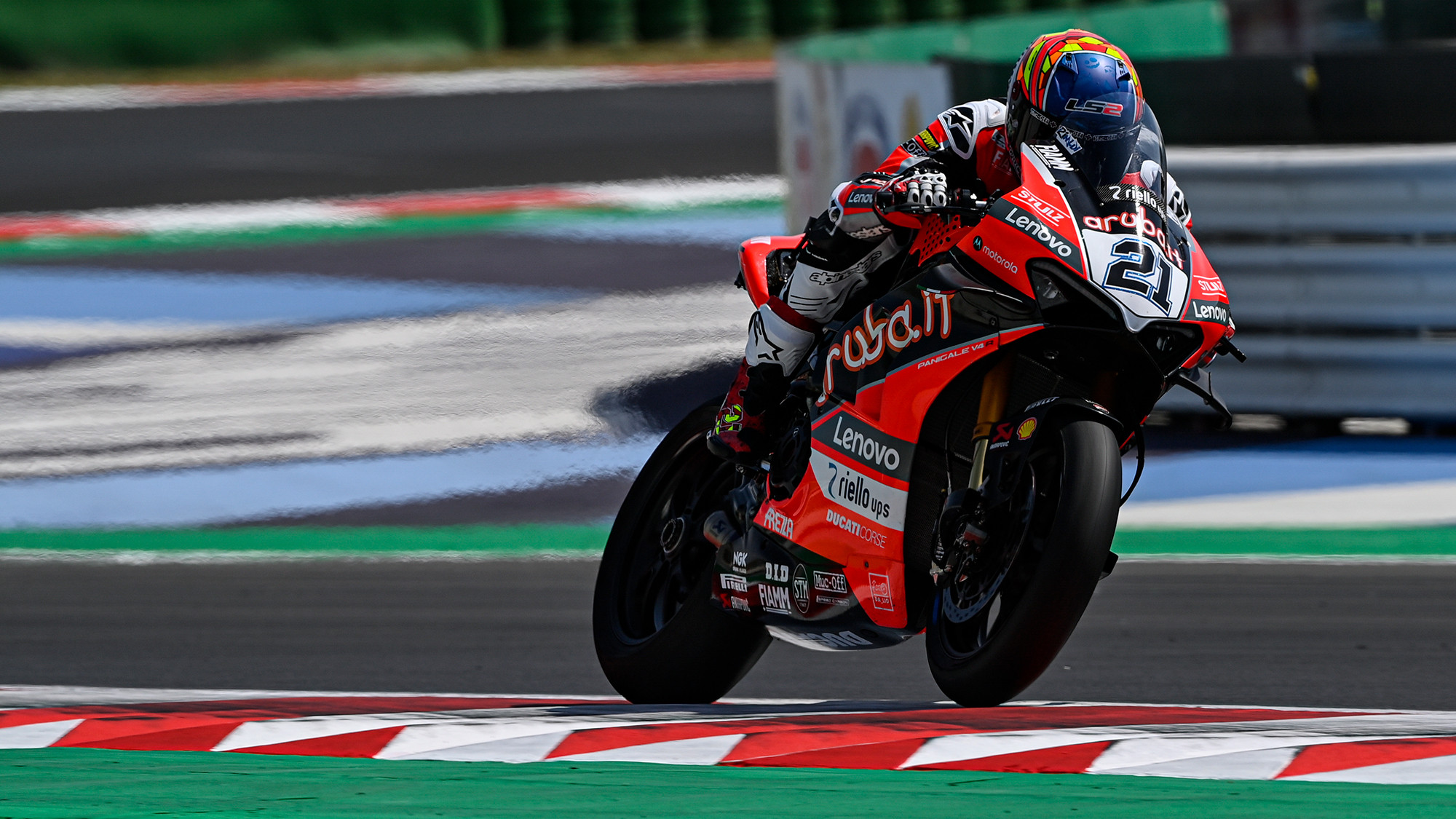 It was a case of continuing where he left off for Michael Ruben Rinaldi (Aruba.it Racing – Ducati) as he started Saturday as he ended Friday: on top of the timesheets at the Misano World Circuit “Marco Simoncelli”. Making his first appearance in Italy on the factory Ducati machine in the MOTUL FIM Superbike World Championship, Rinaldi topped the times in Free Practice 3 by over six tenths ahead of the Pirelli Made in Italy Emilia-Romagna Round.

The order has been mixed up throughout the weekend, but Rinaldi has been the rider to beat after topping the combined times on Friday and continuing that into Saturday, as he led teammate Scott Redding in Free Practice 3 as the British rider found almost a second between the two sessions.  Turkish sensation Toprak Razgatlioglu (Pata Yamaha with BRIXX WorldSBK) was third as he continued his strong pace at Misano.

Eugene Laverty (RC Squadra Corse) finished in seventh; the Irish rider finding 1.2s between his fastest lap on Friday and Saturday although he did have a crash with around six minutes to go in the session at Turn 10 which meant the session was Red Flagged. Laverty was taken to the medical centre for a check-up following the crash.