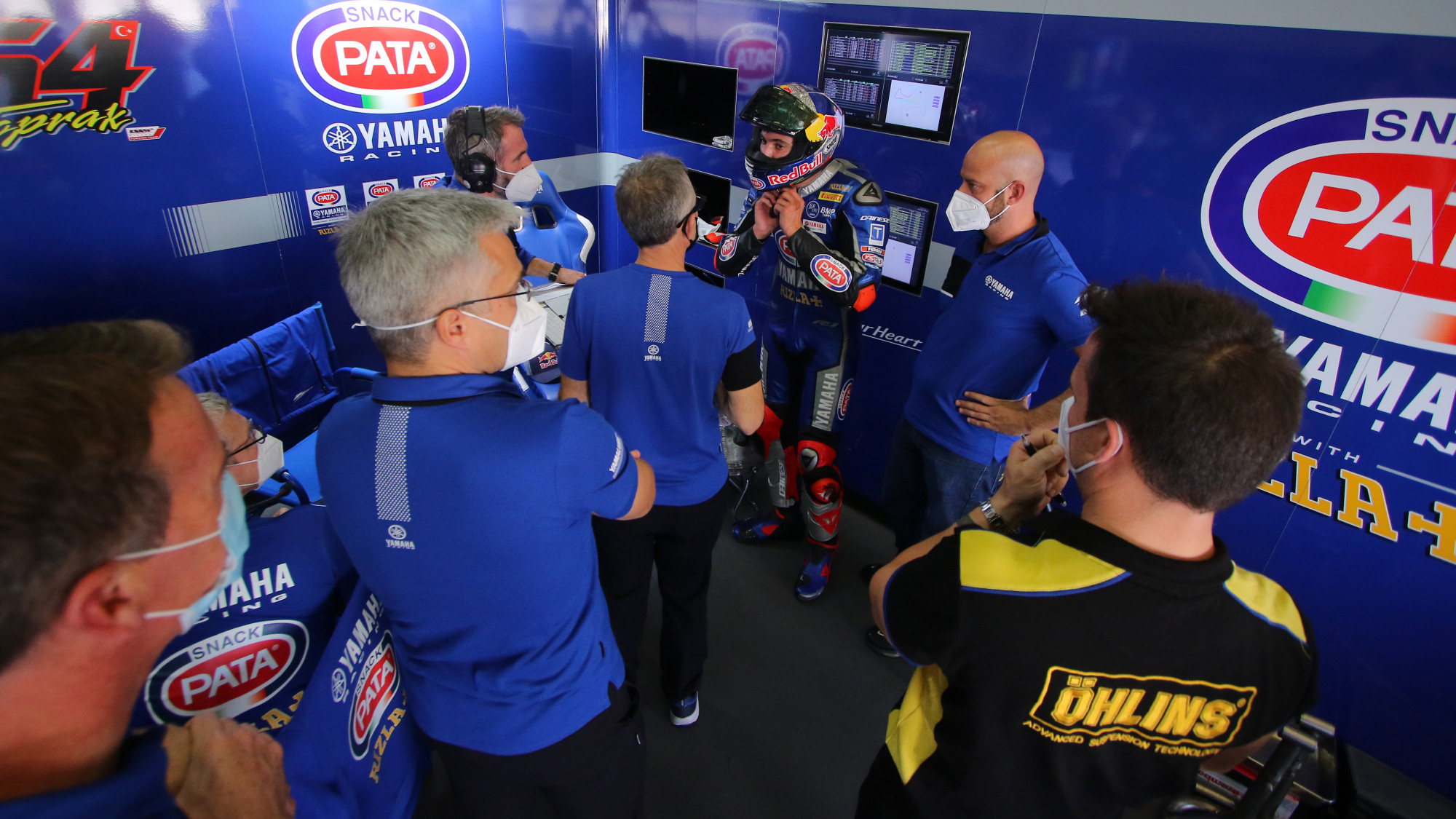 Crew chiefs make up an important part of a rider’s success and the five factory teams have confirmed who the riders will be working with during the 2021 season.

One important aspect of a successful campaign in the MOTUL FIM Superbike World Championship is a rider’s relationship with their crew chiefs. While riders get the headlines with their on-track success, the role of a crew chief cannot be understated as part of any success that occurs on track. With each factory team fielding two bikes, two crew chiefs are needed – one per rider. Who will be working with whom in 2021 in the five factory teams?

One part of Jonathan Rea’s (Kawasaki Racing Team WorldSBK) success is his working relationship with crew chief Pere Riba and that is something that will continue into 2021 as Rea searches for his seventh consecutive title. Across the garage, teammate Alex Lowes will be looking to build on his race-winning campaign in 2020 with more success in 2021. Lowes will continue to work with Marcel Duinker for the 2021 campaign as the team keeps the same riders and crew chiefs as they introduce a new ZX-10RR for the new season.

After pushing Rea all the way in 2020, Scott Redding (Aruba.It Racing – Ducati) will be looking to go one better and will work with Giovanni Crupi to reach his goal of winning the World Championship. Redding and Crupi have had success before, in Redding’s 2019 BSB title-winning campaign, and will be looking to repeat that success on the world stage. Following his switch from Team GoEleven, Michael Ruben Rinaldi (Team GoEleven) will work with a new crew chief in the form of Filippo Burgatti as he looks to continue his form from a stunning 2020 campaign.

Toprak Razgatlioglu (PATA Yamaha WorldSBK Team) continued to progress through 2020 as he claimed three victories, and the Turkish sensation will hope he can use those wins as a springboard into a title challenge in 2021. His crew chief in 2021 will be Phil Marron as the duo continue working together. Marron and Razgatlioglu have worked together from the Turkish star’s Kawasaki Puccetti days and will look to continue their working relationship into 2021 as they aim for glory. Rookie teammate Andrea Locatelli comes into WorldSBK, and the factory Yamaha outfit, after a record-breaking WorldSSP campaign and will work with Andrew Pitt as his crew chief in his first WorldSBK campaign with Pitt having worked at Yamaha for several years.

Team HRC are one of just two factory teams who have the same rider line-up from 2020 with Leon Haslam and Alvaro Bautista, who finished level on points last season, continuing with the team in their second season with the CBR1000RR-R. In terms of crew chiefs, Haslam will work with Gorka Segura while Bautista will have the services of Giulio Nava throughout the 2021 season. Both riders are remaining with the same crew chiefs in 2020 when they were able to develop the CBR1000RR-R to be a consistent top-five challenger and will be hoping to continue the upward trajectory of the project.

The BMW Motorrad WorldSBK Team have a new rider and a new bike for the upcoming season as the M 1000 RR comes into WorldSBK, with Tom Sykes staying at the team. 2013 World Champion Sykes, who will be looking to add to his 50 pole positions in 2021, will have Ian Lord as his crew chief for the new season as his crew chief from 2020, Pete Jennings, has moved across to Team GoEleven. Michael van der Mark’s crew chief will be Marcus Eschenbacher following the Dutchman’s switch from Yamaha to BMW as he looks to build on his race-winning campaigns over the past few years. Eschenbacher’s experience should help van der Mark’s adaption to the M 1000 RR, having been a crew chief in MotoGP™ with the likes of Aleix Espargaro and Johann Zarco, while also helping Cal Crutchlow take WorldSBK victories in 2010.

You can watch WorldSBK action using the comprehensive WorldSBK VideoPass!