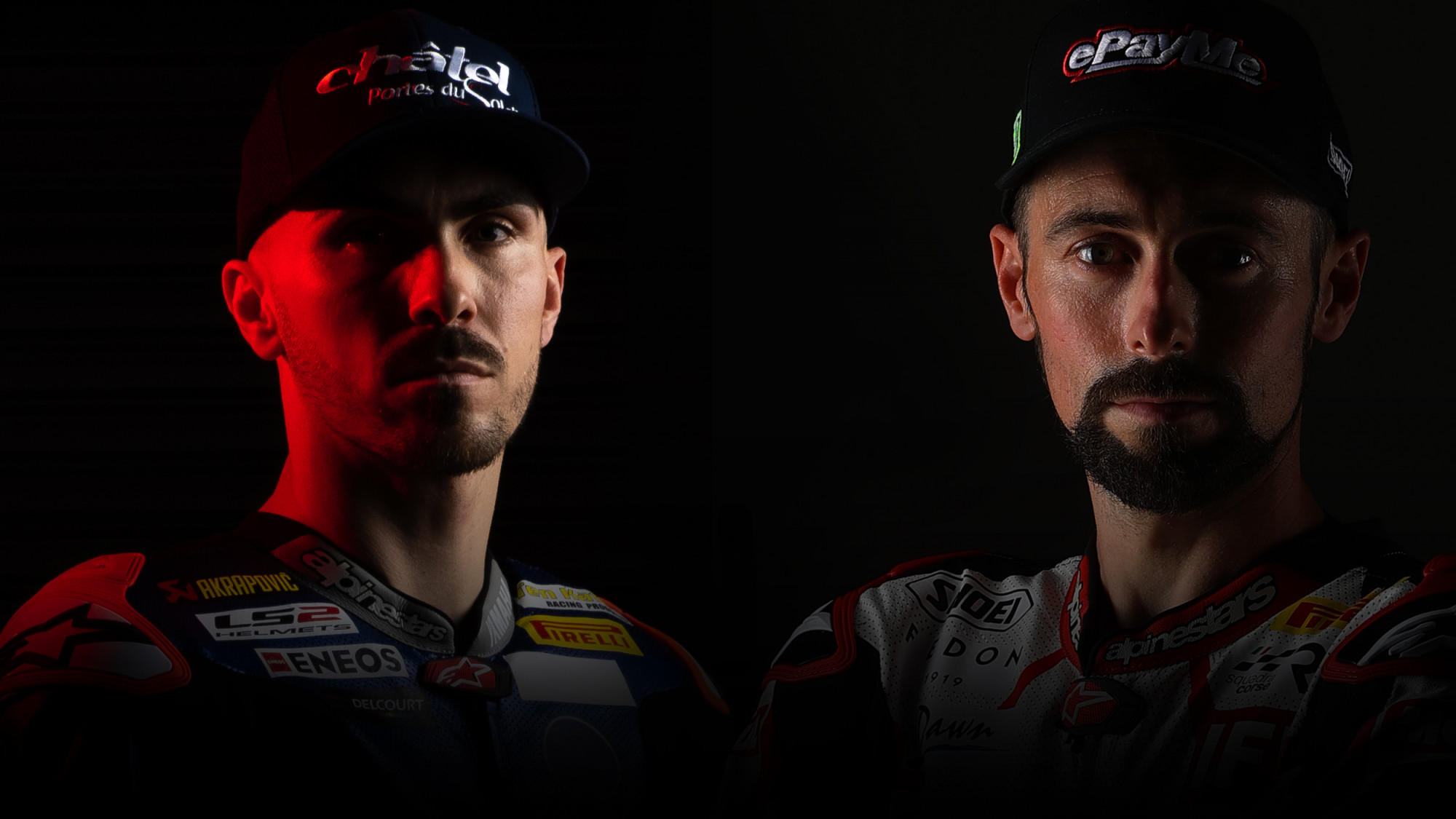 The 2021 MOTUL FIM Superbike World Championship may still have one round to go but the jigsaw for 2022 is already nearing completion. Loris Baz and Eugene Laverty will spearhead the refreshed and revitalised Bonovo action BMW Racing Team in 2022, with Michael Galinski’s team expanding its operations for next season. Loris Baz is back in WorldSBK on a full-time basis, whilst Eugene Laverty continues in the BMW Motorrad family, as both set their sights on achieving great things next year.

Loris Baz returns to WorldSBK action in 2022, joining the Bonovo action BMW Racing Team.  The 28-year-old Frenchman rode a BMW S 1000 RR in WorldSBK in 2018, achieving 13 top ten finishes including a best of sixth. Baz made his WorldSBK debut in 2012, taking a sensational win at Silverstone the same year, as well as the following season in 2013. He switched to MotoGP™ from 2015 to 2017 before returning to World Superbike. 2019 and 2020 saw him on Yamaha machinery with Ten Kate Racing, achieving podiums before he raced in MotoAmerica for 2021, whilst also impressing as a substitute rider in WorldSBK for Chaz Davies at Team GoEleven, taking two podiums.

On the other side of the garage, Eugene Laverty remains in the BMW Motorrad WorldSBK family and having achieved top ten results with the all-new M 1000 RR in what has been a difficult season for the 35-year-old Irishman, the 2013 WorldSBK runner-up hopes to impress for 2022. Having won on Yamaha, Aprilia and Suzuki machinery and been crucial in the development of the BMW M 1000 RR, Laverty has had five top ten finishes in 2021. In WorldSBK, he has 13 race wins and 35 podiums, and hopes to be a contender throughout 2022. Both Baz and Laverty will be factory BMW riders for 2022.

BMW’s history in WorldSBK as a factory has been successful and the manufacturer’s commitment to the Championship has been clear since returning as a factory effort in 2019. Starting with the S 1000 RR in 2019, it was a podium achiever in its first year with Tom Sykes, whilst the factory continued hard work in 2020. In 2021, with the all-new M 1000 RR and expansion in operations with four M 1000 RRs on the grid, BMW were back not only to podiums and a pole with Tom Sykes, but also to winning ways with Michael van der Mark; this was BMW’s first win in WorldSBK for eight years, showing the progression made since returning. With Scott Redding and Michael van der Mark in the factory team for 2022, Baz and Laverty add to BMW’s strength in WorldSBK. The Bonovo team have had one top ten in 2021, with rider Jonas Folger taking eighth in Race 2 at Aragon.

Speaking about the future, Eugene Laverty said: “I’m very happy to continue with BMW Motorrad and join the Bonovo action BMW Racing Team for the 2022 World Superbike season. It’s fantastic to remain in the BMW WorldSBK family. The past six months have been tough for me as a rider, so I’m very grateful for the continued support and belief from everyone involved in this project. I’m very motivated to repay that faith in my abilities and I feel confident that following a solid winter testing campaign we can arrive ready and competitive at round one.”

Returning to the paddock and eager to hit the ground running, Loris Baz stated: “I’m really happy to be back in WorldSBK, so I want to thank BMW and the Bonovo action BMW Racing Team for giving me this opportunity. I think that I have shown during the two rounds in Spain and Portugal that I have the pace to fight at the front in this Championship. BMW is the brand that grew the most in the second part of the season; I have closely watched how the bike was improving. I have been racing with BMW before, so I know a lot of people there and also, I have been competing with MGM Racing for one race back in 2012. I’m really happy and really excited about this opportunity and I’m looking forward to trying the bike and to starting to work together with the team and BMW.”

Marc Bongers, BMW Motorrad Motorsport Director, commented on the line-up for the Bonovo action squad: “The course is set for a successful second season together for BMW Motorrad Motorsport and the Bonovo action BMW Racing Team in the WorldSBK. The team and we have gained a lot of experience in the first year of our cooperation, and that now forms the basis as we continue to move forward together. The two riders starting for the Bonovo action BMW Racing Team also underline our ambition. We are very pleased that Eugene Laverty remains a part of the BMW works rider family and lines up with us in his third season. Although the 2021 season was not always easy for him, he showed a lot of fight and was very committed to our project.

“At the same time, we are pleased to have Loris Baz on board,” continued Bongers. “Having spent a season on the BMW S 1000 RR in 2018, he is now part of the BMW works rider family. Loris has more than impressed on his WorldSBK outings this season. We are confident that, with their skill and experience, Eugene and Loris will help move the Bonovo action BMW Racing Team forward. We would like to thank Jonas Folger. It is a shame that his debut season in WorldSBK did not play out as we were all hoping. However, he and the team never gave up and always worked hard. We are very grateful to him for that tireless commitment.”

Michael Galinski, team manager for the Bonovo action BMW Racing Team, said about the refreshed line-up: “We’re pleased to be able to take this step together with Jürgen Röder, team owner, and are very proud of our two riders. In Eugene Laverty and Loris Baz, we have two excellent riders. Loris has started in many classes, such as MotoGP™ and WorldSBK, on many different manufacturers’ bikes, including BMW and Yamaha. He recently showed what he is capable of at the race in Portugal: two third places as a reserve rider are no mean feat. We are very pleased to have him on board.

“Eugene has been slightly below par this year, as he was unable to ride for a long time. He is a great development rider and will help us to develop the bike together with BMW. All in all, we are now on equal footing with the BMW Motorrad WorldSBK Team. They also have two tall riders on the bike, in Michael van der Mark and Scott Redding. Loris, as the third tall guy, will be able to contribute to the development in this regard. Eugene is not quite as tall, but nevertheless we are all moving in the same direction together. We are looking forward to the coming season!”

Make sure to watch the final round of WorldSBK in 2021 with the WorldSBK VideoPass!