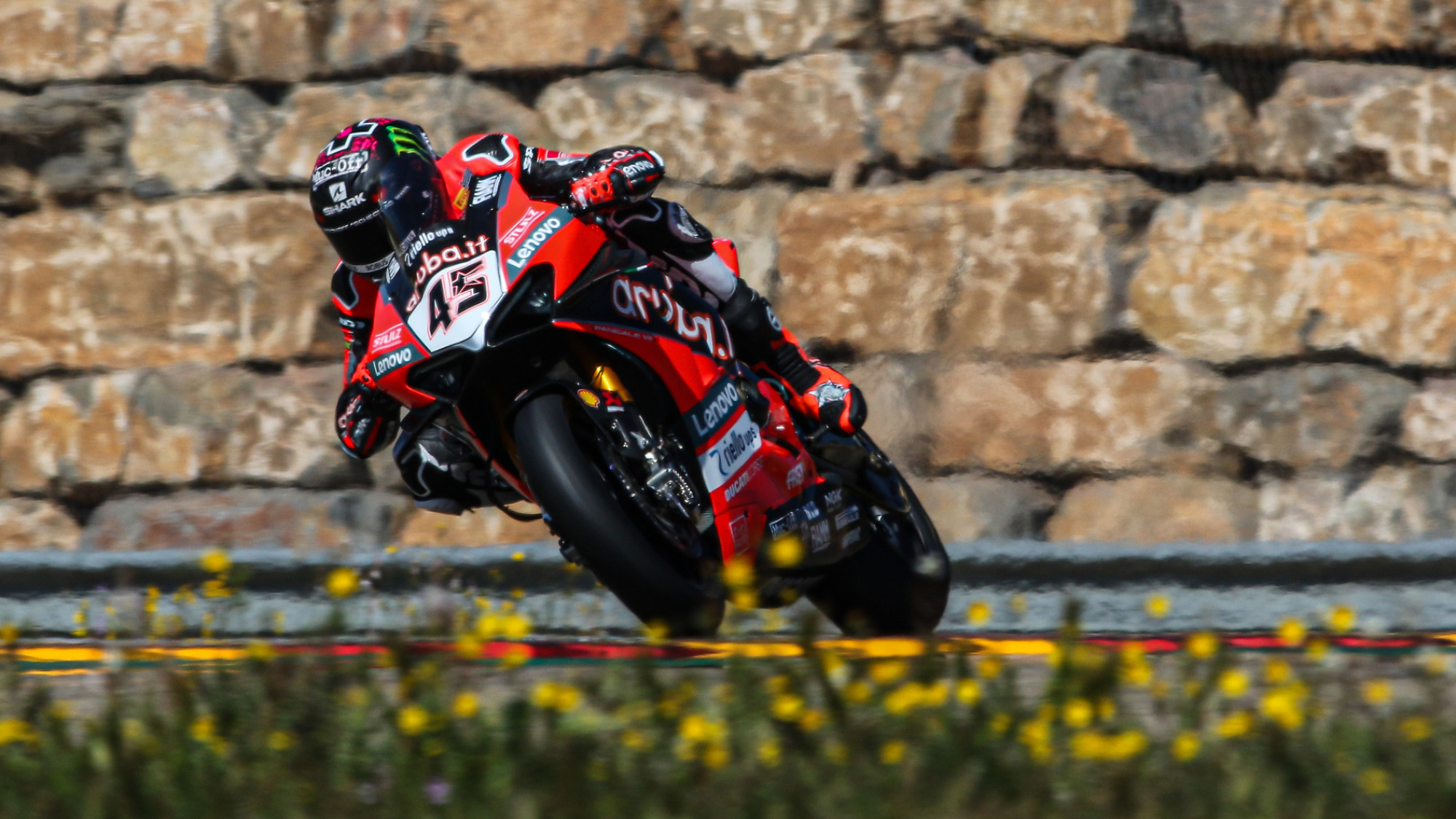 After two intense days of testing ahead of the 2021 MOTUL FIM Superbike World Championship season last week, ten riders from up and down the paddock headed west to MotorLand Aragon from Catalunya to take part in another two days of action as preparations for the upcoming campaign continue to ramp up. First honours from the Aragon test belong to Scott Redding (Aruba.It Racing – Ducati) after he posted the best lap of the morning.

Riders were reluctant to head on track as the session started due to cold track conditions, but the action soon began to warm up as riders started heading out on track. Redding posted a time late in the morning session of 1’50.995s, the only rider to dip into the 1’50s bracket, as he topped the session by half-a-second from teammate Michael Ruben Rinaldi. Redding is hoping to be able to complete some long-run tests throughout his time at MotorLand Aragon while Rinaldi working on the setup of his Ducati Panigale V4 R.

Chaz Davies (Team GoEleven) was third at the circuit Team GoEleven won at in 2020 when Rinaldi was competing for the team. 2014 Moto2™ World Champion Tito Rabat (Barni Racing Team) continued his adjustment into WorldSBK as he finished just three tenths away from Rinaldi’s best time, with  WorldSBK’s youngest rider, Axel Bassani (Motocorsa Racing), fifth in the morning session.

Kohta Nozane (GRT Yamaha WorldSBK Team) improved late on in the session to finish in sixth place throughout the four-hour window and finishing as the lead Yamaha rider although his bike did come to a halt during the morning. Niccolo Canepa, linking up with the Pata Yamaha with BRIXX WorldSBK outfit in place of Toprak Razgatlioglu, was seventh out of the WorldSBK competitors on his Yamaha YZF R1.

Federico Caricasulo has just finished his morning session, and this how he rides his Yamaha R6 GMT94 in Aragon ! @WorldSBK | @yamaharacingcom pic.twitter.com/bYuY5ikKOy

The top six following the first morning of testing at MotorLand Aragon: