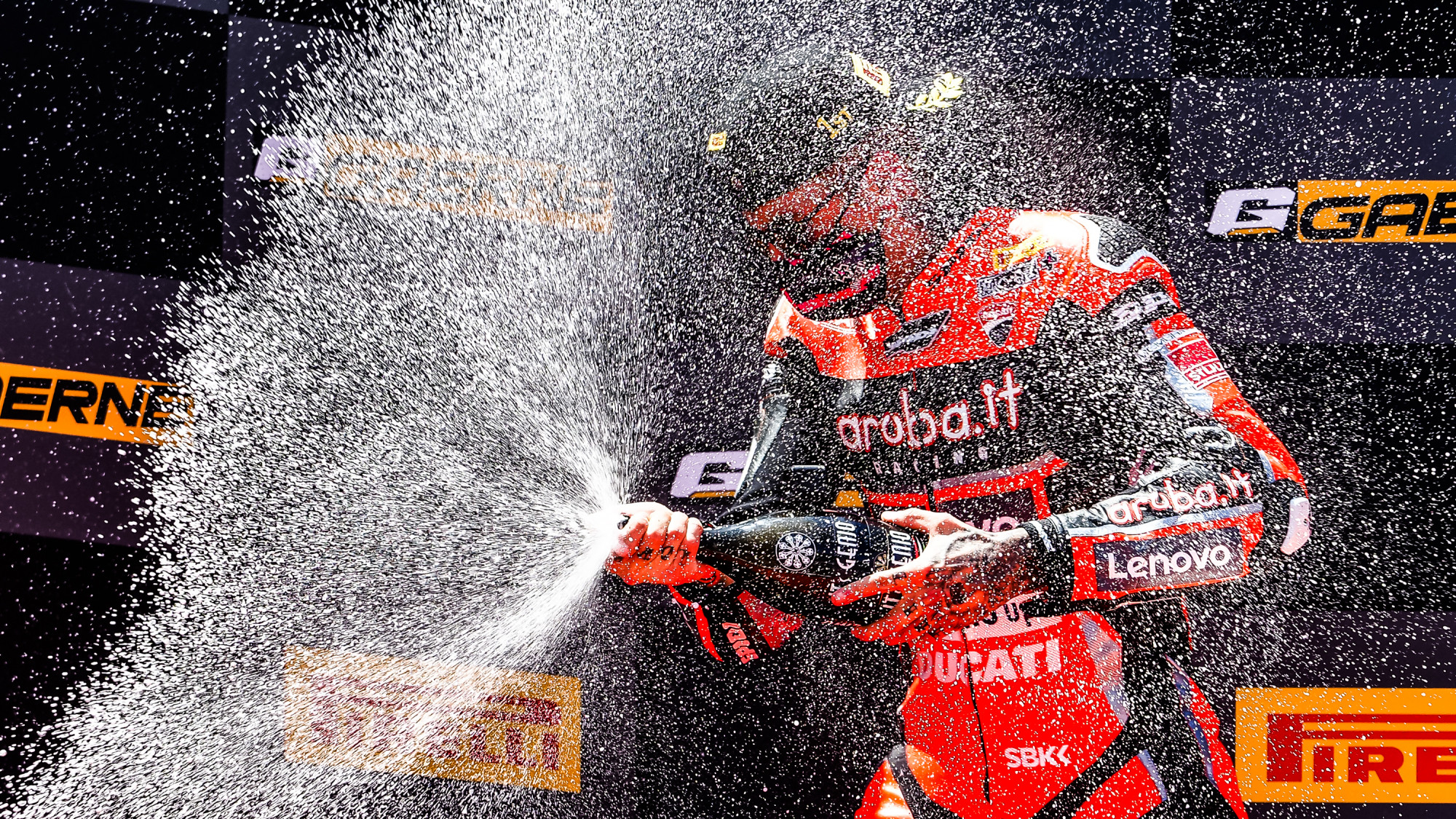 After taking a hard-fought victory in Race 1 at Estoril, Scott Redding discusses the pressure he felt from his nearest on-track rivals

Victory at the first race of the 2021 Gaerne Estoril Round went to Scott Redding (Aruba.it Racing – Ducati) after a tightly-contested affair at the Circuito Estoril. Redding used Pirelli’s SCX tyre across the full 21-lap race as he claimed his second victory of the 2021 MOTUL FIM Superbike World Championship campaign, and his second in two races following Race 2 victory Aragon just six days prior.

Redding started from second on the grid after the Tissot Superpole session but used the advantage of the softer tyre to get ahead of Jonathan Rea (Kawasaki Racing Team WorldSBK) at the start, with Toprak Razgatlioglu (Pata Yamaha with BRIXX WorldSBK) following him through from third on the grid.

The British rider came under pressure from Turkish star Razgatlioglu throughout various stages of the race, with Razgatlioglu also using the SCX tyre while Rea was on the SC0. Rea was able to close in on the pair after losing time battling with Michael Ruben Rinaldi (Aruba.it Racing – Ducati) in the early stages of the race and, despite putting a lot of pressure on Razgatlioglu, came home in third place.

Looking back on Race 1 victory, Redding said: “First of all, that’s a proper win! That’s one I can get emotional about. The one in Aragon, again, it was a win but not how I’d like to win. For me, that was good. I had the pressure the whole race, I felt that pressure and I felt good under that pressure. That was, for me, very good. I was happy to come away with the win. I didn’t know what to expect because the pace of the other guys had been really fast or quite a bit off so you’re not sure which tyre they’re using or what strategy they have.

Adding how he got into the lead of the race at the start, Redding said: “I got a good start and for the first time in one year, I think, I beat Jonathan to the first corner, so I took advantage of that. I did my best to try and pull away in the beginning. I know they were with me, but I could handle that pressure. They were not really showing too many wheels. I know my pace was quite strong.”

Redding used the SCX tyre and held on for victory despite pressure from two riders behind him who were running two different strategies with the race ebbing and flowing between each rider at different points. If Saturday is anything to go by, Sunday could prove to be an even tighter battle for victory. 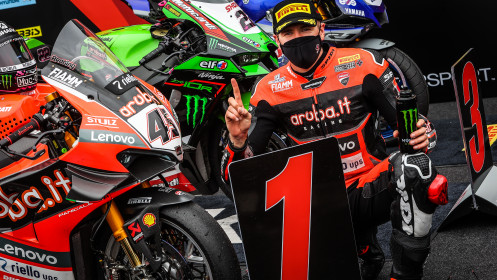 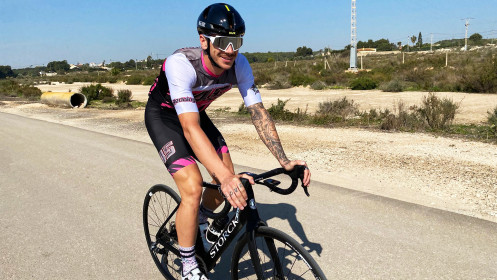 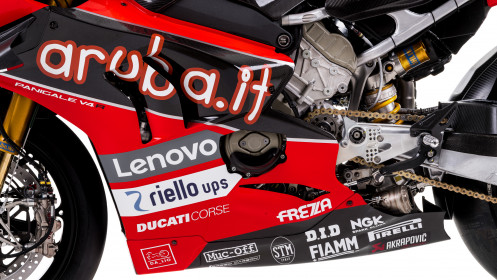 Get your first look at the factory Ducati colour scheme for the year ahead, as Scott Redding and Michael Ruben Rinaldi’s livery is showcased…