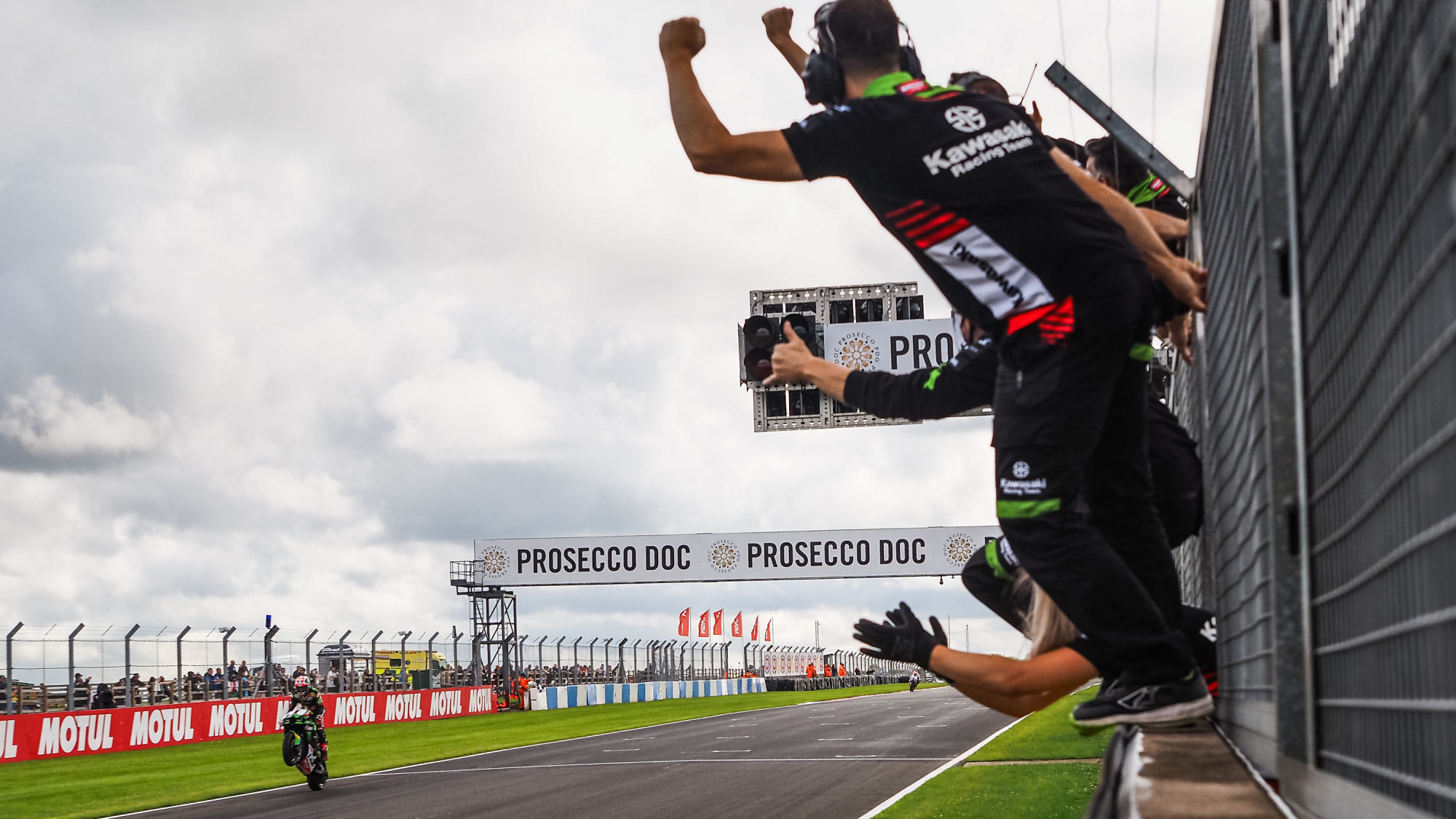 A pre-race shower made the track wet but, like yesterday, it dried out quickly which meant a tyre gamble for those on the grid with the majority of riders using Pirelli’s intermediate tyres. Rea got the best start from pole position while Tom Sykes (BMW Motorrad WorldSBK) and teammate Michael van der Mark appeared to get swamped, with Alex Lowes (Kawasaki Racing Team WorldSBK) moving into second place.

Lowes was applying pressure to teammate Rea but a crash on the second lap allowed both BMW riders back through with the pair engaging in a battle with Leon Haslam (Team HRC) and Garrett Gerloff (GRT Yamaha WorldSBK Team); Sykes and van der Mark able to hold on to take BMW’s first double podium since Nurburgring 2013 in Race 2, and the 40th race with BMW riders on the podium. It means Sykes claimed his first podium in 645 days, the last coming at Magny-Cours in 2019, and the first podium for van der Mark since Estoril 2020 and his first since switching to the BMW factory outfit.

A fifth win of the year for @jonathanrea in 2021, as he gets the home crowd on their feet!@KRT_WorldSBK #GBRWorldSBK pic.twitter.com/Zr9uwUK7wo

Haslam and Gerloff finished in fourth and fifth despite the pressure being applied to the BMW riders, with all four riders separated by just 1.5 seconds. Toprak Razgatlioglu (Pata Yamaha with BRIXX WorldSBK) was unable to repeat his stunning start from yesterday but came home in sixth place to secure a second row start for Race 2 after starting the Superpole Race in 13th.

Lucas Mahias (Kawasaki Puccetti Racing) secured his best ever WorldSBK  result with seventh place to take a third row start for Race 2 ahead of Chaz Davies (Team GoEleven) and Andrea Locatelli (Pata Yamaha with BRIXX WorldSBK) in ninth; Locatelli bouncing back from a huge crash in Race 1 to secure points in the Superpole Race.

Tito Rabat (Barni Racing Team) had a crash at Turn 8 which forced him to retire from the race; Rabat starting on a wet front tyre, just one of a handful of riders who used the full wet tyres. Scott Redding (Aruba.it Racing – Ducati) started on front and rear wet tyres and it was a gamble that did not pay off for the British rider, as Redding found himself tumbling down the order as those on intermediate tyres found considerably more pace. Both Christophe Ponsson (Alstare Yamaha) and Loris Cresson (OUTDO TPR Team Pedercini Racing) both brought their machines into the pits after opting to start on wet tyres. 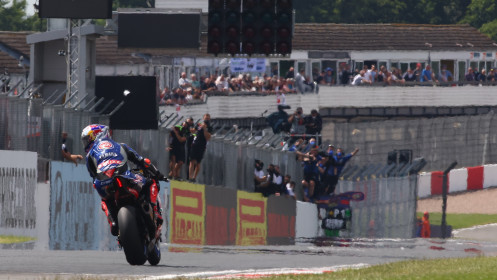