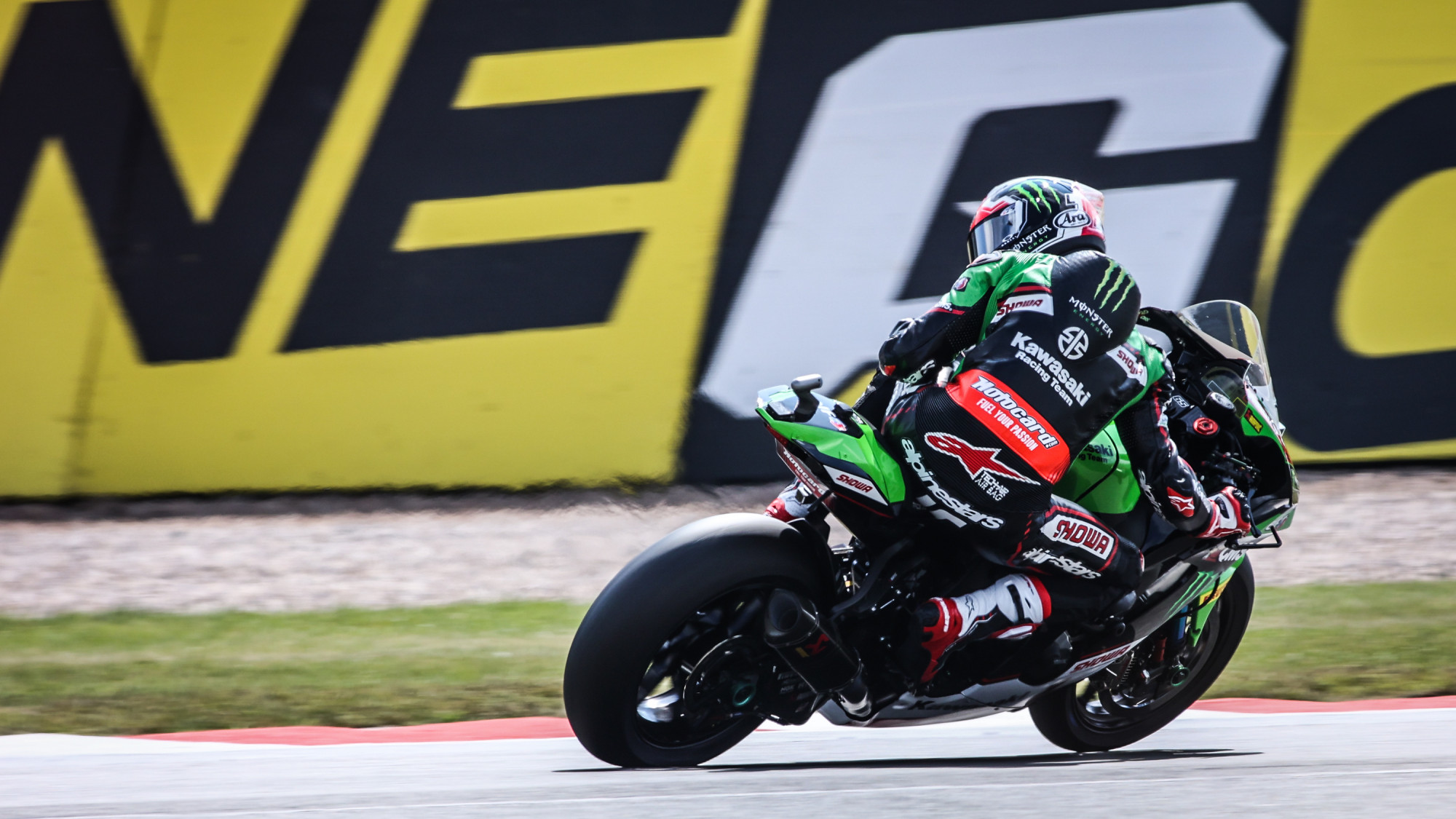 Reigning Champion Jonathan Rea topped the opening session of the weekend by just over two tenths from Toprak Razgatlioglu; all five manufacturers in the top seven

The MOTUL FIM Superbike World Championship returned to Donington Park for the Prosecco DOC UK Round and six-time Champion Jonathan Rea (Kawasaki Racing Team WorldSBK) laid down the gauntlet by topping Free Practice 1 by over half-a-second of his nearest rivals as he looks to get back to winning ways.

Rea posted a lap time of 1’27.841s during the 45-minute session to go fastest in the morning at Donington Park, ahead of Toprak Razgatlioglu (Pata Yamaha with BRIXX WorldSBK). The Turkish star missed out on running in the first 15 minutes of the session and ran out of sync with his rivals but was able to move up the order into second place. In third place was Tom Sykes (BMW Motorrad WorldSBK Team) with the British rider having a small crash at the Turn 11 Melbourne Hairpin when he lost the front of his BMW M 1000 RR, but he was able to return to the track after having his bike checked over in the garage.

Michael Ruben Rinaldi (Aruba.it Racing – Ducati) continued his recent fine form with fourth in the standings in the morning at Donington Park, finishing ahead of American Garrett Gerloff (GRT Yamaha WorldSBK Team) who is learning his second new track in as many weekends following his MotoGP™ last time out. British rider Scott Redding (Aruba.it Racing – Ducati) was sixth, one second away from Rea’s time, after continually improving his time throughout the session.

Leon Haslam (Team HRC) was in seventh as the highest-placed Honda rider with all five manufacturers securing a position in the top seven. Alex Lowes (Kawasaki Racing Team WorldSBK) claimed eighth spot at his local track, just over a second off his teammate’s pace, finishing ahead of Michael van der Mark (BMW Motorrad WorldSBK Team) in ninth; the Dutchman taking an early trip through the gravel at the Melbourne Hairpin, with Chaz Davies (Team GoEleven) rounding out the top ten.

It was a tough start to the weekend for both Kohta Nozane (GRT Yamaha WorldSBK Team) and Eugene Laverty (RC Squadra Corse). Japanese rookie Nozane came into the weekend with a hairline fracture to his right middle finger following a crash during a test at Navarra and completed only four laps, while Laverty only completed an in-and-out lap without setting a lap time at all.