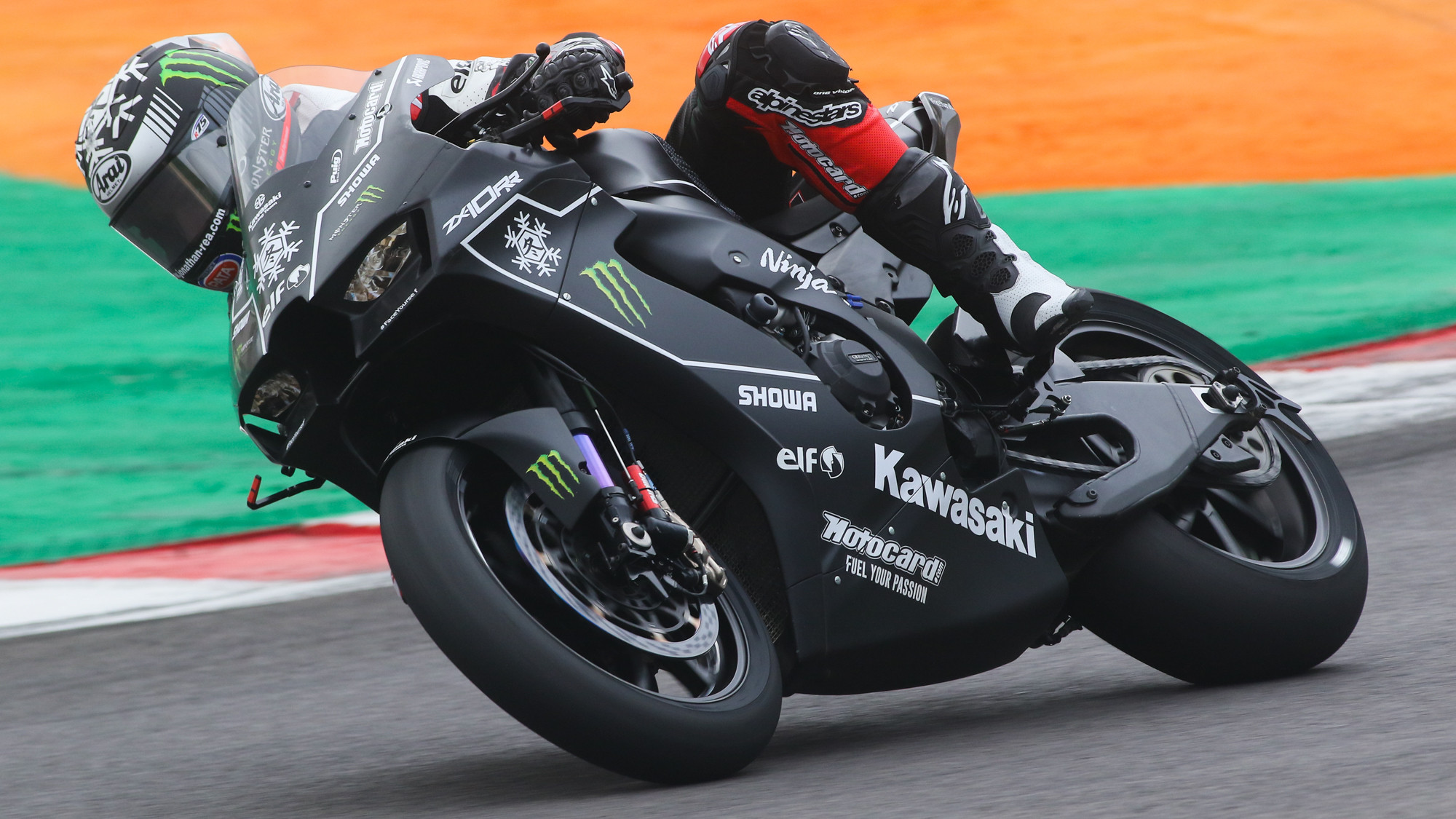 With the 2021 MOTUL FIM Superbike World Championship edging closer, teams and riders continue their preparations in testing with Kawasaki Racing Team WorldSBK and Orelac Racing VerdNatura taking to the Autodromo Internacional do Algarve for a testing day in Portugal. Jonathan Rea was the sole rider for KRT while Alex Lowes continued to recover from a shoulder injury. At Orelac Racing, WorldSBK rookie Isaac Viñales was joined by Raffaele De Rosa and Leonardo Taccini as they prepared for their WorldSSP campaign.

With Rea the only rider from KRT to take the track, the six-time World Champion completed almost 50 laps throughout the day, with Thursday being the only day KRT will now test. Rea’s best time was a 1’41.472s, set on the SCX tyre, as the team continued to develop the brand-new ZX10-RR including adding winglets to the tail of the bike. The postponed second day of testing for KRT, due to a changing weather forecast, will enable the team to use another day of their allocated ten for private testing and will aim to have Lowes back in the seat for their next test.

Rea said: “It has been a positive test because looking at the weather forecast before we arrived, we were not sure how much track time we were going to get. But we did 48 laps today. I felt good with the bike and I was immediately quite fast. The Portimao circuit did a good job of the new asphalt as well. I was able to try that out but more importantly, we focused on the bike set-up and confirming some major items that we will start the season with. We played around with gearbox ratios and final gearings and worked with electronic strategies for managing the power. I feel quite comfortable with that now and we were able to achieve very good lap times.

“The latest seat unit arrived so we focused on the aerodynamics of the bike, getting a comfortable riding position. With the new seat unit, and the wing tunnels in the rear of it, we were able to get some really good info. We did some back-to-back testing with the old fairing and the new fairing, in addition to the new seat unit. We were able to see that the 2021 version had some extra speed in a straight line, which was quite encouraging. Now we can pack up happy and healthy and move on.”

Spanish rider Viñales was the only other WorldSBK rider out on track as he joined Rea out on Kawasaki machinery. Viñales, who has two seasons of WorldSSP under his belt as he moves to WorldSBK for 2021, continued to get up to speed for his debut campaign. Viñales posted a best lap time of 1’43.631s on his Kawasaki bike with the Spaniard lapping around two seconds off Rea’s best time.

Viñales was joined by two WorldSSP riders from the same team as De Rosa and Taccini continued to get up to speed ahead of their respective campaigns in 2021. De Rosa made the Switch from MV Agusta Reparto Corse to Orelac Racing VerdNatura for the new season and will be aiming to secure his first WorldSSP victory while Taccini is preparing to embark on a WorldSSP Challenge campaign for the first time. The pair combined to put in over 100 laps between them throughout the day with De Rosa posting a 1’45.524s and Taccini a 1’49.670s.